Rob Anders wants to stop a bill looking to amend the Canadian Human Rights Act to include "gender identity" and "gender expression" as grounds for discrimination. 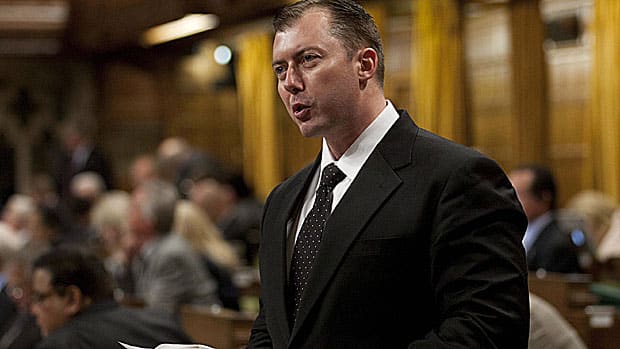 Calgary MP Rob Anders has once again drawn criticism for controversial comments, this time about the transgender community.

Anders wants to stop Bill C279, a private member's bill that would amend the Canadian Human Rights Act and hate crime section of the Criminal Code to include "gender identity" and "gender expression" as grounds for discrimination.

He says the bill's goal is to give transgender men access to women's washrooms, which has led it to be nicknamed the "bathroom bill" proposal.

He said it’s the duty of the House of Commons to protect children from any exposure or harm that will come from giving men this kind of access.

Anders sent a letter and a petition to a local church, urging the pastor to distribute it. The petition can also be found on Anders' website.

He said the comments made by Anders were either made out of ignorance or he is trying to spread fear about transgender people by equating them to sexual predators.

"He clearly doesn't understand the basic concepts to do with transgender Canadians," said Garrison.

He said the bill fills a gap because there are legal questions about whether transgender people are included in protections that are available to all other Canadians.

Garrison said the bill is expected to come back to the justice committee in November, and since 150 MPs have previously voted in favour of the bill he doesn't believe this type of argument will have any sway.

"I guess it's what I've come to expect from Mr. Anders ... time for his weekly apology," he said.

Kelly Ernst, senior program director of the Sheldon Chumir Foundation for Ethics in Leadership, agrees that Anders' petition raises a stereotype that has no basis in fact.

"When you read the petition and bill side by side you understand that the petition really has nothing to do with the intent of the bill," he said.

He said the proposed legislation change only brings the language of the Criminal Code and Human Rights Act up to the standard used in courtrooms and human right commissions that recognize people with different gender identities have equal rights.

Transgender advocate Jan Buterman says he can't believe what Anders is implying with his petition.

"The suggestion that this is somehow some … conspiracy of trans people to sneak into bathrooms deliberately to harm people — it’s ludicrous," Buterman says.

"Trans people have been using bathrooms all over Canada for decades with, as far as I know, zero evidence of any incidents whatsoever."

Anders declined a request from CBC News for an interview on the issue.