Snow-laden roofs of a riding arena in Millarville and equestrian facility in Okotoks collapsed Monday in southern Alberta, leading to some very close calls and "devastating" local residents who used the recreation facilities. 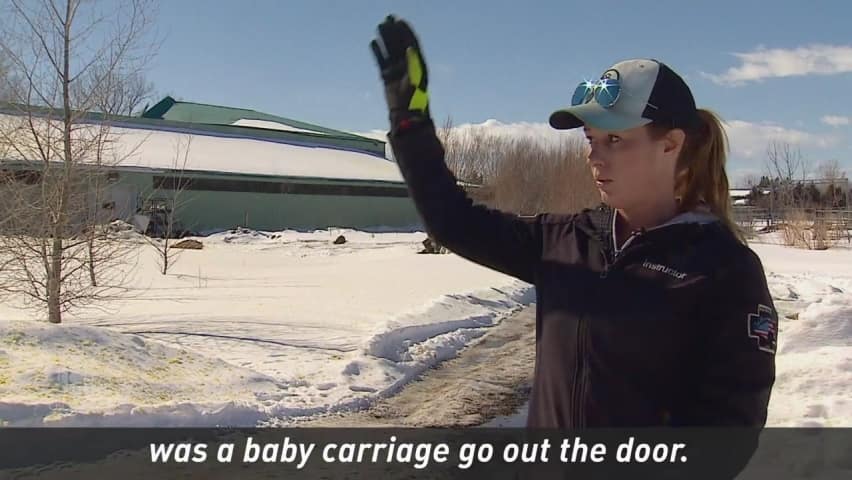 3 years ago
0:42
A witness describes the collapse of the roof at the Millarville Racing and Agricultural Society riding arena. 0:42

Snow-laden roofs of a riding arena in Millarville and equestrian facility in Okotoks collapsed Monday in southern Alberta, leading to some very close calls.

"The roof of the Millarville Racing and Agricultural Society riding arena collapsed. No people or animals were injured," society president Brent Foster said.

"We believe it to be snow. That's what we know at this point but we are having people come in to do an assessment."

He says the arena was built around 1985. It was used for horses and events like fairs and a Christmas market in the community about 50 kilometres southwest of Calgary.

The arena is closed to users and the public, but other nearby buildings such as the hall and Quonset were unharmed.

A nearby business owner says it's a real loss for the area.

"I think it's devastating for the community at large," said Corner House Cafe owner Samantha Carruthers.

"I feel very sad for all the users. We have 4H, the kids clubs, pony club, the summer market. It affects so many people. I feel very sad about it. I hope it can be repaired."

An arena user says a lot of people depend on the facility.

"Millarville is very reasonable in their costs to us," said Jackie Rawn of Millarville Mutts and Mustangs 4H Club.

"They let us volunteer our time to pay for our arena usage, so without that ability the costs would be very high. Most arenas are a whole lot more expensive than Millarville is."

Rawn adds that about 50 kids in her group use the arena to ride horses, train dogs and practise archery.

Also on Monday, a building roof at JM Equestrian Inc. near Okotoks came down, forcing the removal of horses, cats, dogs, pigs and people.

"This was my version of hell. Lives were nearly lost. Please. I beg of you. Trust your gut. I can't tell you how many times we said, 'It's just ice.'"

Langner said the last out of the building, just minutes before the collapse, was a mother in her socks carrying a baby in a car seat.

"It was the most terrifying thing I've been a part of," she told CBC.

"Then the whole thing came down, and it just rained yellow everywhere," she said, describing the insulation scattered across the surrounding snow.

"It was like you're watching those movies with the volcanoes, and the ash is falling all of a sudden. It was surreal."

Last month, a barn roof collapsed on the property of Bradon Equestrian west of Calgary.

Nine horses were in the structure on Feb. 20 but all escaped unharmed.

That same day, the roof of the Fairview Arena in southeast Calgary came tumbling down, one day after city engineers found it to be structurally unsafe. The collapse triggered city-wide arena inspections.