How midway rides have evolved from Ferris wheels to 'dark rides'

The Zipper may be gone from the Calgary Stampede after five decades. But there are different thrills to come — including, possibly, rides that can read your facial expressions, says a midway anthropologist.

The Zipper — a Ferris wheel-like amusement ride — has been retired after five decades at the Calgary Stampede midway.

We just have to accept the news and move on. But a midway ride anthropologist says that while we grieve the loss of that classic ride, there are plenty more to keep the heart pumping.

"These classic rides — the carousel, the Ferris wheel, roller-coasters, of course — we almost can look at them as an art historian would look at great works of art. They have imbued within them history, memories," Scott A. Lukas told The Homestretch this week.

"It is that sense of nostalgia and that desire to hold on to the past a bit in terms of a ride like this one."

Lukas says amusement park rides have a history in and outside of North America.

"Maybe people trace the roller-coaster, hundreds of years ago, to the Russian ice slides, but really in North America in the early 1900s we get amazing rides at Coney Island, all sorts of spinning rides.

"We get the carousel, the Ferris wheel — the first real use of it was at the 1893 World's Columbian Exposition in Chicago. The 1900s were definitely an era, the heyday for many rides, particularly the roller-coaster," he said.

"There is a rich history there of all sorts of rides that we can appreciate." 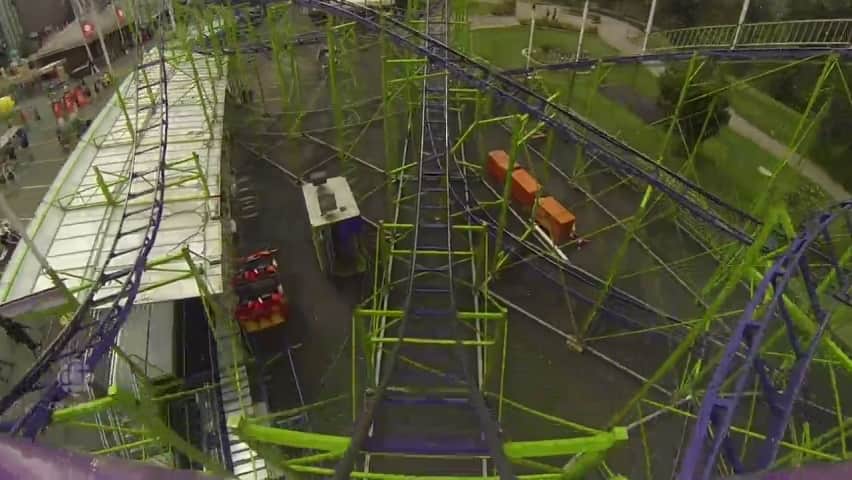 Lukas says the popularity of dark rides, like Disney's It's a Small World and Pirates of the Caribbean, has gone beyond amusement parks.

"A dark ride is a little different than some of the spinning rides or some of the roller-coasters because you are slowing things down for the guests so that they can appreciate a story," Lukas explained.

"Even museums, particularly in the U.K., are using forms of dark rides to tell stories to the guests and that's quite a departure."

Lukas says Ferris wheels, which became popular in the late 1800s, offered guests a new and exciting perspective at the time.

"If you think about the time, 1893, people weren't flying around in airplanes, so it was really quite a new thing for a person to get that high, 100 or 200 feet in the air, and see the ground below — just a marvelous experience," he said.

Sensory rides emerged in the early 1990s but have evolved a lot, Lukas says.

"You experience water and its sensory potentials. Other rides today allow you to experience fire. I just read about a Disney ride patent for a new sensing device that will read facial expressions," he explained.

"It will take into account your known interests and adapt and customize the ride over time … which I find maybe a bit alarming in some respects."

Comes down to the feels

"It was really about what it did to your body," Lukas said of how a ride can make you feel.

"A great roller-coaster is all about the kinetics, the motion, and, in a lot of places, it's also about experiencing the natural landscape, going through the trees, the wind blowing in the face."