A prominent voice is entering the Energy East pipeline debate in a way that only Rick Mercer can. 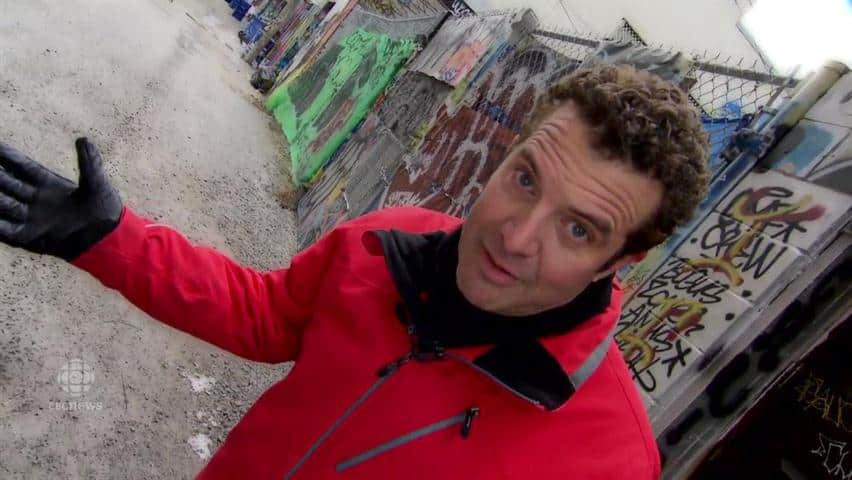 5 years agoVideo
1:55
In his latest rant to air Tuesday night, Rick Mercer goes after Mayor Denis Coderre for saying the pipeline proposal doesn't have enough in it for Montreal. 1:55

If you're one of the many Albertans ticked off by Montreal Mayor Denis Coderre's opposition to Energy East, take heart you're not alone.

The Montreal Metropolitan Community, a grouping of 82 Montreal-area municipalities led by the mayor, came out last Thursday against the Energy East plan.

​The group's opposition is the latest challenge to TransCanada's proposed project, which would carry 1.1 million barrels a day of oilsands crude through Quebec to an export terminal in Saint John, N.B.

But now a prominent voice out of Ontario is entering the debate in a way that only Rick Mercer can.

In his latest rant, set to air on the Rick Mercer Report Tuesday night, he goes after Denis Coderre for saying the pipeline proposal doesn't have enough in it for Montreal.

'Nothing to do with Montreal'

Mercer concedes that while many Canadians "hate the fact that the world is addicted to oil and Canada is sitting on a whole bunch of it," it would be in the country's best interest to approve the project.

"We all need this thing," said Mercer.

He points out that as a "have-not" province, Quebec received $9.5 billion in transfer payments last year "as they should" to make sure all Canadians have the same standard of living.

But it's a fund that Alberta pays into because of its oil wealth, even though the provincial economy is tanking. Mercer reminded his viewers that "we are all in this together."

Prime Minister Justin Trudeau will meet with Coderre on Tuesday to talk about the pipeline. It comes after interim Conservative Leader Rona Ambrose called Coderre's remarks about the Energy East pipeline "insulting" and said they threaten national unity.