The lawyer of the man accused of killing an Alberta peace officer has requested to have his client's mental state reviewed by a psychiatrist. 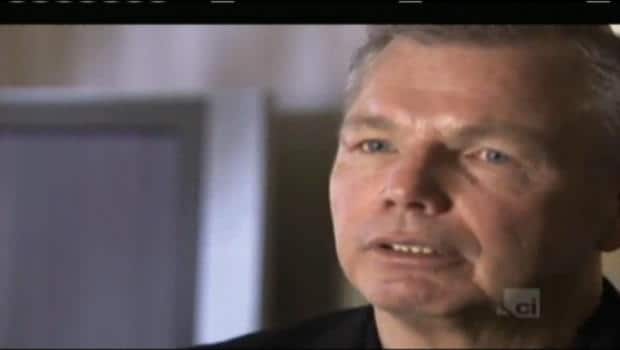 The lawyer of the man accused of killing an Alberta peace officer has requested to have his client's mental state reviewed by a psychiatrist.

Trevor Kloschinsky, who was charged with first-degree murder in the death of High River peace officer Rod Lazenby, appeared via closed circuit TV in a Calgary courtroom Monday.

Kloschinsky walked into the room and leaned against the side wall, looking away from the camera. He never spoke.

The 46-year-old man from a rural property near Priddis, Alta., was represented by duty counsel lawyer Stephen Jenuth.

Jenuth said his client needs to see a psychiatrist, telling Judge Cheryl Daniel, "You can see how he is on screen, hiding against the wall."

Jenuth said he had difficulty interviewing Kloschinsky and said the guards had to hold the phone to his ear. The lawyer said he didn't know if it was a physical or mental problem.

The next appearance for Kloschinsky is scheduled to be in Okotoks, Alta., on Tuesday at 9 a.m. MT.

Lazenby was a Level 2 peace officer, meaning he was not armed with pepper spray or a baton.

A peace officer's main role is to preserve and maintain public peace.

Lazenby, a retired Mountie, was a rural peace officer who was tasked with enforcing municipal bylaws in the M.D. of Foothills since January 2009.

He died while responding to an animal complaint in the Priddis area on Friday.

"He was a true professional, a strong team player and thorough with his work," municipal manager Harry Riva Cambrin said in a release.

"Officer Lazenby was a huge asset to the M.D. of Foothills and will be greatly missed."

As the criminal investigation into Lazenby's death continues, Alberta Justice is doing its own review.

Minister Jonathan Denis says the review will examine whether Lazenby should have been armed and working with a partner.

The review is welcome news to George Woof, head of an Alberta peace officers association that has raised the issue before.

"Around the table of our association I'd say 90 per cent of the officers would love to be armed for their own protection," he said.

Some argue that arming peace officers wouldn't necessarily keep them, or the public, safer — like Erin Gibbs Van Brunschot, who teaches sociology at the University of Calgary.

"I would suggest that people look at the types of legislation that these individuals are enforcing and the reality of the fact that these are rare incidents and probably not necessarily preventable by having individuals armed," he said.

No timeline has been set for when the government will finish its review.