A 145-year-old southern Alberta church went up in flames three years ago, and now its restoration has ripped open old wounds of residential schools — illustrating two opposing paths in a time of reconciliation.

Fire destroyed the historic church 3 years ago, but not everyone wants to see it restored 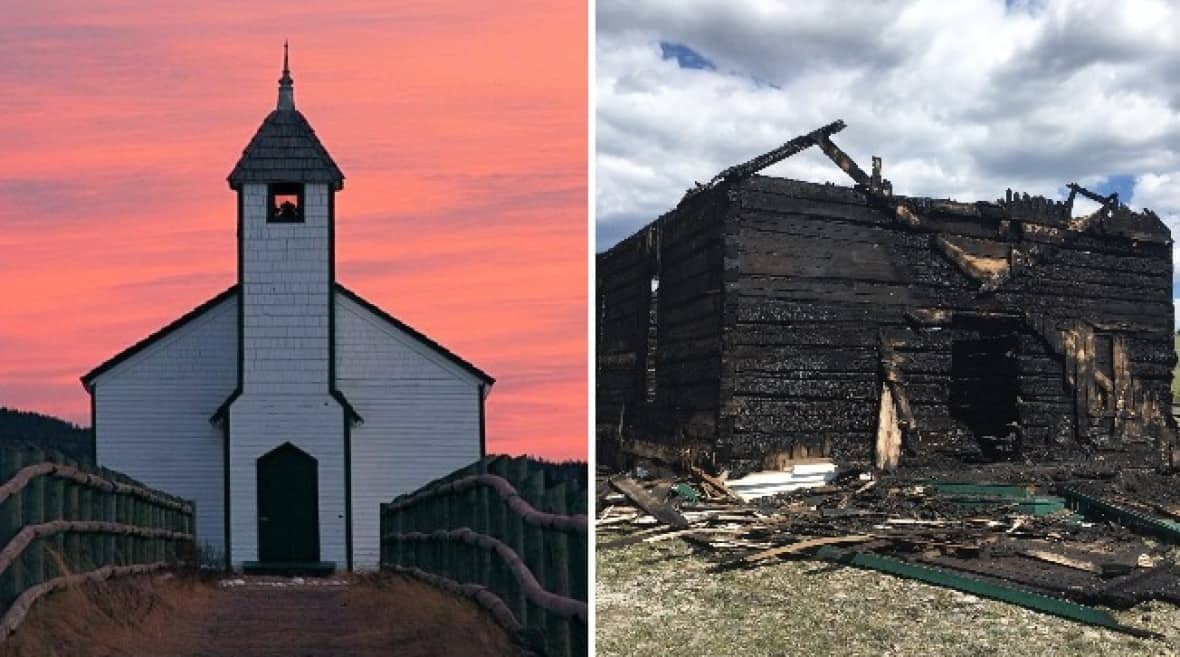 7 months ago
3:37
The path to reconciliation is not an easy one, but it's being travelled west of Calgary as they rebuild the historic McDougall Church piece by piece after it burnt to the ground. 3:37

A 145-year-old southern Alberta church went up in flames three years ago, and now its restoration has ripped open old wounds of residential schools — illustrating two opposing paths in a time of reconciliation.

The people behind the restoration of the McDougall Memorial United Church hope it can be a symbol of communities that were once united and a starting point for conversations about the future.

McDougall Church was built on land adjacent to the Stoney Nakoda First Nation community of Morley — roughly halfway between Calgary and Banff — by missionary George McDougall and his son, John, in 1875.

A second church opened in the heart of Morley years later, followed by a residential school in 1926.

While the McDougall Church was not directly part of the residential school system, its symbolism as a Christian church blurs that distinction for some who live nearby.

McDougall's great, great, great-granddaughter says she knows the restoration is not without critics, but she hopes something positive can arise from the ashes.

"I feel energy for the future. Working together and coming forward to understanding our histories: the McDougalls and the Stoney Nakoda Nation," Brenda McQueen told CBC News.

"Listening to each other's stories and making a better future for the next generations by understanding what happened in the past and being able to learn from that, so that we can move forward."

McQueen is the president of the McDougall Stoney Mission Society, the driving force behind the project.

"I am very proud of what we have done with the restoration, but I am even more excited about what we are going to be doing next."

That's an interpretive walk named Through the Eyes of the Stoneys.

"It's going to be an opportunity for the elders and the youth to have that talk with us, so we can all share stories and understand the history," McQueen said.

But one Stoney elder is very much against bringing any of the churches back.

"A lot of abuses took place there," Tina Fox said regarding the Morley Residential School.

"Students have been physically abused, spiritually abused, sexually abused and mentally abused. We were called stupid Indians, dirty little Indians. 'You will never amount to anything,' and things like that. When we came out of school, we had no sense of self-esteem. We felt worthless, unworthy. It's a reminder of bad things that happened to us as residential school students."

Fox acknowledges that while many people at Morley share her view, others are supportive of the project.

In fact, it's not the only divide. For example, Fox and her son disagree on the issue of removing historic monuments that honour people like Canada's first prime minister, John A. Macdonald, who mistreated Indigenous people.

Her son says leave them up so people can learn. Fox says bring them down, unless they tell the full story.

The Stoney Nakoda Nation administration opposes reconstruction, even appealing to the provincial government to withdraw the site's historic status.

The province approved the project in February of last year, recognizing that though there are many views on a complex issue like this, the building still has historic value.

With files from Vincent Bonnay