The Calgary Stampeder's Maurice Price is in hot water after publicly making comments about Michael Sam, the first openly gay player to be drafted in NFL. 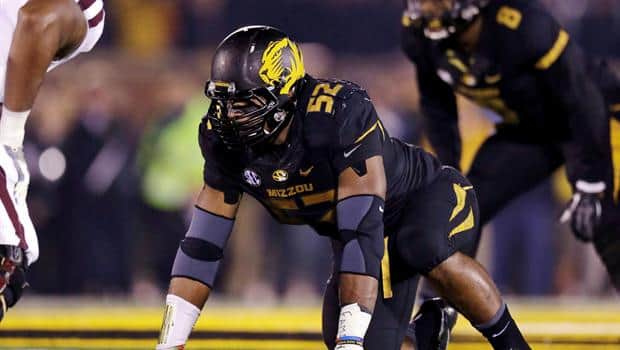 7 years ago
1:27
Calgary Stampeder in trouble after voicing his opinion on 1st openly gay player drafted to NFL. 1:27

The Calgary Stampeder Maurice Price is in hot water after publicly making comments about Michael Sam, the first openly gay player to be drafted in NFL.

"My faith won't let me accept what took place over the weekend. Sorry, not sorry! #AdamAndEve #NotAdamAndAdam," tweeted Price.

"And it's highly disturbing that under the current constitution individuals have been fined for verbalizing their thoughts."

After a lot of negative response to the tweets, Price posted again.

"Of course my words get misconstrued. I wish Sam nothing but the best and hope he has a fantastic career. It's nothing personal against him."

Price later deleted all of the tweets.

The Stampeders quickly responded, sending out a statement through both Twitter and email.

"The Calgary Stampeders are outraged by the offensive comments made today in tweets from Maurice Price’s account," the team tweeted.

"The comments are repugnant and in no way reflect the organization’s views or values. The matter will now be dealt with internally."

"I'd speak to him and I'd ask him if he could understand how offended I was," said Allen.

"One of the tweets was, 'It nothing against them, it's nothing personal,' I'd ask him to consider his bias, his bigotry. You know, in the context of his own race maybe, and think about any discrimination he's faced in his life."

Price, an African-American athlete who was born in Orlando, Fla., has played the last two seasons in Calgary.

Don Jones, who plays for the Miami Dolphins, was fined Sunday and ordered to undergo educational training after sending a negative tweet about Sam.