They are sweet treats with less sugar, and no gluten, that are helping an award-winning pastry chef turn heads at the Calgary Farmer's Market.

'It makes them smile, that’s what makes me happy,' says Marie Ghesquière

They are sweet treats with less sugar, and no gluten, that are helping an award-winning pastry chef turn heads at the Calgary Farmer's Market.

"People usually react by saying, 'Oh, are these soaps?' No, they're marshmallows. 'Oh, can I try one?' Of course. And then it's, 'Oh, wow. It's different," Ghesquière told CBC News. 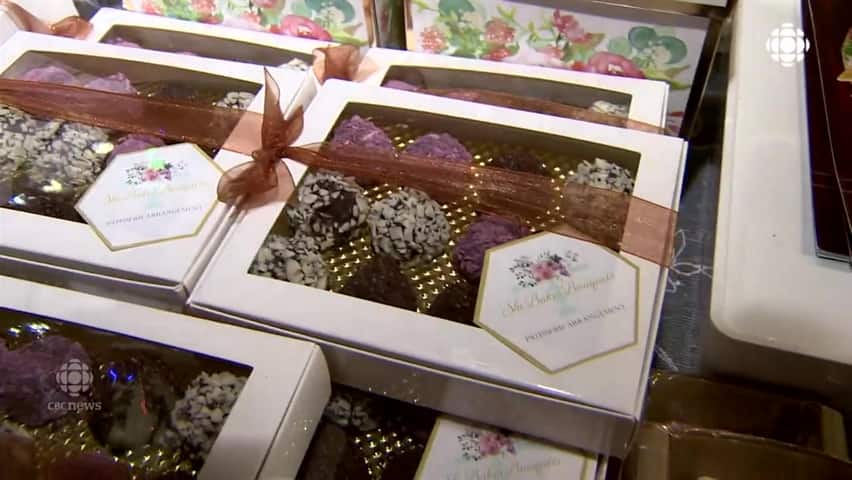 Ghesquière and her husband moved from France in 2003 and set up shop a year later at the Calgary Farmers' Market in Currie Barracks.

The market closed in 2010 and her involvement in Ladybug wrapped in in 2016.

But since March, Ghesquière has been back at the Calgary Farmers' Market.

"Each week, there's something new," she said.

"I really got into it, and I've developed a whole collection of marshmallows. I'm inspired by nature. I spend an hour every day walking, and flowers inspire me. That's why I chose 'She Bakes Bouquets' as the name for our new business."

Her sweet creations are a source of happiness, she said.

Ghesquière's last day at the market is Dec. 23 but you can still find her online.

With files from Radio-Canada's Audrey Neveu and Jocelyn Boissonneault