The number of continuing care facilities in Alberta with COVID-19 outbreaks of two or more cases has more than tripled in three weeks, causing advocates to sound the alarm.

'Quite frankly it's a situation in our province of our own making,' says CEO of Brenda Strafford Foundation

The number of continuing care facilities in Alberta with COVID-19 outbreaks of two or more cases has more than tripled in three weeks, causing advocates to sound the alarm.

In three weeks, the total number of active COVID-19 cases in Alberta care homes has shot to 123 from 40.

As of Wednesday morning, 351 residents of long-term care facilities or supportive/home living sites have died of COVID in the province since the pandemic began, according to the government.

That's 64 per cent of the 551 reported COVID deaths in Alberta.

"It's very challenging and quite frankly it's a situation in our province of our own making," said Mike Conroy, CEO of the Brenda Strafford Foundation, which runs a number of Calgary care homes.

At one of them, Clifton Manor in southeast Calgary, an ongoing outbreak has led to 74 COVID-19 cases and three deaths.

For months, Conroy has been calling for dedicated contact tracing and testing at Alberta continuing care facilities.

The care homes that he's in charge of conduct asymptomatic testing every three days during an outbreak.

And as recently as last week, Conroy had to wait three days for a batch of swab results — eight of which came back positive.

"My expectation, and I've been trying to secure a commitment, is that we should get those results in 24 hours, because it's information … the sooner we have the results, the sooner we can take action," he said.

Staffing is another major challenge for care homes as they battle through the second wave, said Lorraine Venturato, a nursing professor at the University of Calgary.

"It's kind of coming in like a tsunami and there hasn't been as much attention being focused on continuing care as there was in the first wave and yet the situation is probably more dire now," she said.

According to information published by Alberta Health Services, there are more than 190 COVID cases connected to active hospital outbreaks right now, and at least 20 deaths have been linked to the outbreaks.

Hospitals across the province are working to dedicate 2,200 beds for COVID patients, as they did last spring, Premier Jason Kenney said in the legislature on Monday.

Alberta has reported more than 1,000 cases a day for nearly two weeks, and ICU and hospital numbers continue to hit record highs.

For his part, Conroy says the province's restrictions aren't working and he thinks it's time for a so-called "circuit-breaker" style lockdown.

A circuit breaker lockdown is a short period of more stringent restrictions with a defined end point where non-essential services are shut down in order to reduce spread, allowing the system to catch up to the number of cases.

What is a ‘circuit-breaker’ lockdown and does it work?

2 months agoVideo
1:58
As COVID-19 cases continue to surge across Canada, provinces are implementing the short, sharp "circuit-breaker" lockdowns to fight the spread of the virus and prevent health-care systems from being overwhelmed. 1:58

Kenney's UCP have fielded repeated calls from doctors and others for a circuit-breaker lockdown in past weeks.

Among them, the Alberta government has received letters from groups of hundreds of physicians and three major health-care unions in the province urging the government to institute a "circuit-breaker" targeted lockdown. 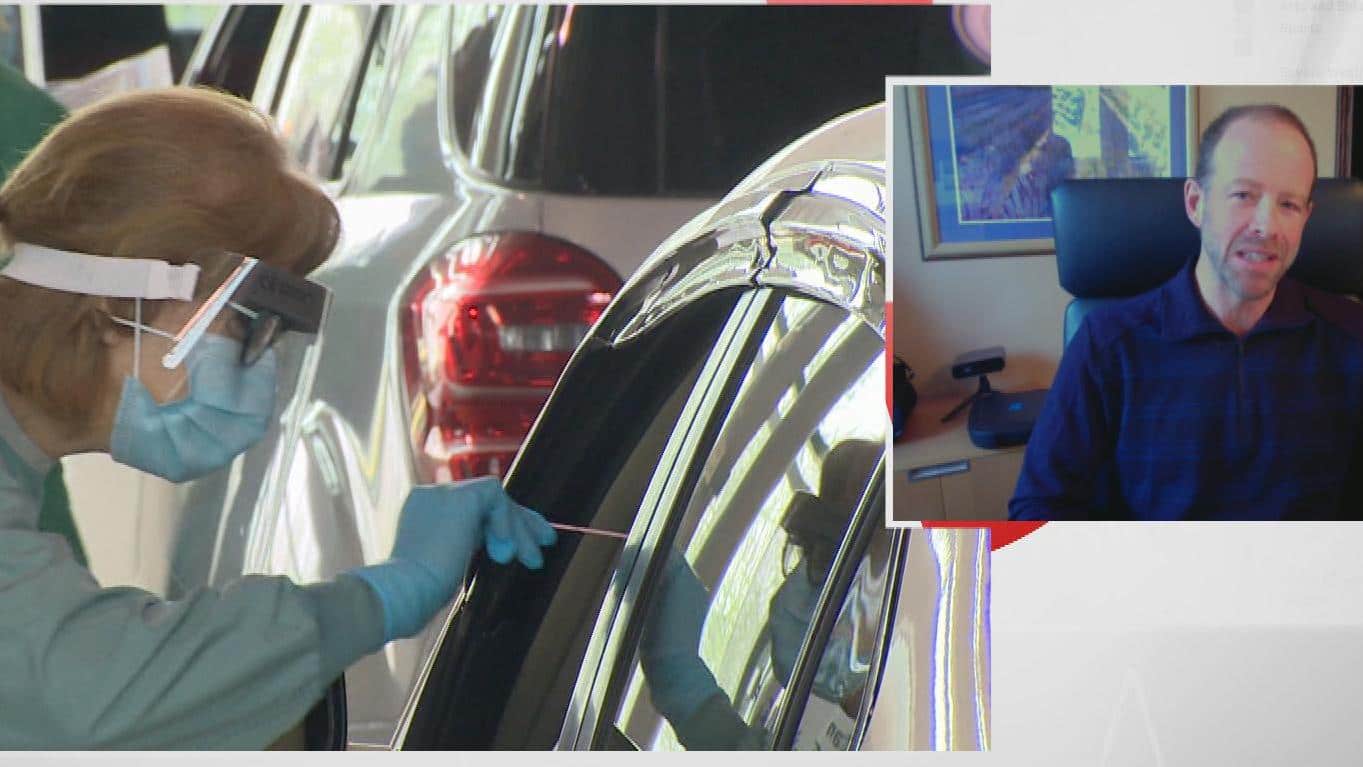 2 months agoVideo
5:05
Doctors in Alberta have sent a second letter to the provincial government asking it to impose a brief, strict 'circuit-breaker' lockdown to help slow the spread of COVID-19. According to Dr. Darren Markland, the respite would give those running the contact tracing system time to reorganize.   5:05

The retiring head of the Calgary Emergency Management Agency, Tom Sampson, also called for up to a 28-day "circuit breaker" lockdown, adding it should happen now to salvage the holiday season. 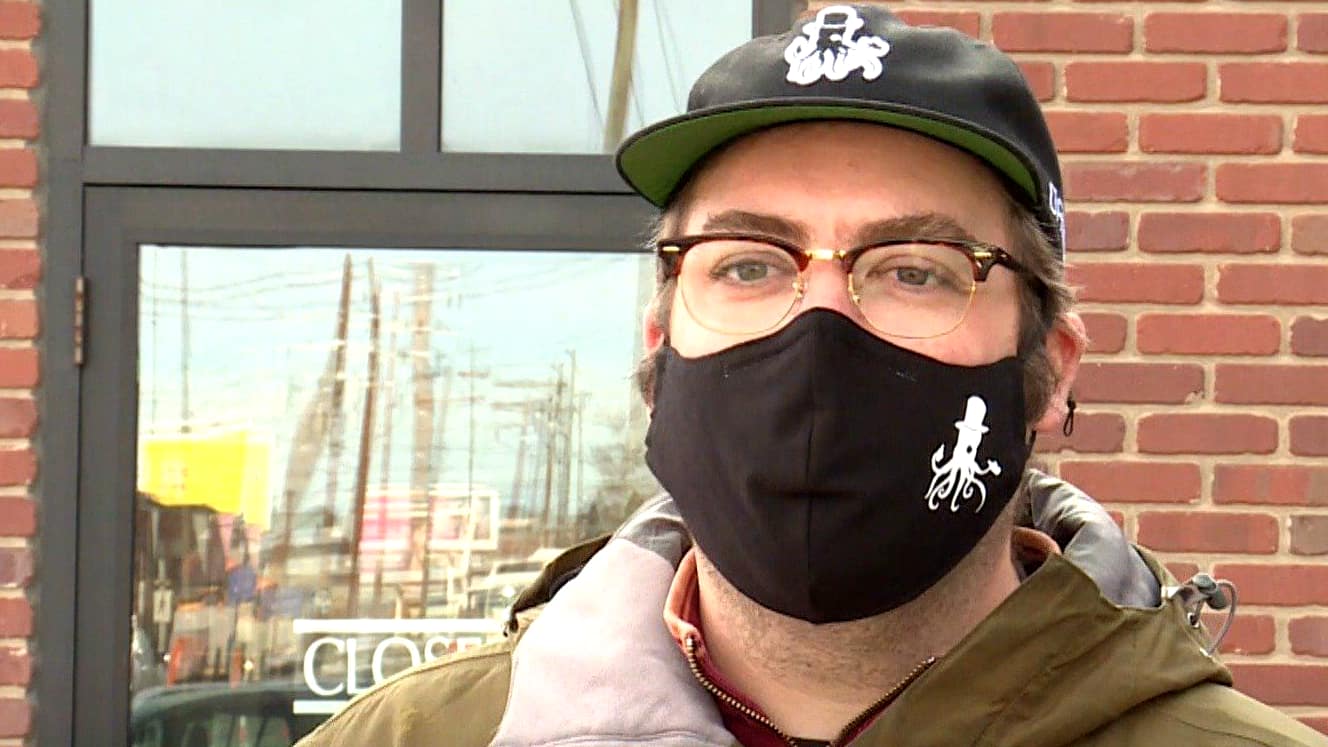 2 months agoVideo
1:20
Some operators are concerned if something isn't done to reduce sky rocketing COVID numbers now that their businesses will suffer more in the long run. 1:20