For the third year in a row, Christian Falkenberg-Anderson was among the unlucky 16,000 who tried — and failed — to secure a ticket on the bus to Lake O'Hara.

'The average person, they really don't have a chance to get in,' says Calgary Outdoor Club vice-president 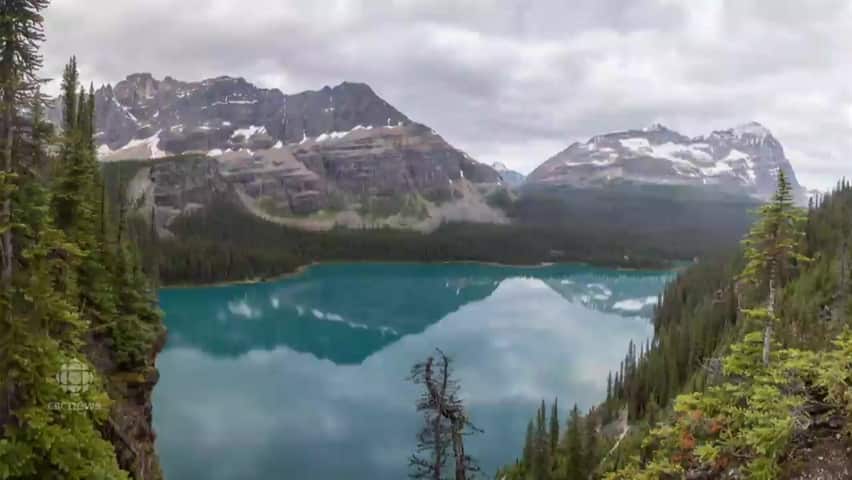 About 17,000 people log on to the Parks Canada website each spring in an attempt to snag tickets on the limited bus service to Lake O'Hara in Yoho National Park.

For the third year in a row, Christian Falkenberg-Anderson was among the unlucky 16,000 who tried — and failed — to secure a ticket.

He hit the "refresh" button on his web browser.

"So everything re-loaded on the website," he said. "And then, at that point in time — everything was gone. Like there was nothing available. And this was 15 seconds after the bookings opened."

Frustrated by his experience, Falkenberg-Anderson wonders if others are using bots or some type of automated script to snatch up all the tickets at once.

"No, that is not true at all," said Richard Dupuis, visitor experience manager for the Lake Louise, Yoho and Kootenay areas.

"It's a fair process. It's first-come, first-serve."

Dupuis said Parks Canada monitors the bookings in real-time and retroactively, "looking for any inconsistencies" that might point to abuse of the system.

They have found none.

He said 95 per cent of the bookings are made by unique users. No one is buying in massive blocks.

The problem for most would-be visitors who want to make a day trip to the picturesque alpine lake nestled just on the west side of the Alberta-B.C. border is that there are just so many of them.

"This has been pretty consistent over the years."

Lorrie Wazny, a vice-president with the Calgary Outdoor Club, spends a lot of time hiking, running and skiing in the mountains.

She hoped for years to visit Lake O'Hara, after seeing photos of the stunning vistas, and finally got her chance in 2015.

"It is just a paradise, but so few of us can get there," she said.

"The average person, they really don't have a chance to get in to see Lake O'Hara."

She said there are a lot of complaints among her club's members about how hard it is to secure a bus ticket for a day trip.

Dupuis said there are other options to get on the bus, but it involves booking a guided trip to the area or booking overnight accommodations.

The accommodations include Parks Canada campsites, two nearby huts operated by the Alpine Club of Canada, or the more luxurious — and expensive — Lake O'Hara Lodge.

Those accommodations are also in high demand, but some still manage to get on the bus that way, even if they don't want to spend the night.

"What unfortunately is happening is people are paying the price for the overnight accommodations just to get the bus ticket and go up for one day," Wazny said.

"That has its setbacks, because the true mountaineers who want to book the overnighters so they can do their climbing, the accommodations are getting sold out to people who aren't actually utilizing them."

There is one other option, though.

"So you've already invested 22 kilometres in your day and it doesn't leave you any time or energy to walk around and see the beauty of the Lake O'Hara area."

The road is closed to outside vehicles, and bicycles are prohibited.

Wazny hopes Parks Canada will change its booking system for day trips on the bus, because she believes the current system isn't working.

"They've got to maybe not pre-sell the whole season right upfront in April, to give some people a chance," she said.

"Just to be able to go on a day trip, we would like to see maybe a block every day left open for the people that are just coming up randomly on the weekend."

Dupuis said the system is working as it's designed to.

He noted it's possible to book up to six spots on the bus per purchase but, on average, people book only about three.

He also said Parks Canada is not considering expanding the bus service because it wants to maintain the "unique alpine experience" of Lake O'Hara.

In the meantime, would-be visitors like Falkenberg-Anderson will have to wait until next year to try their luck again.

With files from Andrew Brown