'A matter of time': Kootenay bat count to prepare for white-nose syndrome invasion

Western Canada has so far been free of the devastating white-nose syndrome — responsible for the deaths of millions of bats — but a Parks Canada ecologist says many believe the invasion is imminent. 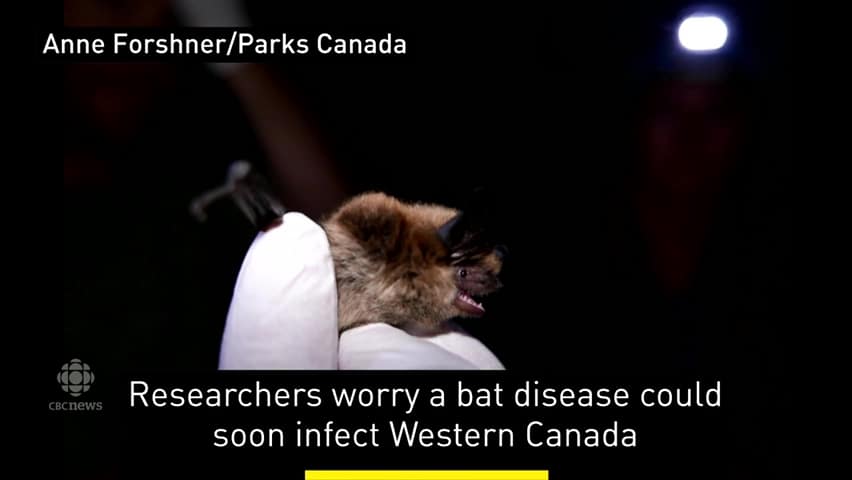 Western Canada has so far been free of the devastating white-nose syndrome — responsible for the deaths of millions of bats — but a Parks Canada ecologist says many believe the invasion is imminent.

"People expect that it will show up out here," Anne Forshner told The Homestretch Tuesday.

"We do know that it is now in the west in the United States. It was documented in Washington in 2016 and Nebraska in 2017. We don't know when but we suspect that it's a matter of time."

She hopes a recent species inventory in Kootenay National Park will help the agency with the latest data if and when the syndrome makes an appearance.

"We are trying to collect information that we can use, in advance of white-nose syndrome showing up, to understand the potential implications for us here and also to help us guide our future conservation and restoration efforts," she explained.

A broader inventory, including other mountain parks, began in 2015. The two hardest-hit species so far are the little brown bat and northern myotis.

"It was just after the two species were listed as endangered under the Species at Risk Act," Forshner said.

"That was really the catalyst for us to collect information because we knew that we didn't have anything recent on the species that were affected."

Forshner says there are two ways to help reduce the spread of white-nose syndrome. In mountain parks, access to the caves and mines where they hibernate require permits which include a decontamination protocol.

She said being familiar with the process is important, as is ensuring when you leave a campsite that you don't have any bats hitching a ride.

Forshner says the importance of bats in the food chain cannot be understated.

"They consume remarkable amounts of insects," she explained.

"Mosquitoes, moths, beetles, all sorts of things. Worldwide their value to industries like agricultural and forestry is estimated to be in the billions of dollars. They are very, very important members of the ecosystem."