Caring staff at the Calgary Zoo did what all the king's horses and all the king's men couldn’t in the classic Humpty Dumpty nursery rhyme: Put an egg back together again. And it’s not their first rodeo.

Caring staff at the Calgary Zoo did what all the king's horses and all the king's men couldn't in the classic Humpty Dumpty nursery rhyme: put an egg back together again.

And it's not their first rodeo.

"Even the most experienced moms and dads have challenges with their wee ones," the Calgary Zoo wrote in a release.

"During the final stretch of a nearly two-month long incubation period, Grace and Solomon's egg became cracked after Grace moved away from it, and it rolled down the beach into some rocks. Damage to an egg during the incubation journey is an incredible obstacle to overcome for a hatchling."

Zoo staff stepped in to help the king penguin parents.

An air cell in the egg that the chick needs to survive was damaged.

The "significantly cracked" egg was moved to a special incubation room where it got a top-notch patch job, but the chick still was not home free.

"Against all the odds, the tiny chick tried to hatch itself," the zoo said.

"This wee one didn't have any more strength left. It needed experienced helping hands. The Calgary Zoo team gently assisted the chick, ever-so-carefully breaking the shell first and then the egg membrane so that it could ease its way into the world."

The chick has been reunited with its parents and it's being monitored for weight gain.

This isn't the first broken-egg intervention performed by zoo staff. About a year ago they came to the rescue and helped save another damaged egg when it was found after the August long weekend.

Parents Grace, who is 12 years old, and Solomon, 17, are the first members of the zoo's Penguin Plunge, which launched in 2012. 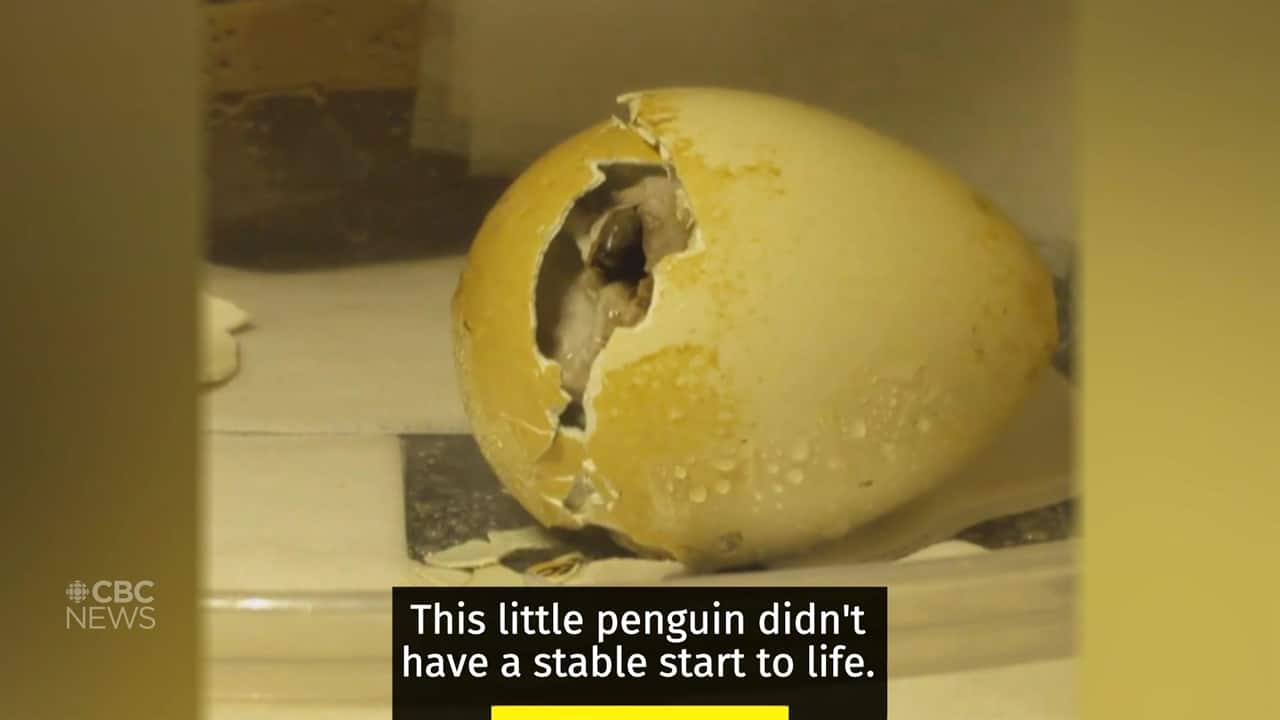 King penguin chick gets a hand

3 months ago
0:30
A king penguin chick had a rough start in life but is now thriving thanks to Calgary Zoo staff 0:30
CBC's Journalistic Standards and Practices|About CBC News