Alberta Premier Jason Kenney wants U.S. president-elect Joe Biden to give the Canadian government a chance to make the case for building the Keystone XL pipeline.

'This is about the Canada-U.S. relationship,' Alberta premier says as fate of pipeline hangs in balance

Alberta Premier Jason Kenney wants U.S. president-elect Joe Biden to give the Canadian government a chance to make the case for building the Keystone XL pipeline.

Kenney will seek legal damages if reports are true that Biden plans to scrap the pipeline expansion project on his first day as U.S. president, the premier said Monday.

"We hope president-elect Biden will show respect for Canada and will sit down and at the very least talk to us," Kenney said.

The 2,700-kilometre pipeline would carry roughly 800,000 barrels of oil a day from Alberta to the Texas Gulf Coast, passing through Montana, South Dakota, Nebraska, Kansas and Oklahoma.

First proposed in 2008, the pipeline has become emblematic of the tensions between economic development and curbing the fossil fuel emissions that are causing climate change. The Obama administration rejected it, but President Donald Trump revived it and has been a strong supporter. Construction has already started. 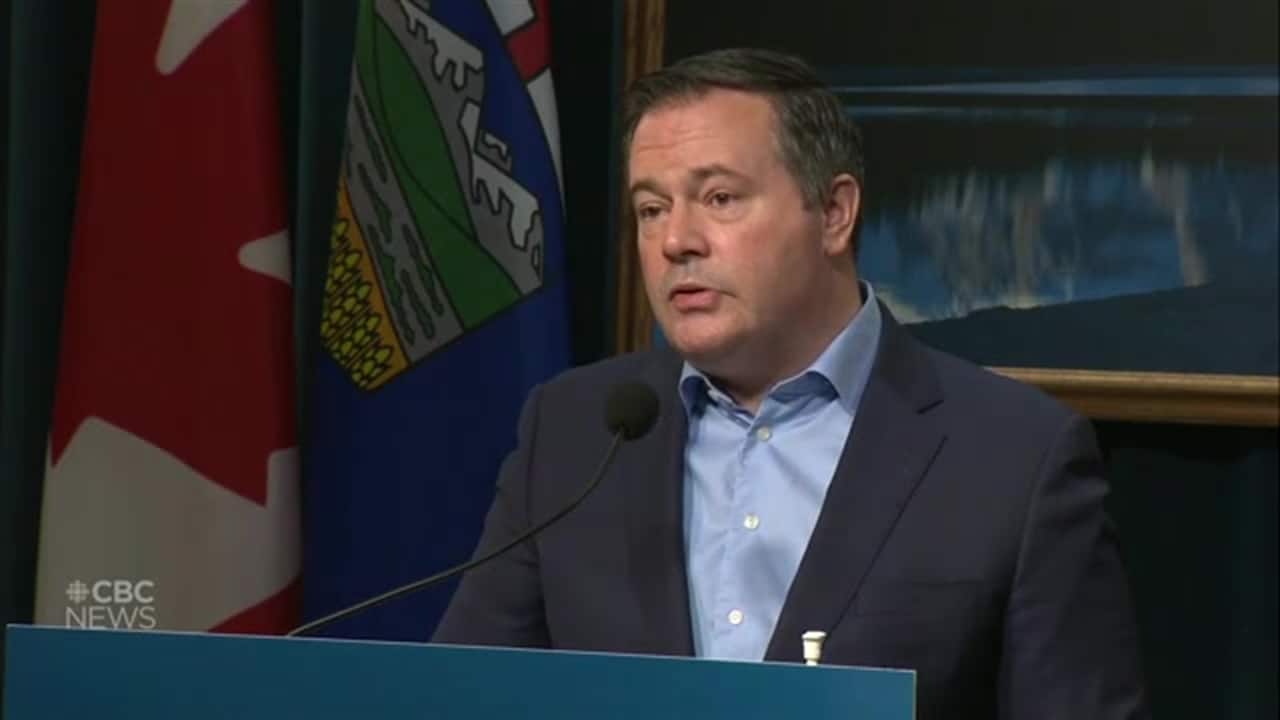 Prime Minister Justin Trudeau raised Keystone XL as a top priority when he spoke with Biden in a phone call in November. The project is meant to expand critical oil exports for Canada, which has the third-largest oil reserves in the world.

Trudeau and Biden are close and largely politically aligned, but the pipeline is expected to be an early irritant, as Biden has said he would cancel it.

"This is about the Canada-U.S. relationship," said Kenney, whose province has a financial stake in the pipeline.

After reports surfaced that it would be cancelled on the first day of Biden's term, Calgary-based TC Energy Corp. announced late Sunday it would spend $2.2 billion US on a solar, wind and battery-powered operating system for the pipeline to ensure it is zero-emission by 2030 and rely exclusively on union labour.

Alberta NDP Leader Rachel Notley said it was clear for a long time that Trump, an ardent supporter of the pipeline, might not be re-elected as U.S. president and that the Alberta government failed to both act on and plan for such an outcome.

"They should have found a less expensive and risky way to keep the project alive throughout the period of uncertainty that was created by the impending U.S. election," she said Monday.

WATCH | Notley's reaction to the news: 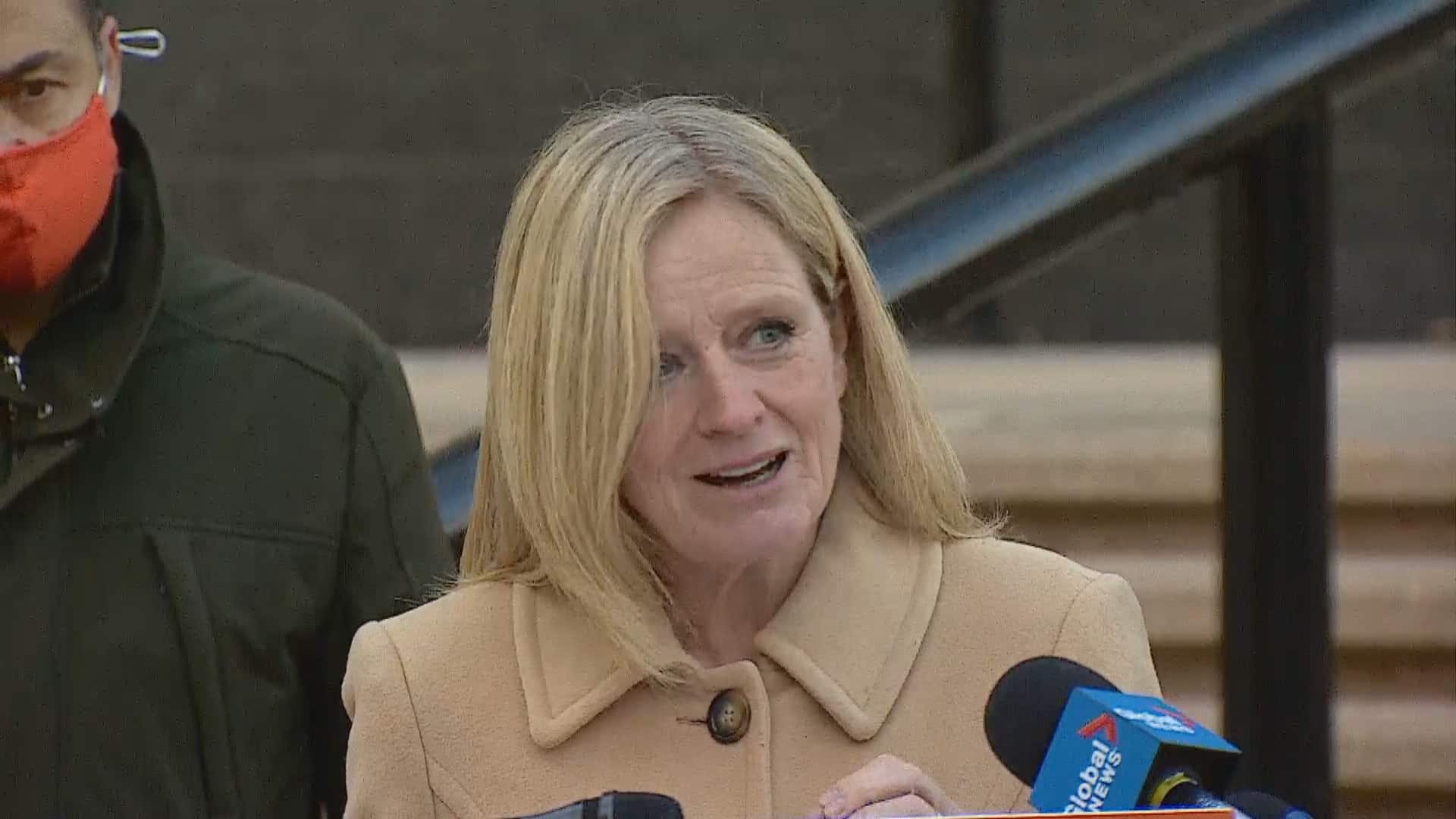 1 month ago
1:12
Alberta NDP Leader Rachel Notley says Alberta's UCP government has hurt the province's reputation and prospects for securing pipelines by failing to act as 'a critical partner' in the international battle against climate change. 1:12

Once Biden secured the presidential nomination for the Democrats and signalled his intent to make climate action a priority, Notley said Alberta needed more than ever to demonstrate it could be a "a critical partner in the continental battle against climate change."

"If this project — or any other pipeline for that matter — has any chance of success, the UCP needs to get out of the business of denying climate change," she said.

"They need to board up that ridiculous failure that is the so-called 'war room' that has been nothing but a bumbling mess. And they need to stop using taxpayer dollars to legitimize junk science that denies climate change, as we have seen from the Steve Allan inquiry."

Trudeau might soon have a chance to discuss Keystone XL with the Biden administration.

John Kerry, Biden's special presidential envoy for climate, will be focused on reaching out to foreign leaders in the administration's first days, and Trudeau is expected to be among them, according to a source close to the Biden transition team, who spoke to CBC News on condition of confidentiality because they were not authorized to speak publicly.

Kerry — as Secretary of State in 2015 — recommended that President Barack Obama reject the Keystone XL permit for fear it would worsen climate change.

Federal Natural Resources Minister Seamus O'Regan said in a statement his government continues to make the case for the pipeline to American colleagues.

"Canadian oil is produced under strong environmental and climate policy frameworks, and this project will not only strengthen the vital Canada-U.S energy relationship, but create thousands of good jobs for workers on both sides of the border," he said.

Roland Paris, a former foreign policy adviser to Trudeau, noted it has been Biden's position to cancel Keystone for a long time.

"Still, he should recognize that peremptorily revoking the permit without first giving Canada a chance to make its case wouldn't exactly send a signal of renewed friendship that he has promised towards America's closest allies," Paris tweeted.

Kenney also said Alberta has a strong legal basis for seeking damages if the Keystone XL pipeline expansion is killed.

The premier said Alberta is getting legal advice in both Canada and the U.S. about seeking compensation if the project is scrapped.

He says James Rajotte, a former Alberta member of Parliament, is working for the province to lobby Washington, and construction unions that supported Biden but favour the project are reaching out to his transition team.

Calgary Mayor Naheed Nenshi said it was "extremely disappointing" to hear of Biden's plan and he was "deeply concerned" about the economic implications if the pipeline is indeed cancelled.

"It's very problematic for Alberta because we believe that this makes sense within Canada's [climate] action plan. I know the prime minister feels that way as well and will continue to advocate for this," Nenshi said.

"That said, it's not exactly like this was a surprise," the mayor added.

"The president-elect was the vice-president in the White House that cancelled the project. He has signalled his desire to cancel the project for many, many months. And so my expectation would be that the provincial and the federal governments would have been working very, very hard not just on lobbying him to change his mind but also various contingencies."

With files from the Associated Press and Canadian Press