Premier Jason Kenney urged rural municipalities to work with the province to help struggling oil and gas companies Tuesday, adding they can't get "money from a stone."

He made the comments following a survey that said the oil and gas sector owes $173 million in unpaid taxes to rural municipalities — more than double since a similar report was done last spring.

Speaking to reporters Tuesday, Kenney said the sector has seen a few bankruptcies in the past year while other companies are barely hanging on.

"You can't wring money from a stone," Kenney said, suggesting that could be the case for a number of smaller natural gas producers who are having trouble right now. 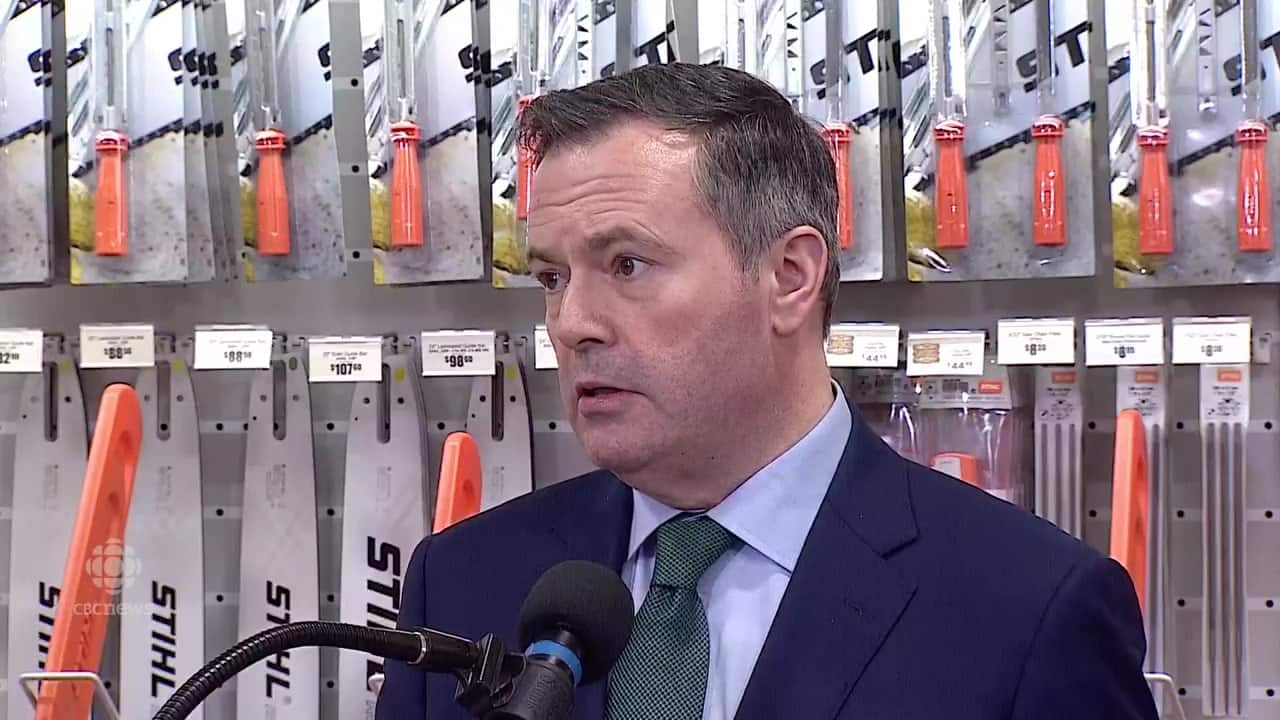 'You can't wring money from a stone'

"The best solution, in our view, is to create a future for those companies that are struggling."

Rural Municipalities Alberta (RMA) distributed a survey of its members Monday that showed the amount of unpaid taxes from oil and gas companies had grown by 114 per cent since a similar survey last March.

Years of low oil prices have left many small producers in dire straits but rural communities say those unpaid taxes are leaving significant holes in their budgets.

The RMA said legislative gaps make it difficult to recover lost taxes from energy companies. When an oil and gas company goes bust, municipalities rank below regulators as creditors, the association said.

Al Kemmere, president of the RMA, told CBC News Tuesday he will meet with the provincial minister of municipal affairs next month to discuss the situation.

Asked about the premier's comments, Kemmere agreed there needs to be discussion about solutions, but cautioned rural municipalities only have so much flexibility under the Municipal Government Act. 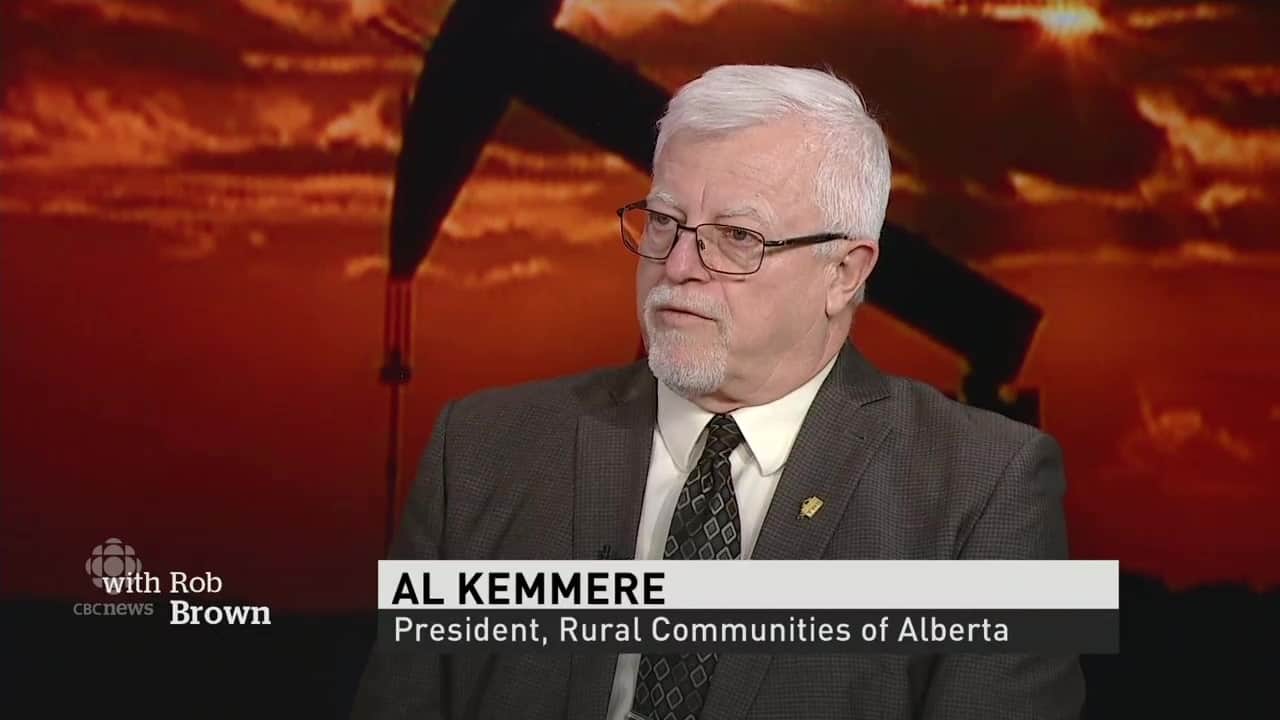 1 year agoVideo
5:03
Al Kemmere, president of the Rural Municipalities of Alberta, explains the problem affecting dozens of local governments in the province. 5:03

"We are also in a very limited scope of what we can do, too, because [while] other levels of government can … build a deficit into their budget, we cannot," Kemmere said.

"That limits us again on what we can do and how we can find solutions. We either balance a budget every year or we are in contempt of our own act."

But Kemmere maintained they don't have that authority other than through the civil courts — something he said could be "really messy" and puts risk on taxpayers.

On Tuesday, Kenney was asked how the province would find a balance between the rural municipalities and the industry. He said he didn't view them as competing priorities but competing realities.

"On the one part, the municipalities need the revenue and they have every right to assess it and and to seek to collect it — they have the legal right to collect it," Kenney said.

"But for companies that are on the verge of bankruptcy, they have no cash and very little in the way of assets. There's not a lot to go after.

"So I would just say with the municipalities, you know, work with us to try to create the best conditions to turn that economic situation around."

The industry is seeking reforms to how taxes are assessed on oil and gas companies.

Properties are assessed by the provincial government, which evaluates them on replacement cost and not on market value, Ben Brunnen, vice president of the Canadian Association of Petroleum Producers, said Monday.

"What we're seeing is a need to update the way our assets are valued inside municipalities," he told CBC News.

"If we do that, we'll find a way for companies to then … perhaps invest more because the economics are better over the long term and our industry will come out stronger."

On Monday, Ponoka County Reeve Paul McLauchlin said about 40 per cent of unpaid taxes are from severely distressed companies in an industry hard and widely hit by lower resource prices. The rest of the shortfall is from companies that continue to operate but don't pay.

"My personal opinion is that this is a tax revolt," McLauchlin told Canadian Press. "They are using this as a lever to decrease their assessment and change those costs."

A group concerned about the unpaid taxes, the Alberta Liabilities Disclosure Project, is planning a protest outside the McDougall Centre in downtown Calgary on Wednesday.