Jason Kenney plans to deliver an urgent message to Justin Trudeau's Liberals when he takes part in the first ministers meeting in Ottawa on Friday — Alberta needs more help from the federal government, now.

'It's time for Ottawa to have Alberta's back' 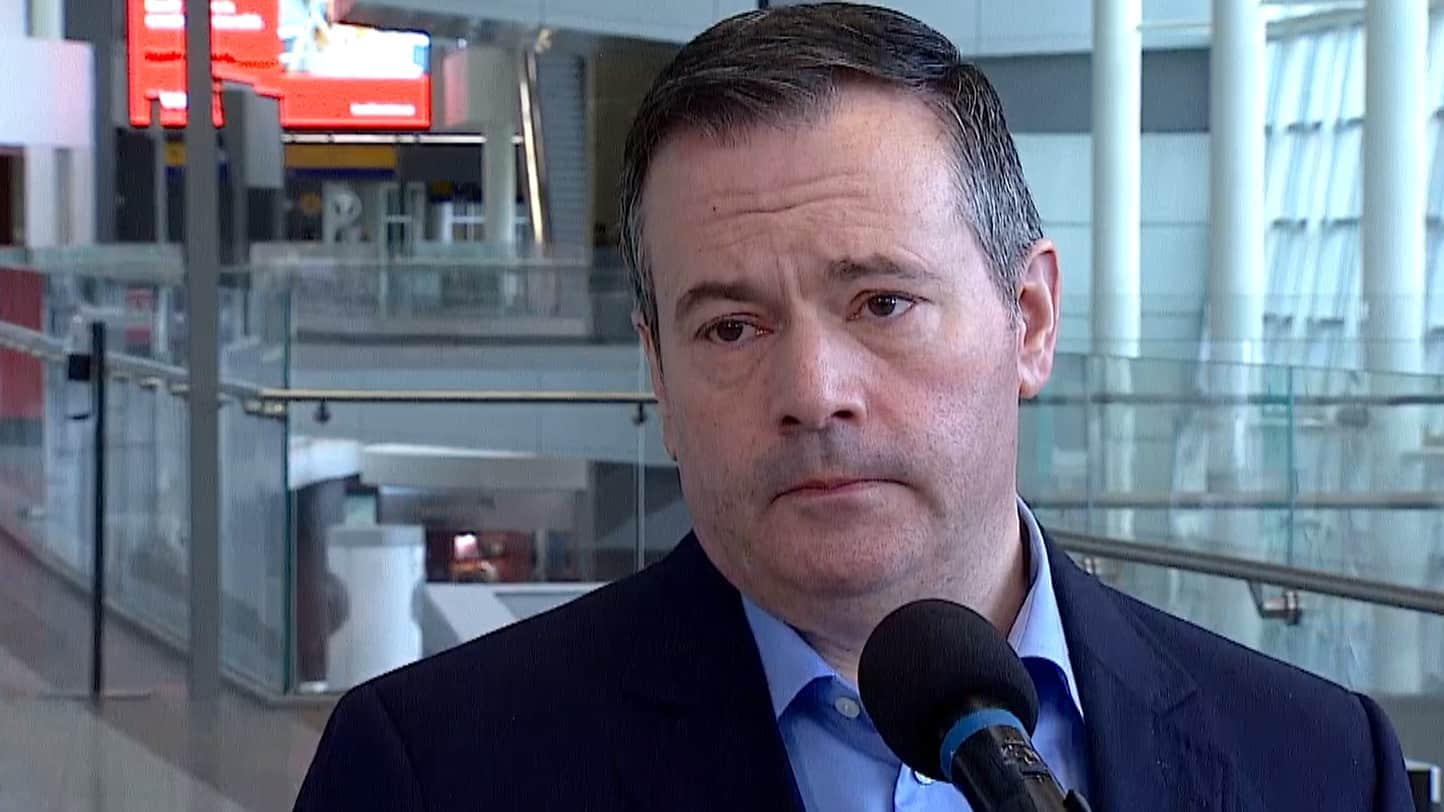 'We need the government of Canada to have our back,' Jason Kenney says

11 months agoVideo
1:51
Alberta's premier is looking for financial support for the energy industry as he heads to Ottawa, saying the province is facing a "triple whammy." 1:51

He promised that his United Conservative Party government would press the federal government for immediate help for workers and employers threatened by the economic fallout from the global coronavirus pandemic and the latest plunge in global oil prices.

It has further hammered a province that has been struggling since the 2014 global oil downturn.

"We are facing a triple whammy," the premier said in a news conference in Calgary Wednesday morning before flying to the nation's capital.

"Alberta has had Canada's back. It's time for Ottawa to have Alberta's back."

Kenney said job cuts are expected to hit the province's oil and gas sector in the comings weeks as a struggling industry grapples with a sharp plunge in crude prices.

The latest price crisis started Friday, when OPEC tried to get Russia to agree to production caps in order to stabilize oil prices. When Russia refused, Saudi Arabia opened the taps.

Oil prices slid dramatically on Monday, sparking panic in the stock markets and sending the price of crude tumbling more than 25 per cent — the largest single-day drop since the beginning of the Gulf War in 1991.

Canadian energy companies were sold off hard. By the close of trading on Monday, for example, Suncor's share price had dropped down nearly 18 per cent, CNRL plunged more than 29 per cent and Cenovus lost more than half of its value — 51.65 per cent.

The latest crisis landed just over a week after Kenney's UCP government introduced a budget that relies heavily on the well-being of the energy sector. 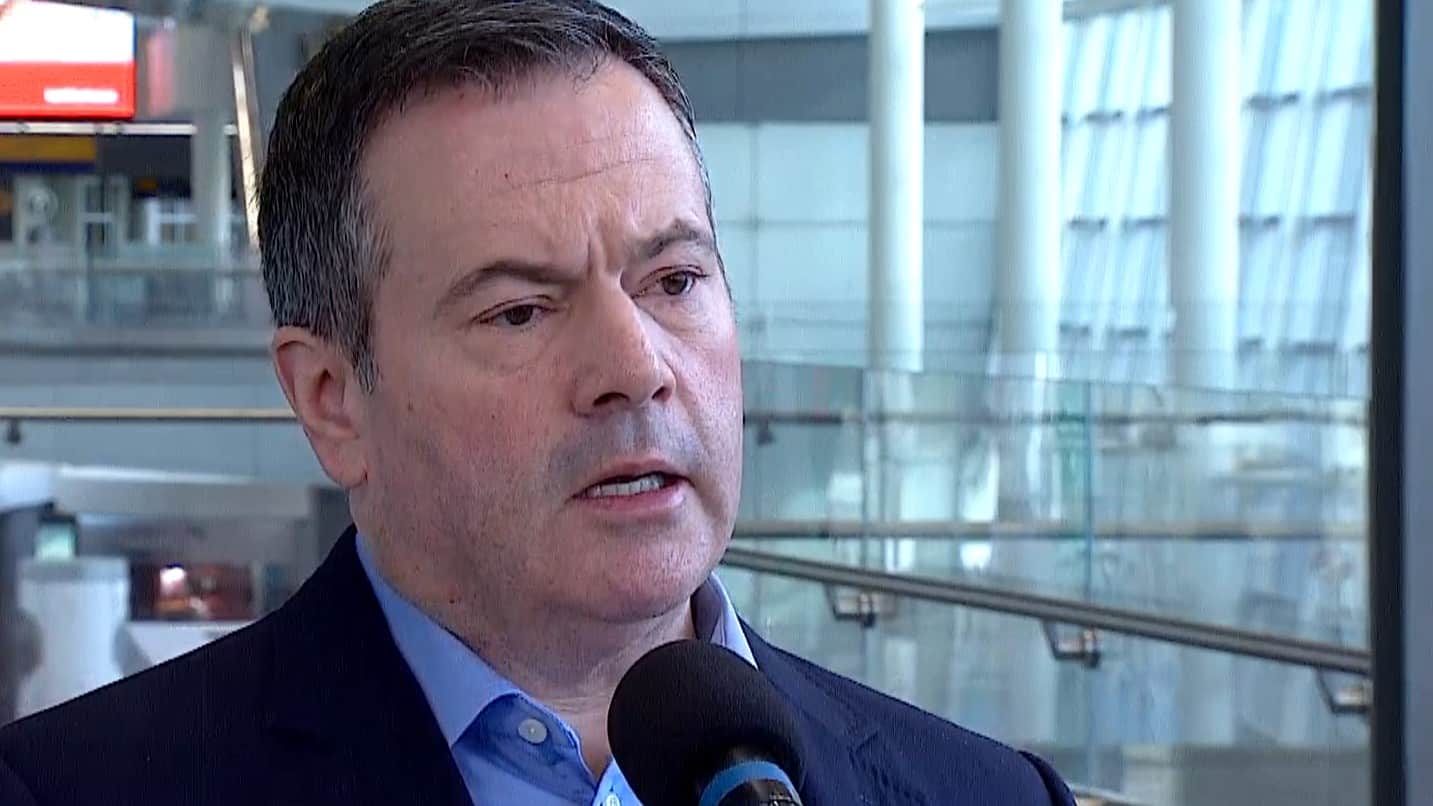 11 months agoVideo
2:27
Alberta premier's wants Justin Trudeau to stop "hammering the industry" and focus on economic recovery. He plans to take that message with him to Ottawa. 2:27

Kenney says every dollar reduction in the price of West Texas Intermediate oil, which traded at about $42 US on Friday, takes about $200 million out of provincial revenues.

Earlier this week, he acknowledged that a prolonged global downturn could derail his government's plan to balance Alberta's budget by 2022-23.

The premier reiterated that he would ask the federal government for a range of relief measures, including:

He also said he's worried that crude-by-rail shipments would fall dramatically — to around 100,000 BPD in April from 500,000 BPD in March — which could back up inventories.

"We will not allow that to happen," he said. "We will use the curtailment tool to responsibly to ensure at least a survival price for our producers to get through this period."

Kenney also took a swipe at the Trudeau government, suggesting it needs to get its priorities straight.

"We need the government to get refocused on the economy," he said.

"Enough about dealing with every fashionable issue out there, and the virtue-signalling, and the UN Security Council and all the rest of it. We are facing an economic crisis in Canada and we need the national government to act accordingly."

The spread of COVID-19 is also expected to be a hot topic as the premiers meet Friday, with Canadian Chief Public Health Officer Dr. Theresa Tam to give a briefing on the latest information.

The coronavirus outbreak that has infected thousands of people in more than 100 countries is a pandemic, the World Health Organization said Wednesday.

As of Wednesday morning, there have been more than 90 confirmed cases of the illness in Canada and one death. The number of reported cases in Alberta doubled on Tuesday to 14.

Also on Wednesday, the federal government announced a $1-billion package to help Canadians cope with the COVID-19 outbreak, with half of the money going to the provinces and territories.

The package includes $275 million for additional research, such as vaccine development, and $200 million for federal medical supplies, supports for Indigenous communities and education efforts.

The federal government also will waive the one-week waiting period for employment insurance to assist workers and businesses affected by the novel coronavirus, and explore other measures to support affected Canadians, including income supports for those who are not eligible for EI sickness benefits.