Police have laid charges after an incident shared on social media Saturday that shows a man spitting on a woman and using a racial slur.

Police have laid charges after an incident shared on social media Saturday that shows a man spitting on a woman and using a racial slur.

A statement posted to Twitter by the University of Calgary on Sunday identified the man as Justin Williams, a former U of C Dinos men's basketball manager.

On Monday afternoon, the Calgary Police Service confirmed three assault charges have been laid against Williams, as well as a charge of possession of a weapon.

Williams is accused of threatening a witness who had confronted him.

"During the incident, the offender, while unprovoked, allegedly spat on at least three separate individuals and used racial slurs," said police in a written statement.

"A witness confronted the offender, who then threatened the witness with a weapon."

We strongly condemn the actions in this video and join the community in extending our support to victims Jessica and her boyfriend. Justin Williams has not been an employee of UCalgary since February and his past social media comments were reported to CPS by our staff.

Calgary resident Jessica Lau, 27, said she was skateboarding after 8 p.m. on Saturday along a pathway in Inglewood with her boyfriend.

Enjoying the weather, Lau's boyfriend happened to be filming as Williams turned the corner on a bicycle.

"The police even said I did nothing to receive that kind of treatment," Lau said. "He went by very, very quickly, and spat as much as he could. I actually got some in my face and it landed on the side of my arm."

"I was like, 'What happened?' It wasn't after I saw the video that I realized that's what he said," Lau said.

WATCH | Jessica Lau was riding a skateboard down a Calgary path on Saturday when she was spit on and called a racial slur: 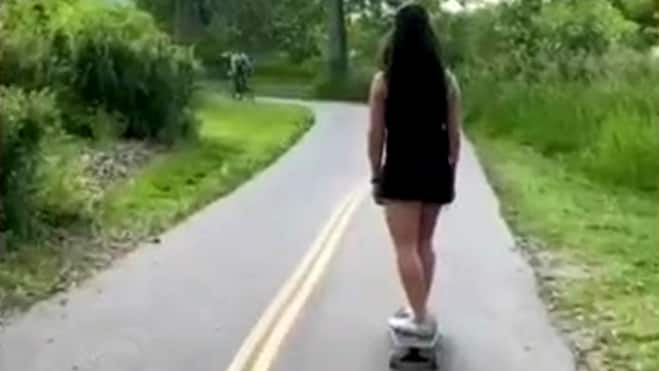 Man spits on passerby, calls her a racial slur

2 months ago
0:19
Police are investigating an incident shared on social media Saturday that shows a man spitting on a woman and using a racial slur shortly afterwards. 0:19

Police said they used the video provided by Lau for identification purposes.

Despite being shocked when it happened, Lau said she wasn't taking it personally.

"I want him to be stopped, but I hope that he gets the help that he needs," Lau said. "I know it's not because of who I am."

The Calgary police hate crimes unit will review this investigation, according to CPS.

WATCH | Jessica Lau discusses how it felt to hear the racial slur: 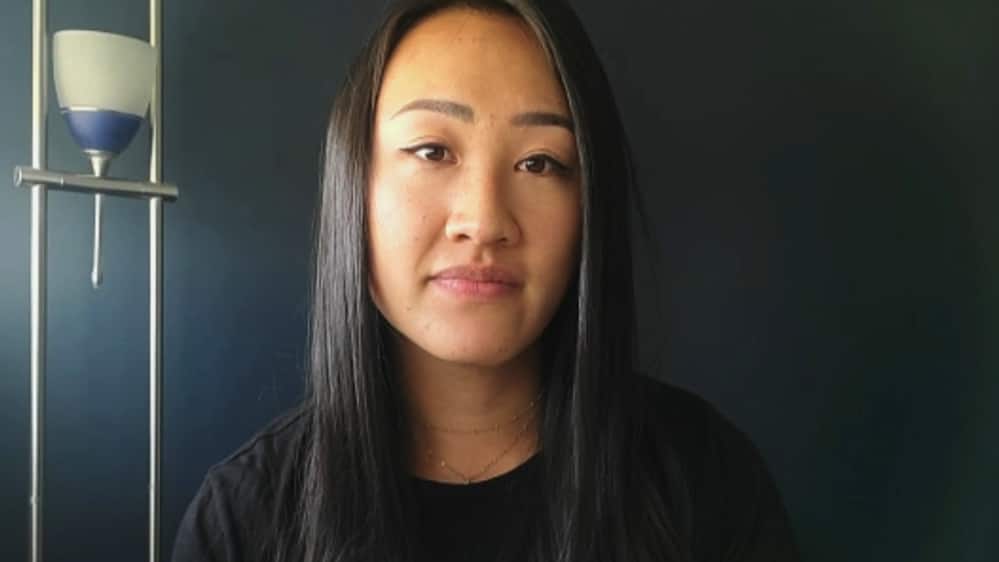 2 months ago
0:31
Calgary resident Jessica Lau, 27, talks about how it felt to be called a racial slur after being spit on Saturday. 0:31

Police say others have come forward since and further charges could be laid as the investigation continues.

Erica Wiebe, Olympic wrestling champion, said she was walking with her partner along the bike path near Memorial Drive when it happened to her.

"I looked up and this guy was lining up to spit on me. He did, I turned away, it didn't make contact, and he just kept on biking by. We were just flabbergasted," she said.

She mentioned the incident to a friend on Sunday afternoon, and her friend told her about the video of Lau.

"I can't confirm it was him for sure … it was at the same time, around the same place. It was just crazy that it happened more than once potentially," she said.

"Never in my life have I experienced something like that. Me and my partner talked about it, we were like, 'can you imagine being someone who faces discrimination and may experience that as a reality more often than not. It's crazy to think about."

With files from Andrew Brown, Sarah Rieger and Meghan Grant