Our food guide, Julie Van Rosendaal, takes a closer look at trends that impacted the world of food in 2017.

Some may stand the test of time, some could become a distant memory

Some may stand the test of time, some could become a distant memory. CBC Calgary food guide, Julie Van Rosendaal, takes a closer look at trends that impacted the world of food in 2017.

How does she feel about instant pots?

"Not a fan," Van Rosendaal told the Calgary Eyeopener on Wednesday.

"I don't own an instant pot because I already have a pressure cooker and a slow cooker, which are its two main functions."

But, she says, the seven-in-one food preparation and cooking device is hot this year.

"It sold out all over the city and people love them. It's the rebranding. There have been electric pressure cookers for a long time and slow cookers and even the combination. You can make yogurt in seven easy steps but you can also make it in a jar with a spoon on your counter. You can do soft-boiled eggs in four minutes instead of five minutes. It does all these different things," she said.

"If it gets people cooking, then it's a good thing."

"The unicorn latte, then unicorn cupcakes, everything neon purple and pink. It was really a marketing ploy to have something that is Instagramable, which is really smart by Starbucks. They put out these unicorn frappuccinos and everyone was promoting them because they are photo-worthy. The unicorn thing, I think, is gone, but the whole concept of food that is Instagramable is not," Van Rosendaal said.

She adds that some eateries and coffee shops even have a backdrop area to help people take better photos that include the company branding.

"We have moved on from avocado toast to sweet potato toast, which I think will be even more short-lived than avocado toast," she said.

"You take a sweet potato and you slice it and toast it in your toaster. We had cauliflower pizza crusts, and cauliflower rice was big for a while."

"There is a website called wewantplates.com and there are all these photos of restaurant dishes served on cutting boards with the sauce dripping off the edge or in a shoe. It is hilarious what creative things that restaurants all around the world are serving their food in that are not plates," Van Rosendaal said.

"I am a little bit worried about the new year," she said.

"I think we might see less cooking with trends toward meal kits. There are tons of them, especially out east. The whole idea is that you cook your own meal but you don't have to plan or shop. Everything is pre-measured. They send you a box. It's insulated. It's got the recipes, everything that you need. You cook dinner and people love it. I hear about it all the time," Van Rosendaal explained.

"Meal kits are a huge trend. UberEats is now a thing. It will be interesting to see if Amazon buying Whole Foods, whether it will change food delivery in general and prices."

Van Rosendaal says cookbooks have been huge this fall.

"When it comes to cookbooks, there are a lot of Middle Eastern cookbooks and Scandinavian cookbooks coming out in January and the new year," she said.

"I feel like there are more vegan cookbooks than vegan people. There are a lot of vegan cookbooks. And then there is the ketogenic diet, is sort of the opposite of vegan. It's no carb, it's all meat and fat." 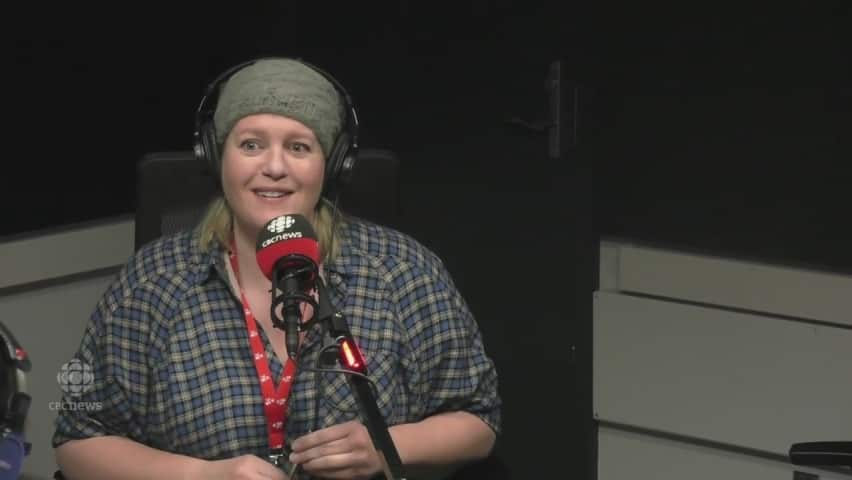