Whether it's Joe Biden or Donald Trump, America's choice will alter Alberta's future

Less than three weeks remain before American voters head to the polls to choose four more years of U.S. President Donald Trump or a new administration headed by former vice-president Joe Biden. And whatever happens Nov. 3, it isn't just the future of America that's at stake.

Experts say election will have lasting impact, but it's not all about Keystone XL

And whatever happens Nov. 3, it isn't just the future of America that's at stake.

In Alberta, discussion about election implications have largely centred around Biden's promise to cancel the Keystone XL pipeline if Democrats win the U.S. presidential election.

But as experts see it, the stakes of a Biden victory — which would be the likely outcome were the election held today, according to CBC's Presidential Poll Tracker — can't be fully judged solely on the fate of the beleaguered pipeline or the future of fracking.

"I think it's still a question about whether he would actually reverse Keystone," Mount Royal University political scientist Duane Bratt told CBC's West of Centre podcast. "I think it's more complicated, but Albertans are making it much simpler."

Despite that uncertainty, recent polling from Léger for 338Canada discussed on West of Centre showed that Alberta was an outlier when polling on Trump's support, suggesting that 32 per cent of Albertans would support the president compared with 68 per cent support for Biden.

Support for Biden across Canada was somewhere between 82 and 90 per cent, everywhere except Alberta. 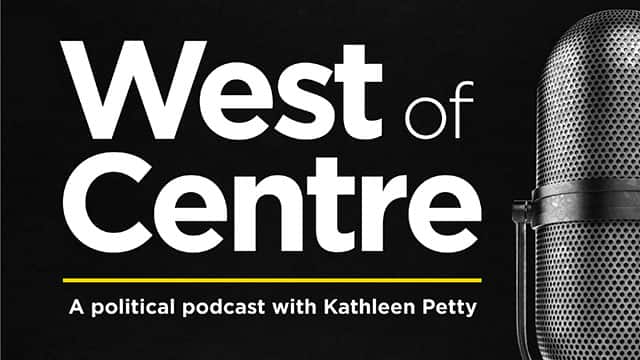 West of Centre37:50What's a win for Alberta on November 3rd?

Keystone future 'not a foregone conclusion'

Speaking at a news conference on Thursday, Alberta Premier Jason Kenney said he was still hopeful about the future of the $8-billion US project, even should Biden win the election.

The pipeline, should it move forward, would transport up to 830,000 barrels of crude oil per day from Alberta to Nebraska — approximately one-fifth of all of the oil transported daily between Canada and the United States.

Alberta said in March that it had agreed to invest $1.1 billion US as equity in the project, saying at the time that over the next two decades it would take in an estimated $30 billion in tax and royalty revenues.

Scotty Greenwood, a specialist in Canada/U.S. relations with Crestview Strategy in Washington, D.C., told West of Centre that there was still "every possibility" Keystone XL goes forward given Biden's reputation as a centrist.

"He's very thoughtful on questions of energy, infrastructure — just public policy generally," Greenwood said. "So I don't take it as a foregone conclusion that he has it deep in his soul that he needs to eliminate the permit."

Greenwood said that the pipeline, the cross-border section of which has already been completed, has faced a number of challenging court rulings as of late and will face a "very delicate dance" after the election.

"I don't think it's a foregone conclusion," she said. "I know that Biden's transition team, his advisors, are all really thoughtful and are looking at a balanced approach."

Trump's executive orders aimed at moving Keystone XL forward may make him seem the preferable ally to the pipeline by some Albertans.

But Carlo Dade, director of the trade and investment centre at the Canada West Foundation, said the pipeline presently remains in flux despite efforts of the Trump administration.

"Trump was not able to move the pipeline despite taking executive action," he told West of Centre.

Alberta as a sustainable producer

Opportunities may also arise for Alberta in a potential Biden administration, Greenwood said, when it comes to investments in sustainable projects.

Greenwood cited various examples in the Canadian private sector which have a fairly large stake in U.S. energy projects, such as Stantec or Capital Power.

"Capital Power, for example, has this carbon reduction program that they've invested in that is a finalist for the Carbon XPRIZE," she said. "That's exciting, and that is an Alberta story that people here are hearing and listening to.

Earlier this month, the provincial government released its new natural gas strategy, a vision the province hopes would see Alberta hosting large-scale hydrogen production facilities and be a continental leader for recycling plastics, among other initiatives.

Such an initiative could be another opportunity for collaboration down the line, Greenwood said, adding that a new administration could see Canada and the U.S. working together on critical minerals and rare earths.

"There's an opportunity for Alberta in it, in something like that to really help its own economy," Greenwood said.

"Use the engineering experience it already has, use the infrastructure its got and process critical minerals and rare earths in a way that would be extremely relevant to the United States."

Last month, Trump tweeted that he had approved construction of a $22-billion railway between Alberta and Alaska that could move oil, grain, ore, container goods and potentially passengers.

If built, ATA Rail said the project would create more than 18,000 jobs for Canadian workers and bring in $60 billion to Canada's GDP through 2040.

Such a project, or Trump's efforts towards Keystone, could suggest why the president sees relatively higher support in Alberta compared to the rest of Canada, according to Léger polling.

But Dade said that may just be perception.

"Even misinformed perception, can drive politics and can, unfortunately, occasionally, drive policy," he said.

While some Trump policies may seem to be net positives for Alberta, Greenwood said recent unpredictability of U.S. policy — paired with Trump's adversarial nature — can lead to negative impacts on markets.

"Removing the spectre of steel and aluminum tariffs, or other punitive tariffs that could come at any moment, which is the way Trump rolls, getting rid of that is a real positive," she said.

In Bratt's view, Trump's first term has been "disastrous" for Canadian foreign policy given Canada's strong ties with international organizations.

"Whether it's the Trans-Pacific Partnership, whether it's the attacks on the World Trade Organization, whether it's pulling out of [the] Paris [climate agreement], whether it's seeing NATO as paying dues to the United States," Bratt said. "These are all hits to fundamental aspects of Canadian foreign policy.

And though a re-elected Trump may pose difficult challenges to Alberta and Canada, Greenwood said it could also provide an opportunity for Canada to "stitch the global coalition back together."

"I'm not predicting his re-election, by the way — it's really close," she said. "But if [Trump] wins, I think Canada could play a very important role in explaining to the world how important it is that we hang together with these global coalitions."

With files from CBC's West of Centre and The Canadian Press