On Thursday, Alberta announced new restrictions on bar hours, recreational sports and social gatherings in an attempt to quell rising COVID-19 case counts in the province.

On Thursday, Alberta announced new restrictions on bar hours, fitness programs, recreational sports and social gatherings from Nov. 13 to Nov. 27 in an attempt to quell rising COVID-19 case counts in the province.

"We are at a dangerous juncture in our province," Alberta Premier Jason Kenney said Thursday.

But as with all restrictions, the new changes will have human impacts on those individuals whose businesses will need to adapt.

"I know they'll be very hard for many people and we are sorry for that impact," Kenney said Thursday.

Mike Shupenia, owner of Side Street Pub and Grill, says COVID-19 has proven to be a financial crunch on the industry.

Under the new regulations, all licensed restaurants, bars, lounges and pubs in areas under enhanced status must stop liquor sales by 10 p.m. and close their doors by 11.

"Restaurants are going to be OK, because they usually shut down at 10 p.m.," Shupenia said. "But pubs, especially in Kensington, that's our golden hours."

WATCH | Mike Shupenia, owner of Side Street Pub and Grill in Kensington, discusses how he feels about Thursday's new regulations. 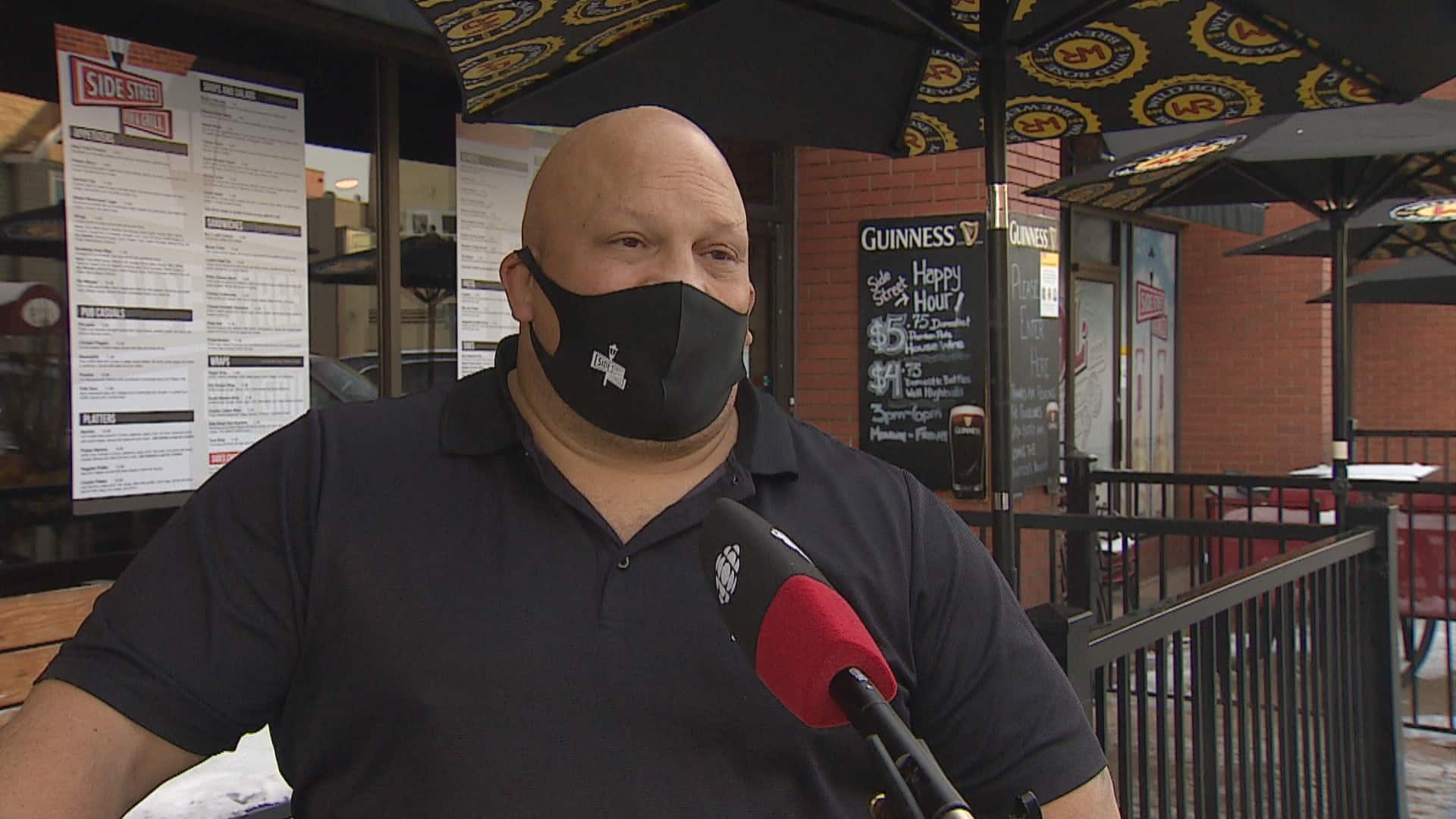 2 months agoVideo
0:25
Mike Shupenia, owner of Side Street Pub and Grill, says he thinks pubs will be hit harder than restaurants in the next two weeks. 0:25

Shupenia said he was concerned that those who are forced to leave pubs at 11 p.m. will just continue socializing at someone's home.

On Thursday, Kenney strongly urged Albertans living in areas under enhanced measures to not have social gatherings at their homes.

The measure is voluntary at this time, but may become mandatory and backed up by fines in the future.

While Shupenia said Side Street Pub has a "really good, loyal crew," he still worries about the weeks to come.

"You can only take so much," he said. "Nobody's invincible."

Montana Butler, head of operations and business development for YYC Cycle Spin Studio, said the business has been "hoping for the best but preparing for the worst."

"So unfortunately, obviously, we're devastated and disappointed," she said.

Speaking Thursday, Kenney said group sports and fitness classes can increase the spread of COVID-19 due to participants producing a high rate of droplet emissions in enclosed spaces.

Butler said that she hoped the government wasn't just "throwing a dart and hoping to see what happens."

"We've really taken a lot of steps to be safe in the studio, really gone above and beyond," she said. 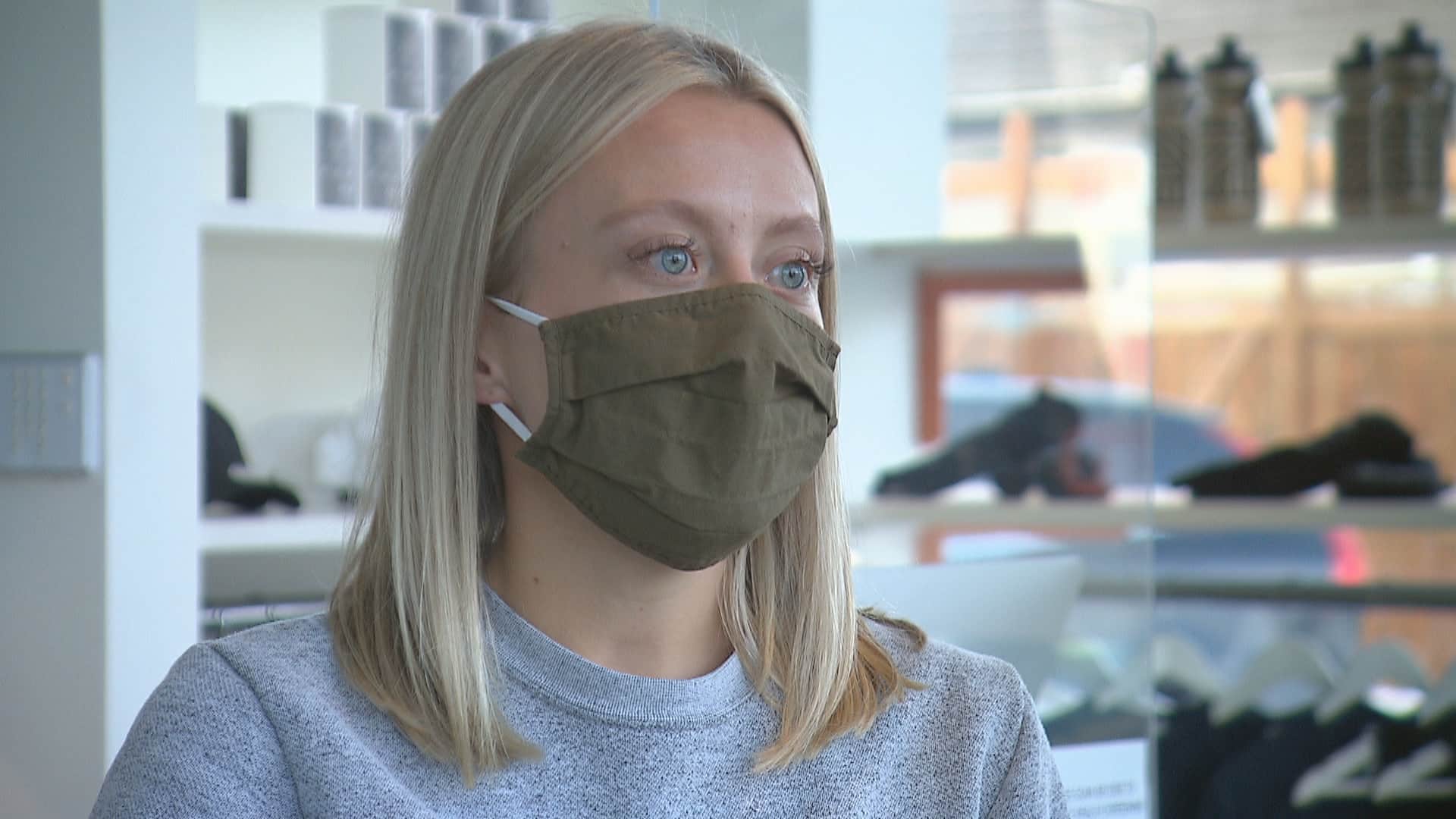 Butler said those steps include operating at a third of capacity, requiring strict masking and implementing extreme cleaning protocols.

Two instructors from the studio tested positive for COVID-19 in July, Butler said, but there have been no incidents in the studio since then.

"Of course we hope the numbers do go down. We hope there's nothing traced back to the studios and the fitness industry in Alberta," she said.

"And hopefully this proves that everything we've been working on in the last few months really has done its job."

Craig Jenne, an associate professor at the University of Calgary in the department of microbiology, immunology and infectious diseases, says it's encouraging the government is doing something.

However, Jenne said he worries that the new restrictions won't be strong enough to bend the curve.

"[These] fairly moderate to fairly light restrictions, when we compare to what has been done in other jurisdictions around the country and around the world, makes me just somewhat concerned if we'll have a significant enough impact on the daily cases," he said.

"So I guess I'm concerned, that if we're not going as far as other provinces, where they've struggled to get numbers under control," he said. "I'm not sure if those same strategies are going to work here without other enhancements."

The province reported 860 new cases Thursday and now has a record 8,305 active cases. Alberta reported 10 new deaths Thursday, the highest number of COVID-19 deaths reported in a single day since the pandemic began.

Alberta also now has 225 COVID-19 patients in hospital with 51 in intensive care, a new record.

With files from Carolyn Dunn, Jennifer Lee and Stephanie Rousseau