Jason Kenney: 23 years of advocacy for free speech, tax reform and the West

When Jason Kenney strode into a Calgary hotel ballroom on July 6 and announced his plan to run for the leadership of the Progressive Conservative party of Alberta and merge it with the Wildrose, it was far from his first foray onto the province's political scene.

When Jason Kenney strode into a Calgary hotel ballroom on July 6 and announced his plan to run for the leadership of the Progressive Conservative party of Alberta and merge it with the Wildrose, it was far from his first foray onto the province's political scene.

The 48-year-old MP for Calgary Midnapore was active in Alberta politics long before he was initially elected to Parliament in 1997, serving for years as head of the Alberta Taxpayers Association and later the Canadian Taxpayers Federation.

In his various capacities, Kenney has made his opinions known on a wide range of topics, but he's been a consistent advocate, in particular, for free speech, lower taxes and giving Western Canada a greater voice in the nation's affairs.

One of Kenney's earliest appearances in the CBC Calgary archives comes from 1993, when he was acting as a taxpayer watchdog and calling for reform of the generous pension plans for MLAs of the day — some of whom were "double dipping" by receiving both a retirement payout and a salary at the same time. 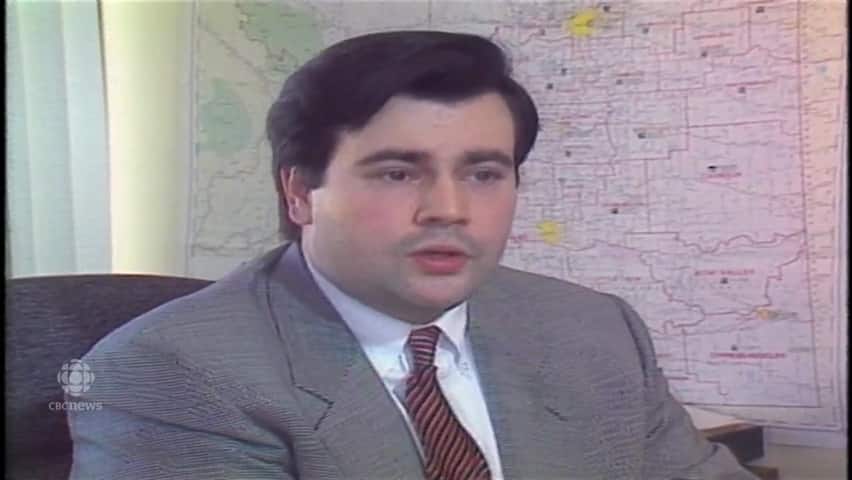 4 years agoVideo
2:14
"It's pretty nice work if you can get it," Jason Kenney says of being an MLA in 1993, when pension reform was a hot issue as some elected officials "double-dipped" by collecting both a pension and a salary. 2:14

In a twist, the current Canadian Taxpayers Federation is now criticizing Kenney for continuing to collect compensation as an MP after announcing his Alberta PC leadership run.

Kenney has said he will resign as an MP in October but Aaron Wudrick, a director with the federation, said Kenney should be taking an unpaid leave of absence in the meantime.

In another parallel to the past, the debate over whether Alberta should adopt a provincial sales tax was raging in 1994 as strongly as it is today — or even more so.

While provincial bureaucrats studied the idea of a PST, most Albertans were dead set against it, but Kenney took what could have been an unpopular position at the time, suggesting a consumption tax may have merit — but only if it went hand-in-hand with tax reductions elsewhere.

"If we were to look at drastically reducing personal income tax, people might prefer that as a trade-off for a small sales tax," he told CBC News at the time. 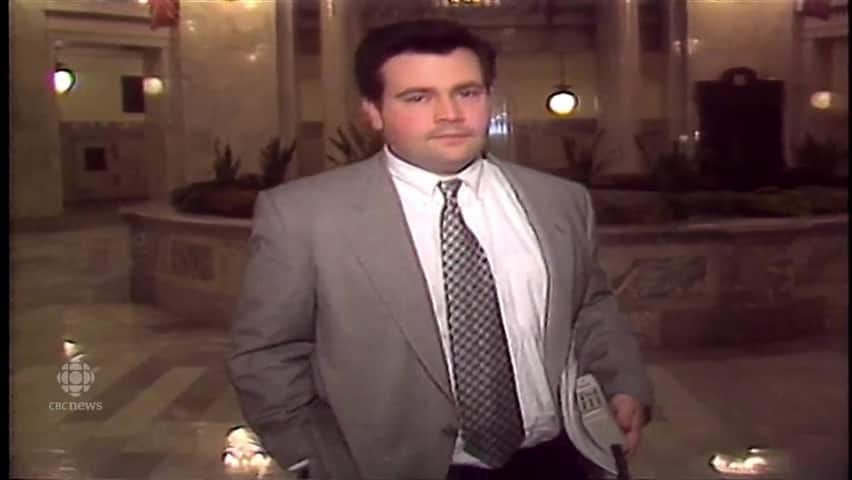 Jason Kenney on how a PST might work in Alberta.

4 years agoVideo
1:33
As Alberta debated a sales tax in 1994, Jason Kenney, as head of the Canadian Taxpayers Federation, said the idea could work, provided it came along with the government "drastically reducing personal income tax." 1:33

Kenney made the jump into federal politics in the late 1990s, running as a candidate for the populist and Western-focused Reform Party on a platform of grassroots democracy.

When he won the seat for Calgary Southeast in the 1997 federal election at the relatively young age of 29, he called it a "grassroots victory" and promised his constituents that he would be a "grassroots MP."

You'll find Kenney's comments to supporters in this item from June 2, 1997: 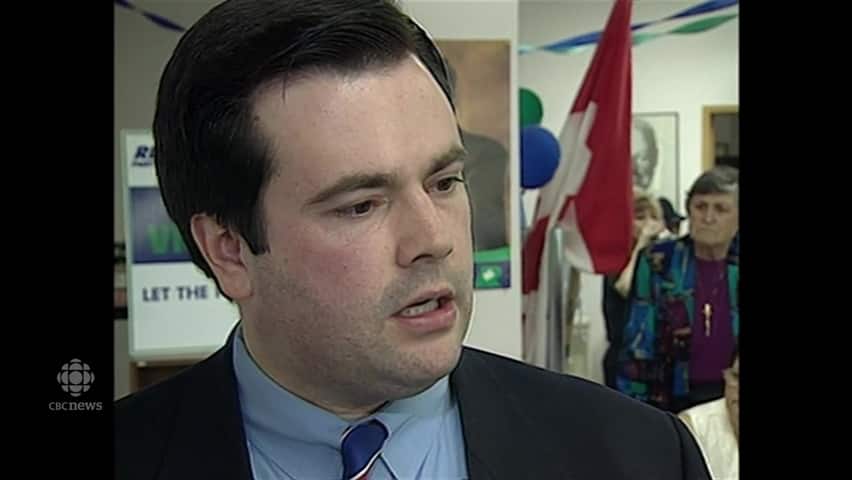 Jason Kenney was elected to Parliament in 1997.

4 years agoVideo
0:42
Jason Kenney promises his constituents that he'll be a "grassroots MP" after being elected to Parliament for the first time in 1997, at age 29, under the Reform Party banner. 0:42

Kenney returned to that theme 19 years later, in that Calgary hotel ballroom, when he announced his vision to unite the political right in Alberta while avoiding the mistakes of the previous attempt in December 2014.

That's when nine Wildrose MLAs, including leader Danielle Smith, crossed the floor to join the PC party after negotiating a deal behind closed doors with then-premier Jim Prentice.

"We must ensure that unity is pursued and achieved openly and transparently, not through secret, backroom deals," Kenney told supporters in Calgary.

"And, most importantly, grassroots members must have the final say on any proposed agreement. This democratic, grassroots accountability is absolutely non-negotiable."

Free speech and freedom of religion

Throughout the decades, Kenney has also been a fierce advocate for free speech.

When the Reform Club, a student group associated with his party, became embroiled in a battle with the University of Calgary Students Union, Kenney personally attended the club's rally to show his support.

The club's members (including future Conservative MP Pierre Poilievre) claimed their freedom of speech was being stifled by the students' union at the time. 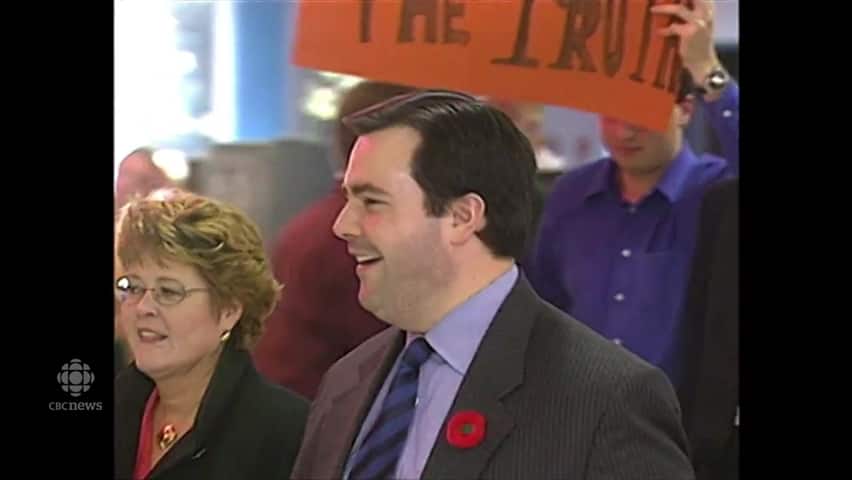 Jason Kenney backs Reform Club in fight with U of C Students Union.

4 years agoVideo
0:56
MP Jason Kenney arrives at the University of Calgary to show support for the Reform Club in its dispute with the Students Union. 0:56

Calling it a matter of freedom of speech and freedom of religion, the MP said Henry had every right to express his point of view, as a religious leader, on a political issue. 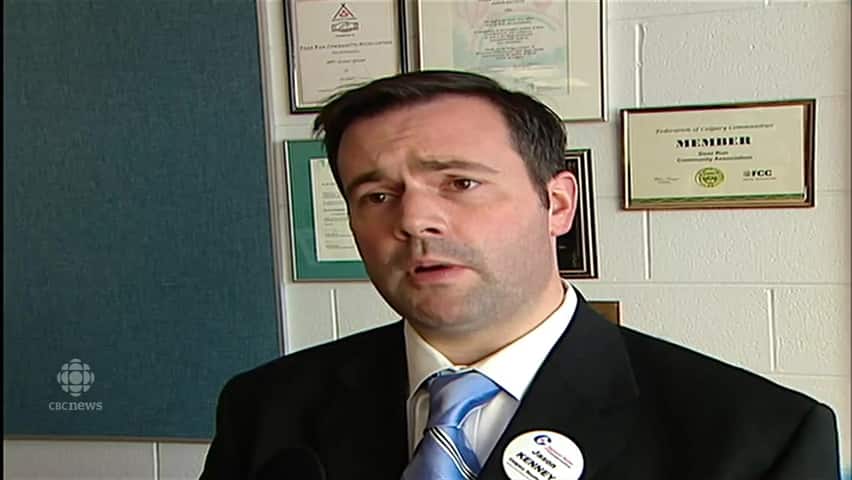 4 years agoVideo
1:57
Calling it a matter of free speech and freedom of religion, Jason Kenney backs outspoken Calgary Bishop Fred Henry, who condemned prime minister Paul Martin as a bad Catholic for his position on same-sex marriage and abortion. 1:57

Previous attempt to unite the right

Of course, his current campaign to merge Alberta's PC and Wildrose parties isn't the first time Kenney has advocated to unite the political right.

Shortly after being elected as a Reform MP, he backed a bid to merge the upstart party with the federal Progressive Conservatives, in order to better compete with the ruling Liberal Party in future elections. 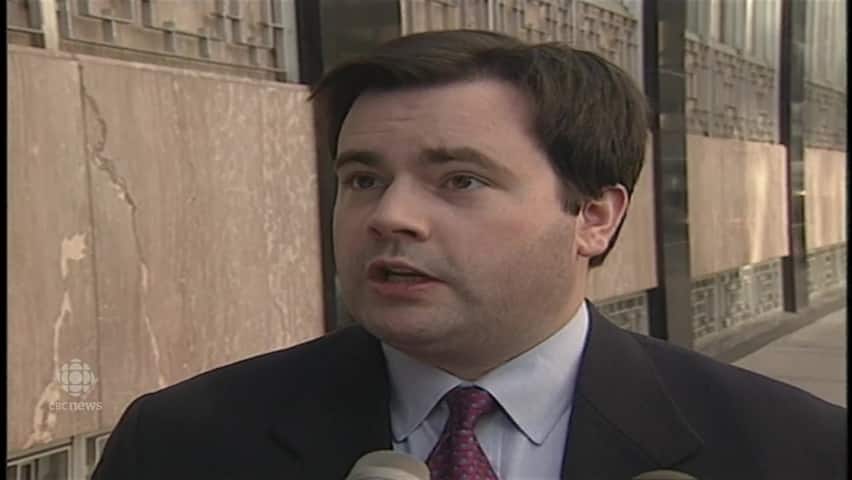 Jason Kenney on unite the right in 1998.

4 years agoVideo
2:12
In this archive footage from Oct. 27, 1998, Jason Kenney reacts to Alberta premier Ralph Klein's support for a merger between the federal Tories and Reform Party. 2:12

At the time, the PC leadership was reluctant, and the idea fizzled, for a few years, at least.

In an effort to boost the unity project, Reform Party leader Preston Manning proposed a new party, which eventually became the Canadian Alliance.

Manning lost a leadership race for the Canadian Alliance to Stockwell Day, who himself ran into leadership troubles after a series of public gaffes.

Nevertheless, Kenney backed Day at the time and rebuffed suggestions that he take a run at the leadership himself. 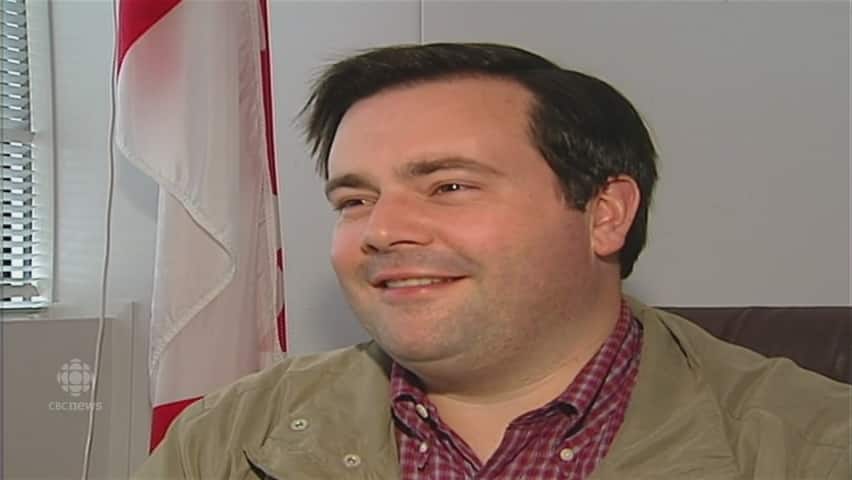 4 years agoVideo
1:50
In this clip from July 18, 2001, Jason Kenney says he won't run to replace Stockwell Day and would back the beleaguered leader of the Canadian Alliance "100 per cent" if Day chose to seek the leadership again. Day did, and lost to Stephen Harper. 1:50

Day ultimately lost the leadership, however, and was replaced by Stephen Harper in April 2002.

That set the stage for the Alliance-PC merger of December 2003 that created the modern-day Conservative Party of Canada.

When Harper and the CPC defeated the Liberals and earned a minority government in 2006, Kenney traced the victory back to the early days of the Reform movement.

"Stephen Harper was one of the co-founders of the Reform Party," Kenney said as the election results become clear. 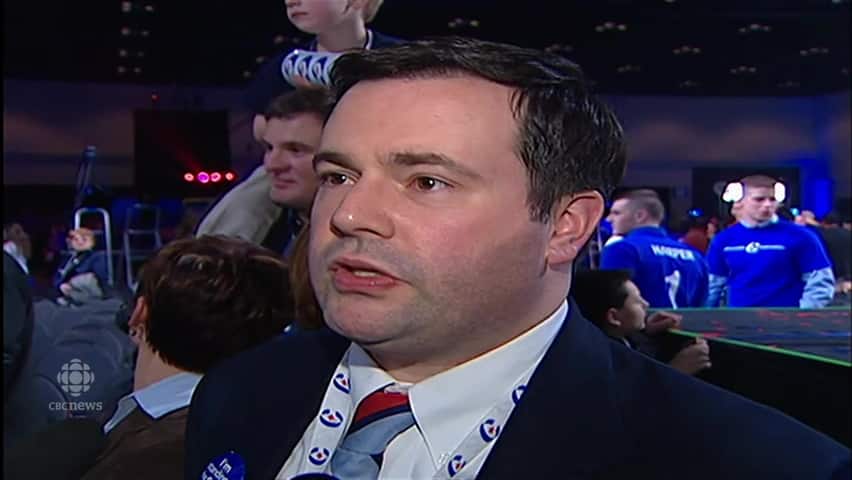 Jason Kenney says 'the West is in' as CPC forms government

4 years agoVideo
2:42
Jason Kenney celebrates the Reform Party roots of Stephen Harper and the Conservative Party of Canada as they earn a minority government in this clip from Jan. 23, 2006. 2:42
CBC's Journalistic Standards and Practices|About CBC News