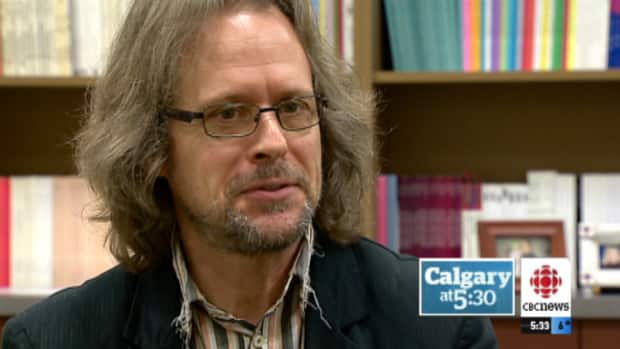 8 years agoVideo
2:47
CBC Calgary News and Current Affairs asks if our food safety systems have gotten better in Canada in the last decade. 2:47

A decade ago, nearly 1,200 cases of E.coli per year were reported by the provinces.

The number shrunk to 428 in 2011, according to the Public Health Agency of Canada.

But illnesses from salmonella are much higher in absolute terms.

Eight years later, the number jumped to 7,200, pointing to an upward trend.

Boschman, an English professor at Mount Royal University, was out of town when he received a "hysterical" phone call from his then wife, Tracy.

So what happened to the once promising drug Synsorb?

In the late 1990s, Synsorb PK was a promising enough treatment for E. coli poisoning that it was often approved for emergency use for outbreaks in Canada and the United States, including Canada’s most serious outbreak in Walkerton, Ont., in 2000.

However, Synsorb PK was never approved and the company folded.

According to David Cox, the chief executive officer of Synsorb Biotech, early analysis of Synsorb PK suggested that it be given to children within six days of the onset of E. coli symptoms.

He said the results of the Phase 3 trials showed there wasn’t a compelling difference between patients who were treated with Synsorb PK and those who received a placebo.

What the trials did show was that if the children were treated within two days of onset, Cox said, there was a significant improvement with the drug.

"We had a choice at that point," says Cox. "We could re-submit the drug for approval based on treating the children within two days. We would have new trials, essentially starting over."

Cox said there were concerns about finding patients soon enough after they became sick, since many parents at first assume E. coli illness is simply a flu and may not get their children to the hospital within the two-day window.

"We ran the numbers and there didn’t seem to be enough of a chance we would get the patients. The trials would cost $30 to $40 million dollars and take a further six years."

The company made the decision not to continue.

Their daughter Christie was at the Alberta Children’s Hospital with acute bloody diarrhea.

When he arrived at the hospital, Christie was lying on a gurney as white as a ghost.

Luckily for Christie, the hospital was testing an experimental drug called Synsorb.

Doctors gave her the drug and within 24-hours she was feeling better.

Boschman credits the drug for bringing his daughter quickly back to health and avoiding the organ damage that happens when E. coli poisoning progresses to its most advanced stage.

"Within 24 hours, Christie was on the mend. We felt that we had just dodged a major bullet," says Boschman.

However, almost immediately following that hospital visit, the Boschman’s were back after their other daughter Nina, also contracted E. coli poisoning.

"I watched Nina and by this time, I was experienced enough to do a little counting, so I counted how many times Nina went to the bathroom in the first 48 hours," he told CBC News.

Boschman’s daughters contracted E. coli poisoning in 1999 — the same year the U.S. Centers for Disease Control and Prevention released a report on food borne illness that allowed North Americans to learn the scale of the food safety problem.

The study concluded that 76 million people got sick and 5,000 died each year in the U.S. from food pathogens, such as E. coli and salmonella.

Chris Bolton, who works for a Calgary lab that tests for food-borne pathogens in water, says Canada does not have a good reputation for accuracy when it comes to tracking E. coli.

"Canada has been chastised by the Center for Disease Control, and even by provincial health associations that they’re under, [for] reporting food-related illnesses. Unlike other industrialized nations, we’re very inept at tracking these cases," said Bolton, the head of Benchmark Labs.

Experts also caution there are questions about how Canada reports food safety numbers.

The Canadian Medical Association suggests that only one in 200 cases of food-borne illness are actually reported.

The Canadian Food Inspection Agency itself says 11 million Canadians get sick every year from food-borne diseases.

Even though Canada’s E. coli numbers have dropped, a working paper written by Dennis Curtis at the University of Guelph shows that Canada has the highest reported rate of E. coli cases amongst nations in the Organisation for Economic Co-operation and Development.

Over the past decade, Canada reported 3.54 E. coli cases per 100,000 people — more than twice the rate of the United States.

Canada’s high numbers are in part because of the Walkerton, Ont., E. coli outbreak in 2000.

But Sylvain Charlebois — one of the co-researchers on the Curtis working paper — cautions Canada’s numbers are high, despite the high-profile Ontario outbreak that killed seven people.

"If you take out Walkerton, you’re seeing a trend upwards of E. coli cases and it’s very difficult to explain right now why that is, so we need to further investigate," says Charlebois.

Experts say one of Canada’s key problems is traceability — tracking food from farm to fork.

Canada regularly ranks near the bottom of the developed world in our ability to track food through the food chain.

Under the current regulatory system, Agriculture Canada oversees both the agriculture industry and food safety.

The minister of Agriculture is responsible for protecting both the agriculture industry and consumers.

Charlebois says there is an inherent conflict in that system.

"Sometimes these two mandates conflict with each other," he told CBC News.

"Which is why some other Commonwealth countries, we have parliaments dissecting both roles, [create] an independent agency focusing solely on food safety issues."

But Agriculture Minister Gerry Ritz says the new Safe Food for Canadians Act, which was adopted by the Senate in October, will give the CFIA more tools and resources to help keep Canadian food safe, like tougher penalties and better control over imports and exports.

Key tools include the enhanced ability for inspectors to demand food producers provide information in a timely and standardized manner and the authority to require traceability systems for food producers.

The government said these measures will help find products faster in recall situations so they can be removed from the shelves quicker and in a more comprehensive way.