Ask Ian & Sylvia how they feel about their new album, and you'll get two starkly different opinions.

'Ian & Sylvia: The Lost Tapes' is a newly discovered collection of concert recordings

Ask Ian & Sylvia how they feel about their new album, and you'll get two starkly different opinions.

While the singers in the long-separated folk couple still get along, they don't always see eye to eye when it comes to their music. That includes their opposing views on "Ian & Sylvia: The Lost Tapes," a newly discovered collection of concert recordings of the duo in their prime in the late 1960s and early 1970s.

"I'm a little underwhelmed with those tapes, to be honest with you," Ian Tyson, 85, confesses in a phone call from his ranch in Longview, Alta.

"They seemed kind of lacking a certain energy level, I think, but maybe that's the era they're from... We're so far away from that approach to commercial music, after all these years, it's hard for me to really... get my head around it."

The 26-track album, out Sept. 6., includes cherished classics "Four Strong Winds" and "Darcy Farrow" alongside covers of Robert Johnson's "Come On In My Kitchen" and Conway Twitty's "After the Fire is Gone."

Sylvia Tyson, 78, disagrees with her ex on the value of their duets.

"Can I be honest? I was amazed at how good we were," she says in a separate phone conversation a few provinces away in Toronto.

"You move on with your life and you tend to forget stuff, but it was great to hear that blend again."

Sixty years have passed since the pair met in Toronto, but interest around Ian & Sylvia endures, even if their relationship fizzled out with divorce in 1975.

The songwriters charmed the burgeoning folk scene of Toronto's bohemian Yorkville district in the early 1960s, helping pave the way for those who followed, among them Gordon Lightfoot, Joni Mitchell and Buffy Sainte-Marie. Ian and Sylvia later formed a country-rock act, and had a son together, in the years before splitting up.

Yet their wholesome stage presence has crystalized in Canadiana, with "Four Strong Winds" voted as the greatest Canadian song of the 20th century in a 2005 CBC listener poll. 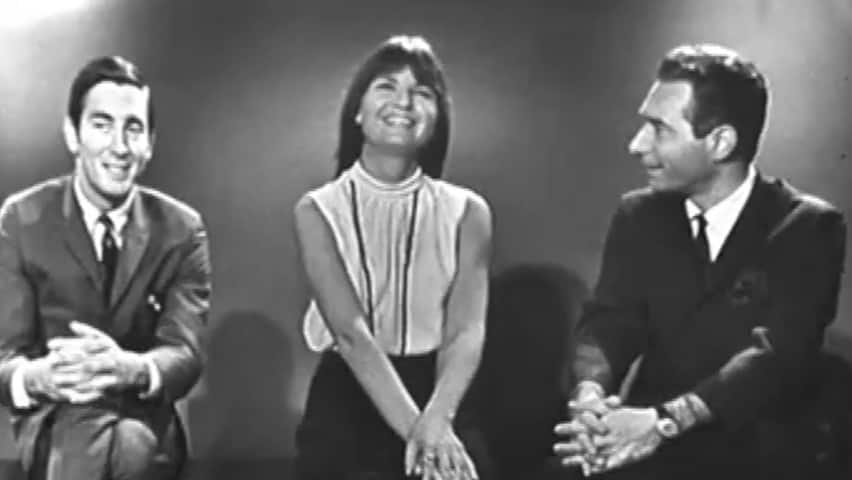 Ian and Sylvia, on their rising careers in 1963

1 year agoVideo
8:19
Ian Tyson and Sylvia Fricker are in the Take 30 studio to talk about their rising careers and the popularity of folk music. 8:19

That's why it's surprising Ian and Sylvia haven't been inducted into the Canadian Songwriters Hall of Fame already, even though two of their songs were welcomed years ago. On the eve of their new album's release that'll change as both musicians get the illustrious recognition that's eluded them — albeit separately.

When they're inducted at Calgary's National Music Centre on Sept. 5, Ian & Sylvia's names will be added as solo musicians, which Sylvia Tyson says is because they never wrote songs together.

"It was a bit of surprise to me. I thought they had forgotten," Tyson says of the induction. She acknowledges at one point it would've seemed like a conflict of interests to get the honour, since she was one of the founding members of the Canadian Songwriters Hall of Fame and its president for a time.

Hearing "The Lost Tapes" is enough to silence any objections to Ian & Sylvia getting their rightful place in music history. It showcases the duo's harmonies, so warmly intertwined with each other, with lyrics that evoke a certain nostalgia for an innocence passed.

Sylvia Tyson came across the recordings while cleaning out a cedar chest in her front hallway.

"I hadn't thought about them for years," she says. "I suddenly realized there was a bit of a treasure trove there."

Roughly 70 songs existed across several quarter-inch tapes, all of them captured at Canadian performances. They were in pretty good shape, Tyson says, so she began to narrow down the collection to the songs that sounded best.

The final product is a crisp sound occasionally punctuated by wobbles left by the scars of time. These were analog tapes, after all, and the flaws give the songs character that's often absent in "remastered" editions of old recordings.

While "The Lost Tapes" performances aren't Ian Tyson's favourite, he still gave the final album his seal of approval.

"I leave that era and its perpetuation up to Sylvia," he says. "She had my blessing on the whole thing."