The husband of a Calgary woman is suing an international diver training organization for what he is calling inadequate training. 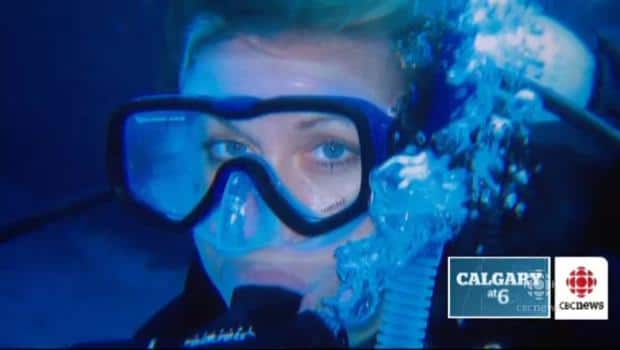 7 years ago
2:14
The husband of a Calgary woman who died while scuba diving in Mexico is suing an international diver training organization, alleging it inadequately teaches divers to protect themselves from carbon monoxide poisoning. 2:14

The husband of a Calgary woman who died while scuba diving in Mexico is suing an international diver training organization, alleging it inadequately teaches divers to protect themselves from carbon monoxide poisoning.

"PADI has roughly a page and a half that deals with the quality of air in the tank that you're using to dive. The page and a half examines bad air, it examines what to do in the case of bad air. It's PADI's recommendation to test your tank by tasting it," Hale said.

But Hale said the problem with that is carbon monoxide is tasteless and odourless.

"It does say that there's a problem with carbon monoxide, PADI did not leave that out. But it doesn't say how to prevent being injured by it. How to prevent a death by it. PADI hasn't informed their people that they're training how to do anything to prevent any harm."

There are other parties mentioned in the suit, including Sunshine Dive and Charter, the company that filled the tanks in Mexico. According to court documents, the charter "held itself out to be PADI certified as to diving tank filling and maintenance."

Case before the courts

In an email to CBC News, PADI declined comment because the case is before the courts. According to documents filed in a California court, the organization is denying all of the allegations in Cross's suit.

In PADI's Open Water Diver Manual, there is a section on bad air.

"Contaminated air generally results from a problem with the compressor or its filtering system, and as a result often tastes and smells bad — but it can also be odourless and tasteless," reads the manual.

Divers are instructed to buy air only from professional dive stores and to make sure the proper compressor is used when filling the tank.

“The training that says first of all — this is a problem. Second, this is how you minimize or mitigate that problem. Third, there's a cost, but fourth — you've now been trained in this — it's now your responsibility.”

Cross says he had to file the lawsuit because when he tried to contact PADI after his wife's death, he wasn't getting a response.

Hale says this isn't about money, but that they are hoping to bring about change.

"In negotiations, he's asked for an ability to try and prevent other deaths and I think that goes towards exactly what you're asking. Is this a means to pump somebody for money? I don't think so."