Rebecca Haines-Saah, whose teen character once brought cannabis to a birthday party, grew up to become a leading academic voice in Alberta on the value of legalizing pot, arguing that jailing users created more harm than the drug itself.

When Rebecca Haines-Saah was 13, she saw an ad in the Toronto Sun looking for teenagers to star in what would become a cult classic Canadian TV show. Having experience in dance and theatre — she already had an agent — she showed up to the audition with a pink, cable-knit sweater and loads of teenage ambition.

The show was Degrassi Junior High, the drama that dealt with teen pregnancy, underage drinking and drug use. For many children growing up in the 1980s, it would become a cultural treasure.

Haines-Saah didn't get the part of Melanie Brodie, whom she had auditioned to play, but the show's writers were so enamoured with her acting chops that they created a new role for her: Melanie's best friend, Kathleen Mead. The so-called Wicked Witch of Degrassi.

While Haines-Saah played the character for five seasons, she didn't go on to become a professional actor. Instead, she reinvented herself as an academic. But the parallels between her childhood job and her career as an adult are all the more striking. 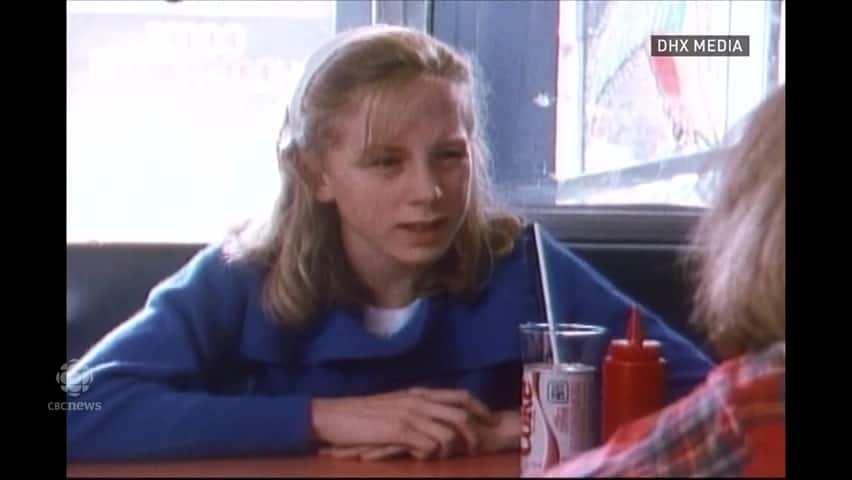 2 years agoVideo
1:08
This episode of Degrassi Junior High is the first appearance for Kathleen Mead (blue sweater), played by Rebecca Haines-Saah. Joey Jeremiah ends up selling them vitamins as drugs. 1:08

The woman who played a teen experimenting with drugs, dealing with anorexia and coping with a mother addicted to alcohol now researches youth substance use and mental health at the University of Calgary.

The child star whose character once brought pot to a birthday party, grew up to become a leading academic voice in Alberta on the value of legalizing cannabis, arguing that jailing users created more harm than the drug itself.

"It's that approach to engaging youth voices and putting youth stories at the centre, that really shapes my work," says Haines-Saah, who teaches in the department of community health services and works with youth on video and photo projects to help share their stories.

Youth have something valuable to say

"That's really a Degrassi-style approach to storytelling and to thinking youth have something valuable to say. If we want to help youth in any way, we need to talk to them and understand how they see the world, not our adult-centric perspective on life."

Haines-Saah grew up in Toronto's Regent Park, where she saw the rise of the crack epidemic, with people using and selling drugs, and engaging in sex work around her doorstep. She left that same stoop every morning to film on set, but she couldn't get a taxi to drop her off close to home at day's end, because of the way her neighbourhood was viewed. 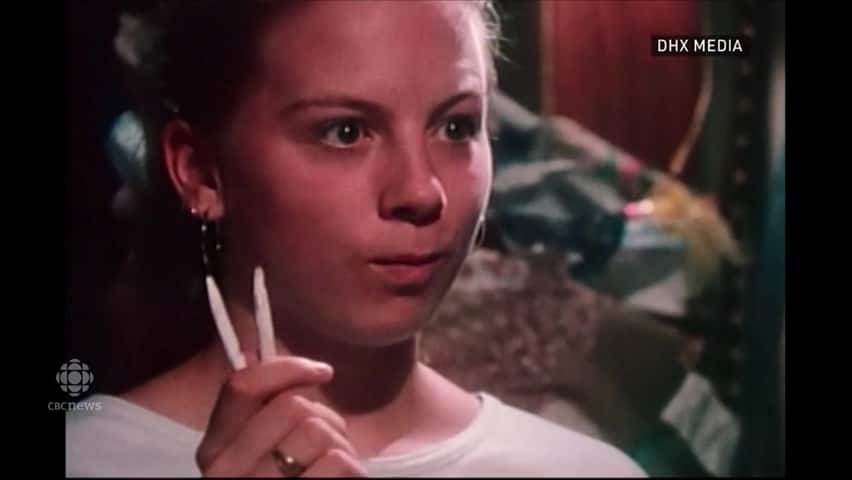 2 years agoVideo
0:30
Kathleen Mead had a streak of mischief. In this episode, she brings 2 joints to a birthday slumber party. 0:30

"I had this dual experience growing up, and it really did inform how I approach people who use drugs, the compassion that I think we need and why I challenge stigma," she says.

There are some notable contrasts between her and the character she played for most of her teenage years.

Haines-Saah is warm and engaging. To be charitable, Kathleen was cold. A harsher assessment might peg her as a snooty mean girl. But her hostile demeanour was often a defence mechanism against her peers prying into her personal life, especially her troubled home.

She was a trivia master who wanted to excel at school and, most of all, make her parents proud. She once produced a science project with her bestie Melanie about the dangers of pollution and acid rain, and was crushed when it didn't win at the school science fair.

Character could be mistaken for a nerd

Kathleen could have been mistaken for a nerd if it weren't for her streak of mischief. In one episode, she finds a pair of cannabis joints and shares them with friends during a birthday party sleepover. The drama takes a turn when Melanie gets so high she reveals some of Kathleen's deepest, darkest secrets, including that she's in counselling.

"Kathleen, I don't see what the big deal is," her best friend blurts out. "You had anorexia. Your mom is an alcoholic. And your boyfriend beat you up. Most people would need counselling for even one of those things." 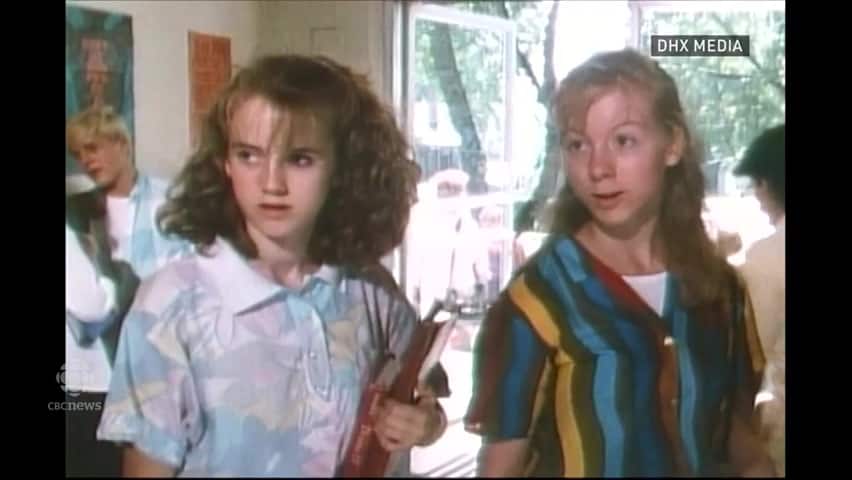 Kathleen gets called a jerk.

2 years agoVideo
0:44
Kathleen Mead had a reputation for being cold, including in this episode about a trivia contest. Haines-Saah says she sometimes had a hard time convincing fans she's not the "evil character" she played on TV. 0:44

Despite her hard exterior, the character resonated with Haines-Saah, given that Kathleen's home life "isn't that far off from what many kids experience," and given her "remarkable resilience" to all those challenges. Still, the actor sometimes got heckled on the streets of Toronto over her character's harsh disposition.

"The male castmates had fun," she says. "They had teenage girls chasing them around, trying to get into their hotel rooms and date them.

"I just got yelled at and called names."

Haines-Saah starred in Degrassi Junior High and Degrassi High, along with a single appearance on Degrassi: The Next Generation. As a young Canadian actor, she didn't lead a lavish life of luxury.

"I don't think I ever really experienced that type of uber celebrity that child stars have now, and in many ways I'm thankful for that," she says. "But I have some of my most awkward teenage moments and worst hairstyles forever captured on film for everybody to see."

While she played a young student, she missed three or four months of school a year. Her mom told her if her average fell below 80 per cent, she had to quit the show.

"I literally had a tutor driving me around on geography field trips around Ontario to look at granite outcrops and all kinds of other ridiculous things on the weekends," she says. "I'd be writing a chemistry exam on set at 7 a.m. supervised by a production assistant and then sending it over to the school."

Academics were always important. She had read somewhere "if you could picture yourself being happy doing anything other than acting, you should go and do that thing." So she enrolled at McGill University. She was initially in communications, thinking she'd get into journalism or film production, but she fell in love with research and writing papers, later shifting her focus to youth drug use.

Putting youth at the centre

"It's no accident that I became a youth substance use researcher," she says on a University of Calgary video about legalizing cannabis, "because I started out as an actress on the Canadian television series Degrassi.

"What was so unique and different about Degrassi, compared to other television for young people is that, in the Degrassi storylines, youth always solved their own problems … and that's definitely the approach I take in my research, is amplifying youth voices and putting youth at the centre."