The rehabilitation was approved by city council in 2015, after the sandstone features of the building showed signs of deterioration. 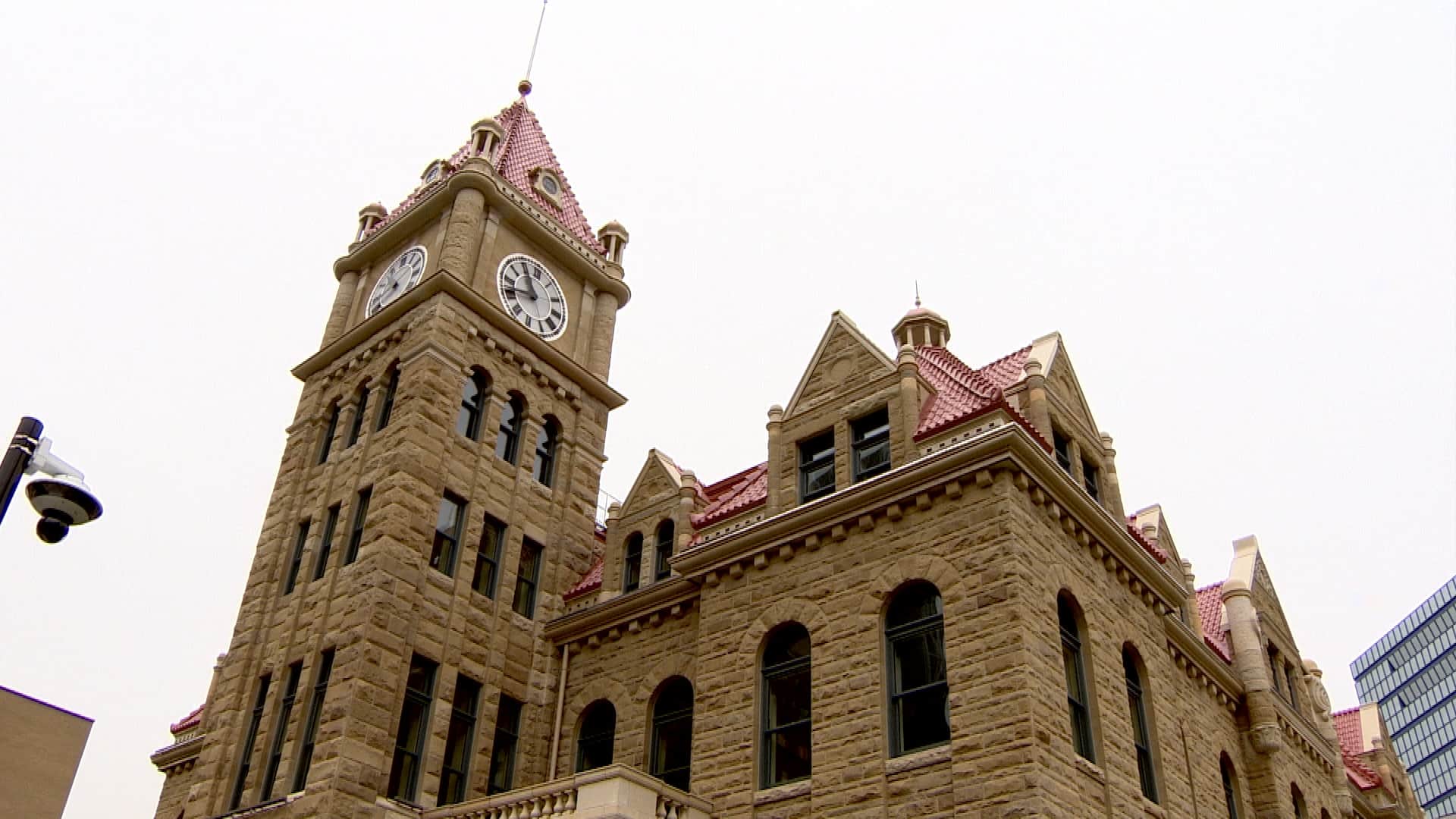 1 month ago
1:23
City officials say the four years renovation project should ensure the heritage building will be around for another century. 1:23

The rehabilitation of Calgary's 109-year-old City Hall has been completed after four years of renovations.

Most members of city council gathered on the front steps of the recently unveiled building on Tuesday to celebrate the end of the $34.1-million project, which city officials say should ensure it will be around for another century.

"The folks who were smart enough to build this magnificent piece of public infrastructure in 1911 … were building for the future that they wanted to build for their children and grandchildren."

Originally constructed between 1907 until 1911, historic City Hall was once used as a police station, a court and a jail.

In the years since, the building has been the home of city council offices as well as the city clerk.

It has also remained a noteworthy site for events in the city, including a peace celebration in 1918 at the end of the First World War and the raising of the Olympic flag in 1984 (four years before the city hosted the Winter Games).

The rehabilitation was approved by city council in 2015, after the sandstone parts of the building began showing signs of significant deterioration.

The project officially began in 2016 with site stabilization work. Starting in the spring of 2017, the building was covered for three years to protect the sandstone and exposed building elements while work was underway.

"The work it's provided for professions such as stonemasons, carpenters, electricians, construction managers and many others has been significant."

The changes to the exterior include better wheelchair accessibility, more lighting and an improved water drainage system to help keep moisture away from the porous sandstone walls.

Windows had to be custom-made to match the originals as closely as possible, and mortar had to structurally and visually match the sandstone.

Bell told the crowd at the opening that 80 per cent of the building's sandstone facade is original, while 20 per cent has been replaced.

"The stone we chose is as good a colour match as we could obtain," Bell said.

There have been some hiccups, however.

For instance, the manually wound clock in the building's tower has been a challenge to get running smoothly, and Bell said the COVID-19 pandemic has prevented a clock maker from coming to assist.

The original Seth Thomas Clock is as old as the building itself, and the only remaining timepiece of its kind in Canada.

There are only five clockmakers in North America able to service it, and all reside in the United States, Bell said.

As a result, the team has been teleconferencing with a clock maker to fix the mechanical problem.

"Right now, we have a slight misalignment of two gear wheels, and that's what we're trying to fix and then it will be fine," Bell said. "It's almost there. We're almost there."

Nenshi did not seem perturbed by the issue. Calling the project a labour of love, he said the work of Bell and the team behind the rehabilitation was beautiful and extraordinary.

WATCH | An inside look at the Calgary City Hall restoration: 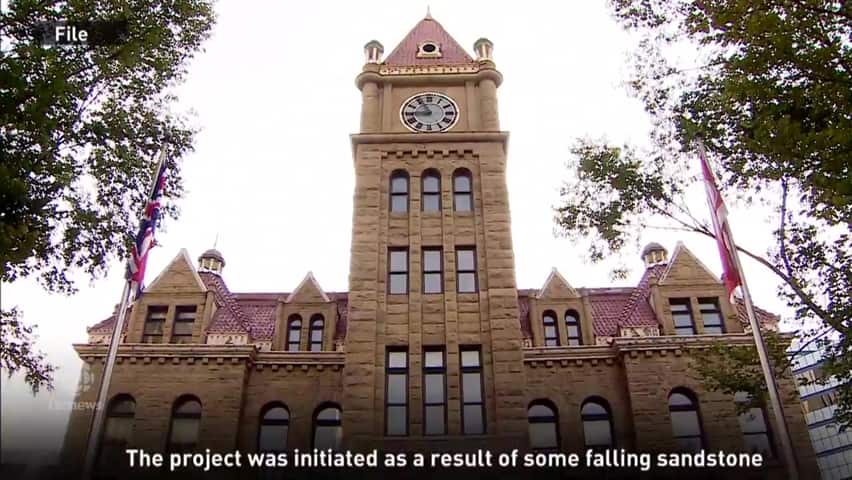 "I think this is the finest municipal building in all of Canada, and that it will continue for 100 years, at least, going forward," Nenshi said.

Though physical distancing requirements will keep councillors from moving back in immediately, Nenshi said he is not concerned about the building's future.

"It will be in very, very good use once it is opened," Nenshi said.

With files from Scott Dippel and Nassima Way