It might be a brand new year, but thousands of northeast Calgary residents are still trying to repair damage from last year's hail storm.

It might be a brand new year, but thousands of northeast Calgary residents are still trying to repair damage from last year's hail storm.

"We had glass shards everywhere in the house. That's the intensity … We actually had to put a mattress on the window to stop more hailstorms coming in," he said.

"It took until December 20 before we could move our furniture back into the dining room."

According to the Insurance Bureau of Canada, about 60 per cent of the roughly 70,000 claims were processed at the end of November.

Karbani said many residents waiting for their turn are going to struggle when the temperatures inevitably drop.

"Our heating bills have increased because there's one less layer of insulation on the house so there's a lot of fear going into these next few months," he said.

"And I think if it gets really cold or really wet, the homes that haven't been fully repaired are going to get damaged even further, which will cause long-term damage."

Pamela Ficher, a Saddleridge resident for just over 18 years, said she was away at the time of the storm and found out through a tearful call from her husband and son as they hid in the bathroom.

"We're going through COVID, and then you add this on top of it. It's that extra stress that just makes things really, really difficult right now in this particular area of the northeast," she said.

Ficher said they were in constant contact with insurance companies and contractors this past summer to get their home up to speed. However, it still took until September for anything to get nearly done.

"So just as our son was going back to school and doing that transition with COVID and everything, we were having floors done and windows installed."

She said their community is tightly knit, and that it's hard to see so many still hurting from the storm.

"It breaks my heart to learn that roofs were leaking for months on end into basements … I can't imagine going seven months with windows boarded up in your home," she said.

Only a small portion of homeowners were eligible for the province's disaster relief funding that covered overland flooding, which Ward 5 Councillor George Chahal said needs to be updated.

"We have to be better prepared, we have to ensure that the disaster relief programs we have in place are reviewed and changed to help support people when these types of storms roll into our region," he said.

The June storm caused around $1.4 billion in damage — the fourth costliest natural disaster in Canada's history.

"We need to look at how we built these homes, and to move forward with what roofing materials are used and other building products to ensure that these homes are more resilient," he said.

"But we need to support these residents so they can build back better and stronger." 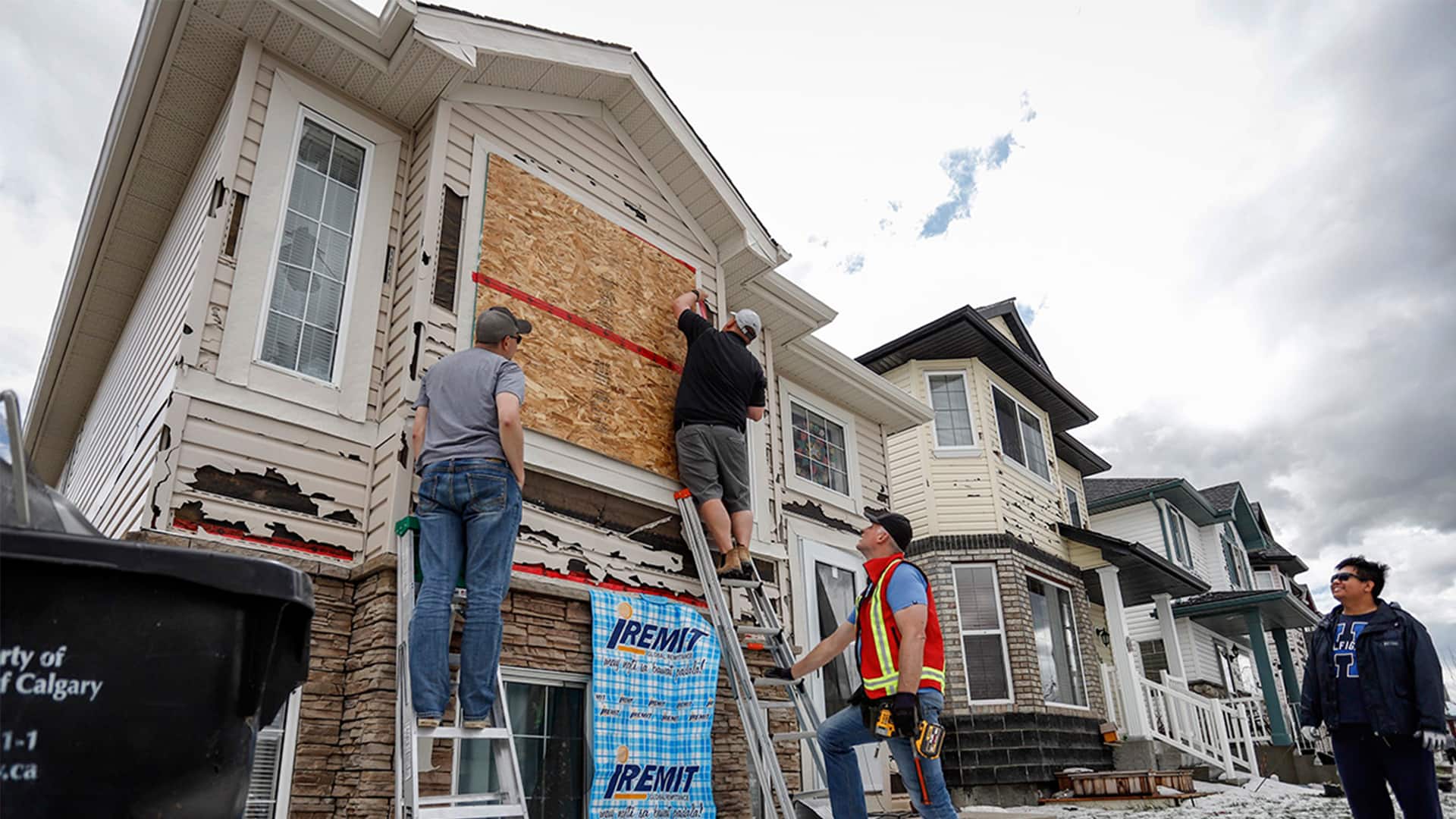 7 months agoVideo
2:03
Calgary residents are cleaning up after a massive storm flooded its streets, while baseball-sized hail damaged cars and homes, and at least one tornado touched down outside the city. 2:03