With Phase 1 of construction completed, the ice is now open at the Parkdale Community Association's fully accessible outdoor rink, which is Alberta's first. 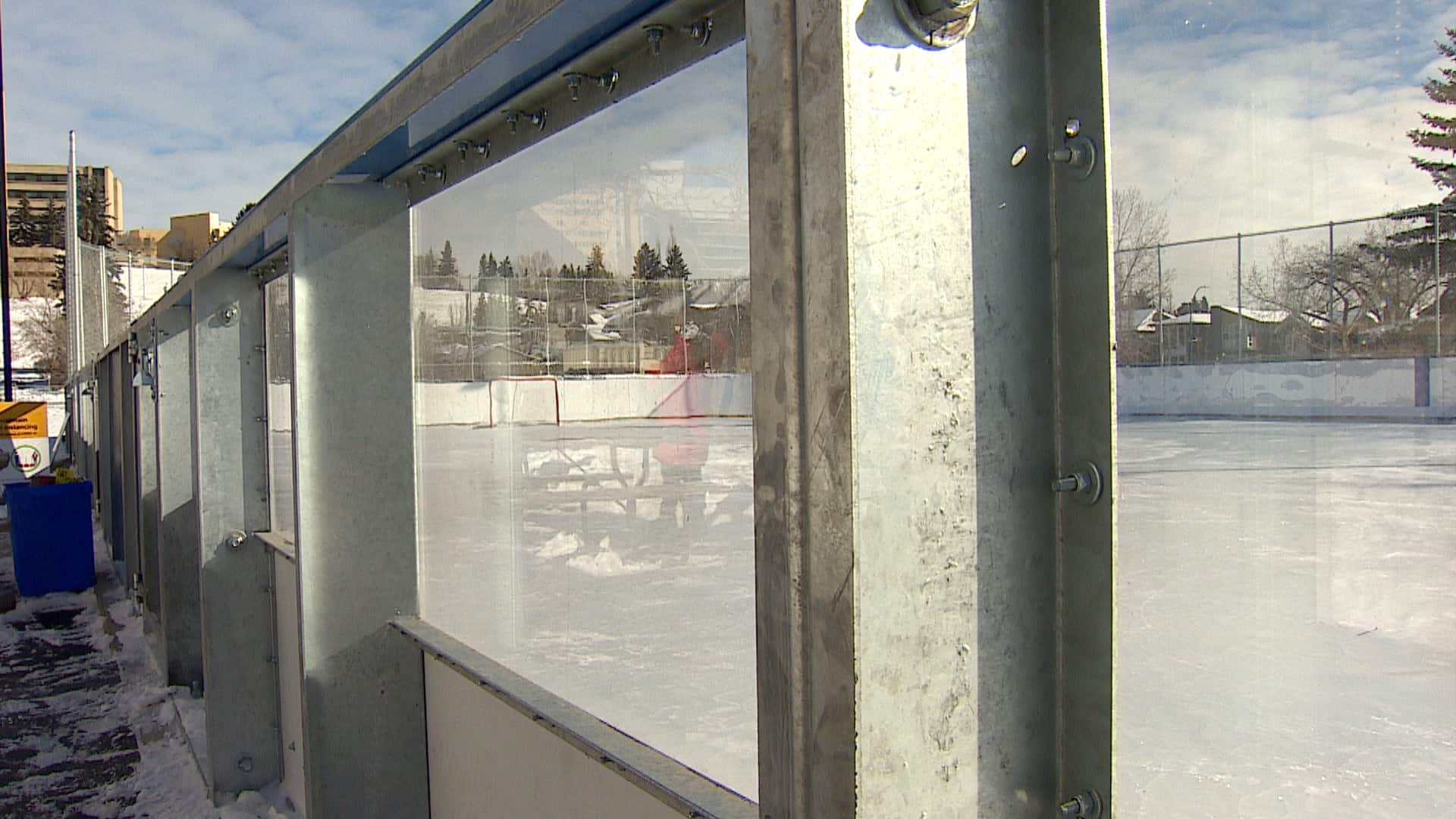 9 days ago
1:53
The Parkdale Community Association replaced its old rink with one that can accommodate anyone and everyone. 1:53

Phase 1 of construction has officially been completed on the Parkdale Community Rink & Hub, which means accessible and inclusive ice is now open for skaters and sledge hockey players.

The Parkdale Community Association said the outdoor rink in the northwest Calgary neighbourhood is the first of its kind in Alberta, and only the second in Canada.

The first phase of the project saw the rink completed with inclusivity in mind.

For example, bench doors are wider, so that persons using mobility devices easily get in and out, and transparent boards were installed, to ensure spectators and players who are off the ice can see the game from sleds or wheelchairs.

Phase 2 is up next, and will focus on ensuring aspects such as the changing rooms, bathrooms and parking lot are also made fully accessible. It is expected to be completed this summer.

The goal behind the project, said community association president Amanda Affonso, was to create a space that could be used by everyone.

"We're really hoping to attract those that have accessibility concerns or issues," Affonso said.

"Sledge hockey players, for example, giving them a place to skate. We're hoping to attract seniors, or just anybody who enjoys the outdoors but has limitations due to accessibility."

The Parkdale Community Association began exploring options to replace its community rink about three years ago, when it reached the end of its 30-year lifespan.

It led them to connect with Level Playing Field, which provides accessibility consulting services, and the Calgary Sledge Hockey Association, which directed them to the Dakota Community Centre in Winnipeg — home to the first accessible outdoor rink built in Canada.

"There wasn't really that much difference between the regular old rink and an accessible rink," Butterwick said at the time. "So we decided we had to do this, and we're on our way."

The two phases each cost about $500,000, Butterwick said. The funding for the rink has been sourced through Parks Foundation Calgary, the Calgary Flames Foundation, a provincial grant and a reimbursement grant through the city.

"We were completely on board with what they were doing and wanted to support them any way we could," said Alan Halbert, president of Calgary Sledge Hockey association.

"So we worked through some fundraising opportunities with them and just some letters of recommendation as they were going through, getting their grants put together, and that's worked out really well."

For Halbert, having accessible ice is a huge advantage for members of his organization.

Alberta's sledge hockey players now have more opportunities to practise, which will allow the team to get better and become more competitive, he said.

"Our organization currently has about 60 sledge hockey players; probably about 10 or 15 per cent of them are wheelchair bound to some degree. Others have varying disabilities, whether it be amputations or … different things that require better access or easier access to the rink," Halbert said.

"So it'll be a welcome addition to Calgary, and to have the outdoor option will be a bonus."

The overall feeling from the players is eagerness and excitement, Halbert said.

"They're getting ready to go. I wouldn't be surprised if they're on there this weekend coming up … they'll make it happen," Halbert said. "I'll be out there."

With files from Dave Gilson and the Calgary Eyeopener