After two weeks of declining to comment in the media, former federal Liberal candidate for Calgary Nose Hill, Ala Buzreba, speaks out about the younger self who made the mistakes, and her advice for young people today. 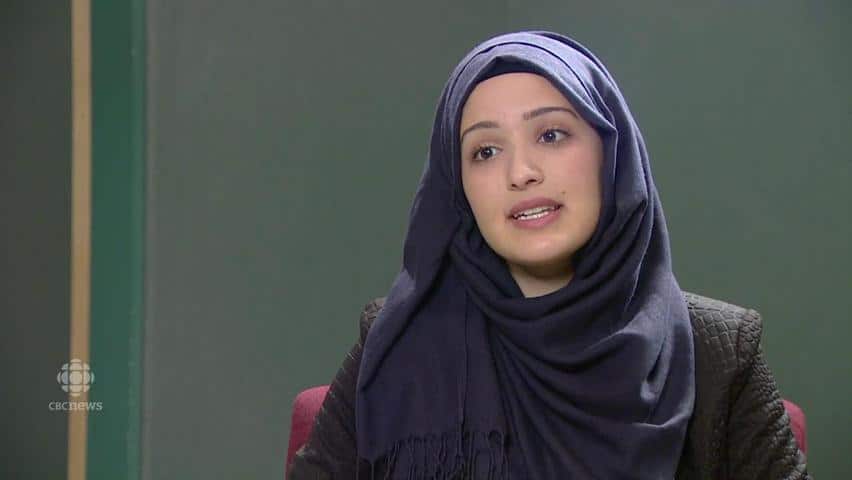 Ala Buzreba talks about the perils of social media

After staying out of the media spotlight since dropping out of the federal race in Calgary Nose Hill, Ala Buzreba, 21, told the CBC on Tuesday what it's been like for her since the tweets she wrote at age 16 came back to haunt her.

When the tweets first resurfaced on a blog at 6 a.m. on Aug.18, Buzreba said it was hard for her to remember she'd actually said those things online.

But then she remembered the active social media life of her 16-year-old self, and it all came back to her:

"I was debating all the time, and I wasn't doing it properly. I was adding fuel to the fire. I should have behaved more appropriately, but back then I didn't think of the consequences of my actions."

Buzreba was also very active on Facebook then, writing her opinions and reactions to articles she read online.

She says her words attracted racist, Islamophobic comments from anonymous accounts on Twitter.

But she did not think to hide her identity: "Thinking back now ... I had my school on there, I had my age on there, it was very easy to figure out who I was from my Twitter."

After her offensive tweets from 2011 became public, Buzreba quickly decided to drop her candidacy. It wasn't only the negative publicity from the tweets that caused her to make the decision; she says she had already been the target of hate starting from when she threw her hat into the ring for Calgary Nose Hill.

"[The Twitter controversy] was kind of just the straw that broke the camel's back, I guess you could say. I wasn't new to hate, right when I got nominated someone made really disgusting comments about me. There was a pornographic image of me that someone had cropped and put on someone's body. It was too much, too overwhelming, I couldn't take it anymore."

She says the Liberal party supported her and it was her choice to resign.

Asked about the controversial social media posts that surfaced after Calgary MLA Deborah Drever won her riding, Buzreba noted some similarities with her own situation.

"I think the same people that were coming to [Drever's] defence were the same people that were coming to my defence ... I think anybody under 30 kind of understood both of us a little bit, but anybody in a different age group that didn't grow up with social media couldn't understand. They didn't have their lives documented over Facebook or Twitter so for them it's kind of easier to throw away their past."

She doesn't rule out an eventual return to politics, though, and has some words of caution for other young people who are politically vocal online:

"Don't upset people online, don't add fuel to their fire, because these people can be some of the most hateful people out there. Just leave it at that, don't engage with them, use social media in a positive way."

Buzreba plans to return to university to finish a degree in International Relations.