The body was found Jan. 29 in what police described as a remote, wooded area about 70 kilometres west of Calgary. 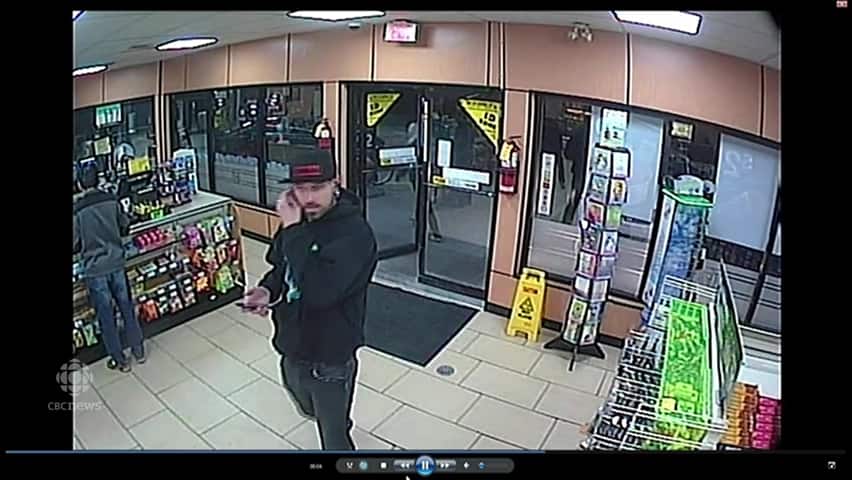 4 years agoVideo
0:07
Surveillance video of Fletcher Kimmel, last seen in a northeast 7-Eleven in September 2016. His remains were found Jan. 29 west of Calgary. 0:07

The death of a man whose remains were found in a wooded area near Jumpingpound Demonstration Forest last month has been deemed suspicious by police.

Human remains were found Jan. 29 in what police described as a remote, wooded area about 60 kilometres west of Calgary.

An autopsy done this week identified the remains as Fletcher Kimmel, 30, who had been reported missing last September.

Kimmel was last seen at the 7-Eleven store in the 3500 block of 39th Avenue N.E. on Sept. 27 and police believe he left there on foot, headed for the Whitehorn LRT station.

He was not seen again.

At the time of his disappearance, investigators said Kimmel was known to them but they would not elaborate.

Originally from Brooks, Alta., where he still has family, police believed Kimmel was living in the Marda Loop area when he disappeared.

Police said Kimmel's friends and family have been cooperative with investigators. A Facebook page was also set up asking for information.