According to a report by the Alberta Emergency Management Agency (AEMA), the groundwater flooding was neither widespread nor extraordinary and was caused by rainfall and snow.

However, some homeowners in the mountain community east of Canmore argue the cause of the flood is still unknown.

Margaret Blockhuis, one out of 19 affected homeowners, says she questions the province's conclusion.

"Where did it rain? It didn't rain here.… I had to water my garden every day even though we were flooding all around it," she said.

Blockhuis says she spent $20,000 fixing her floors, which isn't covered by insurance.

Flood mitigation project may be cause

Some residents of the hamlet are wondering if a recent flood mitigation project caused ground flooding in their basements and yards.

Maarten van Haeren has lived in the area for about five years but says he's pumping water for the first time.

"We do live in a low lying area with several creeks around, but this is certainly abnormal," he said. 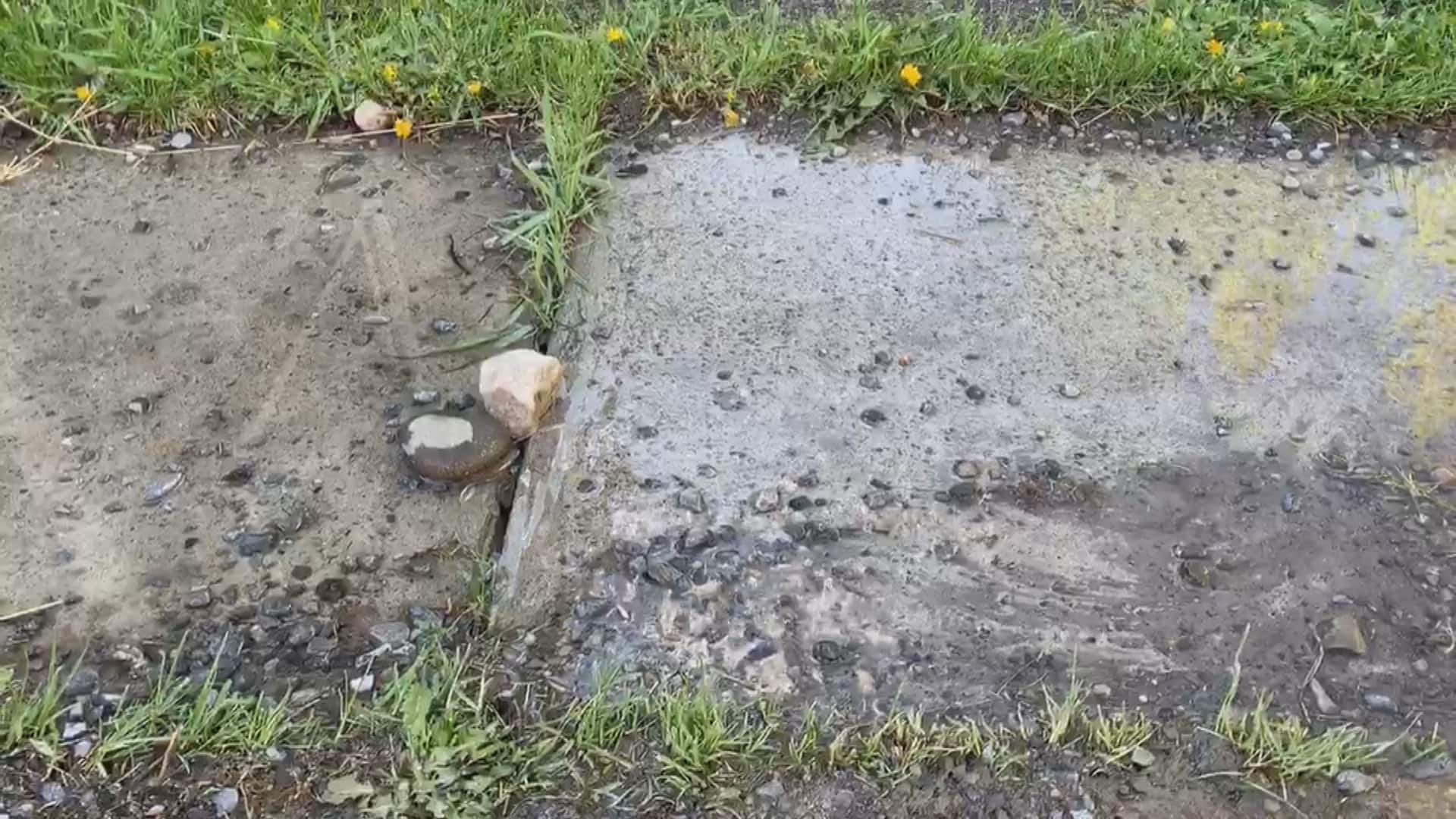 See the flooding in this Exshaw backyard

5 months ago
0:33
Some Albertans are raising concerns about unusual flooding in their community. (Submitted by Maarten van Haeren) 0:33

Van Haeren and his neighbours want to know if the problem is connected to a recent flood mitigation project on Exshaw Creek.

Dene Cooper, reeve of the Municipal District of Bighorn, says that according to the engineers who worked on the project, that may be possible but it's highly unlikely.

He says he's waiting on a report from a hydrogeologist to confirm the cause of the flood, but it's taking longer than expected.

"I'm patient only because I need a very good report … politicians often push things and sometimes it weakens the product," he said.

Justin Marshall, press secretary for the minister of municipal affairs, said while the government's review process did find that the water levels didn't meet the extraordinary event benchmark, the AEMA did approve a $50,000 budget for the M.D. of Bighorn to support community response and evacuation costs.

"We recognize the difficulty that residents of the M.D. of Bighorn and other communities have faced from the June 1st groundwater flooding, and our hearts go out to the families communities that have been affected," he said in an emailed statement.

"Alberta's government ... continues to encourage Albertans to work closely with their insurance providers to ensure they are fully informed about their coverage and the risks to their property."

However, Cooper says there was around $113,000 in response bills.

"I'm appreciative they responded to us in a meaningful way, it just doesn't cover the complete costs," he said.

As well, he says it's tough seeing those who had their homes affected by groundwater flooding.

"If you just bought your house and moved in and this happens to you, it's a catastrophe."