The era of cheap wind and solar has arrived, U of C researchers find

New University of Calgary research finds the cost of wind and solar power has dropped dramatically, and is now on par with natural gas.

New University of Calgary research finds the cost of wind and solar power has dropped dramatically and is now on par with natural gas.

"From 10 years ago, solar prices have dropped by 90 per cent. Wind has fallen by about 70 per cent. So when I say prices have come down, it's not just a little bit. These are massive declines," Blake Shaffer, an assistant professor in the department of economics at the U of C, told the Calgary Eyeopener.

Shaffer is one of the authors, along with Nick Schumacher, Victoria Goodday and Jennifer Winter, of the report titled Energy and Environmental Policy Trends, released Wednesday from the School of Public Policy.

Shaffer said one of the things driving the change is that prices for renewables were much higher 10 years ago, even five years ago. Now, the cost to produce electricity from solar and wind has gone down due to improvements and efficiencies in the technology. The cost of manufacturing solar panels, for example, is much cheaper thanks to demand, and to China taking the lead on production.

"It's a little different on the solar versus the wind front, but solar really has been the scale-up in manufacturing," Shaffer said.

"In large part it's China, responding and making the cost of solar panels that much cheaper. It's not that different from, if you think about your television — I stare at my 27-inch flat screen that I bought 10 years ago, and marvel how much I paid for that thing, compared to what it would cost today."

"The biggest growth in renewables is going to be in Alberta for a variety of reasons.… We're making big changes in our power market, phasing out coal. There's room to replace generation, too. We've got a great resource. You know, we're blessed with a lot of energy resources, wind and solar alike. If you travel down to Pincher Creek, you'd know how good the wind is down there."Shaffer said that 10 years ago, wind turbines were maybe the size of a large house.

Now they're as tall as a football field, blades one hundred metres wide," he said. "And it just means they can pick up a wider array of wind speed, to generate more power for the same amount of wind."

Shaffer said Alberta and southern Saskatchewan have the best solar resources in Canada, as well as an open market set up that allows for investment.

"Most other power markets in Canada are government-run monopolies. So they're either buying, in which case it's great for a developer, or they're not," he said. "Whereas here we have this open, competitive market. So if the price is right, people will come. And that's what we're seeing right now."

Shaffer said cost isn't the only consideration. For people to accept a shift to renewables, they will have to deliver reliable energy.

"Renewables haven't changed the fact that they're still intermittent. They only get solar power when the sun is shining, wind power when the wind is blowing," he said. "And so from that perspective, it's not as high a quality of electricity. And so you do need a mix."

"We do need some, what we call 'dispatchable' power, which is something like natural gas, so you can turn it on when it's needed," he said. "But increasingly, we're going to build a base of renewable generation, and we're going to fill in the gaps of when it's not there with newer technologies like storage, so batteries."

People will have to adjust, Shaffer said, to being asked to adjust their usage during peak times, something called demand response.

"Getting people to shift their patterns of usage to respond to when the power's there, that's going to feel a bit weird. It's not something we're used to, but increasingly it's easier with technology." 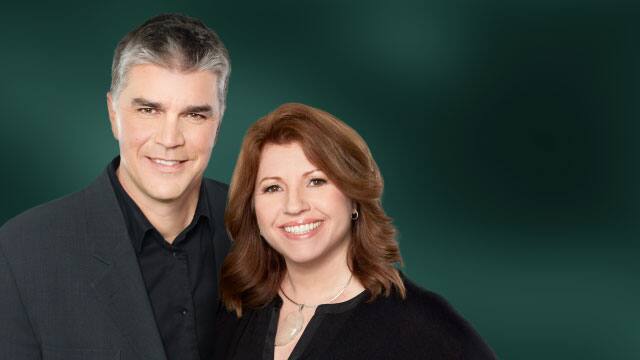 Calgary Eyeopener7:59Renewed hope for renewables
Research from the University of Calgary shows the cost of wind and solar power is now on par with natural gas. 7:59