Alberta leaders call it 'ungenerous and short-sighted,' take jabs at Montreal's own actions 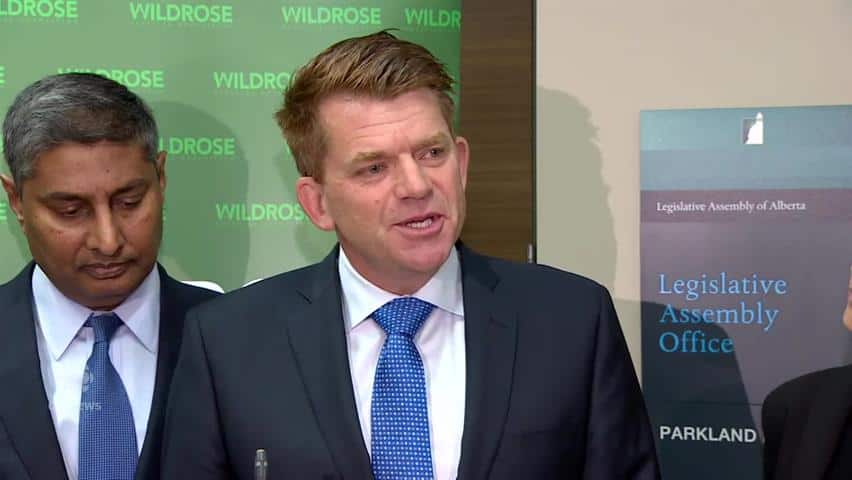 Political and business leaders in Alberta — and across the Prairies — are voicing strong reaction to Montreal Mayor Denis Coderre's opposition of the Energy East pipeline project.

Calgary Mayor Naheed Nenshi​ didn't waiver when asked what he thought of his Montreal counterpart's claims.

"He's wrong, it's as simple as that," Nenshi said Thursday afternoon.

"While Mr. Coderre dumps a billion litres of raw sewage directly into his waterways and benefits from billions in equalization payments, his opposition to the Energy East pipeline is nothing short of hypocritical," said Jean in a media release.

"Montreal buys millions of barrels of foreign oil from dictatorships, but it is rejecting oil from their friends in confederation — it's disgraceful. This is a project that will benefit all of Canada, and will improve our GDP by $55 billion."

​The City of Montreal's opposition is the latest challenge to TransCanada's proposed pipeline project, which would carry 1.1 million barrels a day of oilsands crude through Quebec to an export terminal in Saint John, N.B.

The project would include the existing TransCanada pipeline as far east as Montreal plus a new pipeline through Quebec.

Calling it a sad day for the country, Saskatchewan Premier Brad Wall wrote a Facebook post blasting "leaders from a province that benefits from being part of Canada" for being "parochial about a project that would benefit all of Canada."

His social media posts also criticize Quebec leaders for accepting nearly $10 billion in equalization payments this year, saying the western energy sector has supported the entire Canadian economy for the better part of the last decade.

"Is it too much to expect that these Quebec municipal leaders would respond to this reality with generous support for a pipeline that supports the very sector that has supported them?" said Wall.

"We know that people do have questions and concerns related to pipeline safety — related to the protection of the environment — and we want to address those concerns as best we can," said Tim Duboyce, spokesperson for Energy East.

"At the end of the day we are looking at a project that is better than the status quo. Pipelines are proven to be the safest way to move oil over long distances — oil that we all need."

Since the pipeline was first proposed in 2013, Duboyce says there have been roughly 700 changes made to the project in response to feedback from stakeholders.

He says TransCanada will review the report based on the public consultation from around the Montreal area, and will consider changes to the route and hosting additional information meetings.

"We are also facing a very serious challenge today due to the collapse in commodity prices — and so do all Canadians, since we all look to the same resource revenues to create jobs and fund the social programs we all depend on."

"It's not progress," said Chris Bloomer, president and CEO of the Canadian Energy Pipeline Association. "In today's environment we need to be cognizant that projects can't wait forever."

"We need to communicate what the industry is doing to demonstrate that they are [safe]," said Bloomer.

Greg Stringham, vice president of Canadian Association of Petroleum Producers, says this isn't a setback, but wants to see Quebec and Atlantic Canada reverse their dependance on foreign oil.

He says 600,000 barrels of oil are brought in from suppliers outside of Canada every day.

"The real prime purpose for us it to make this Canadian oil available for others in other parts of Canada including Quebec."

"Trudeau already said that pipelines projects must be accepted by the local communities before they get approved. [Montreal's] decision is a clear no to TransCanada's project, which means that it cannot go forward," said Patrick Bonin, a Greenpeace climate and energy campaigner.

The National Energy Board has yet to have its review of the project. TransCanada will submit a report to the federal government in 2017. If approved, they hope the pipeline will be operational by 2020.