'This is not a partisan issue, this is an issue of life and death', says Red Deer's mayor

"This is not a partisan issue, this is an issue of life and death," Red Deer Mayor Tara Veer said Tuesday.

Veer, along with Calgary Mayor Naheed Nenshi, Lethbridge Mayor Chris Spearman, and Regional Municipality of Wood Buffalo Mayor Don Scott held a joint news conference to express concerns, before they meet with local MLAs this week so they can provide data and personal stories that they say demonstrate the effectiveness of the current municipal dispatch system.

The mayors say their emergency response times are faster than the province's consolidated dispatch times, so they are asking Alberta Health Services what data it is using to justify the switch.

"I would like to welcome and call for a third-party review of the net financial and emergency response benefits of the change, that would provide a fair and balanced evaluation of the impact of this change," Spearman said.

Scott said Wood Buffalo's ambulances are dispatched 48 seconds faster than AHS 90 per cent of the time.

Alberta Health Services announced in August it would consolidate ambulance dispatch centres across the province, bringing municipally controlled sites in Calgary, Lethbridge, Red Deer and the Municipality of Wood Buffalo into the three existing AHS centres.

Those AHS centres have been providing dispatch services to other Alberta municipalities like Edmonton, Medicine Hat and Grande Prairie since 2009. Fire, police and other first responders will continue to be dispatched by municipalities.

Mayors of the four municipalities had said they hadn't been consulted about the switch and Health Minister Tyler Shandro had said he would review the decision — but on Friday dismissed their concerns in a letter and said the move would go ahead. 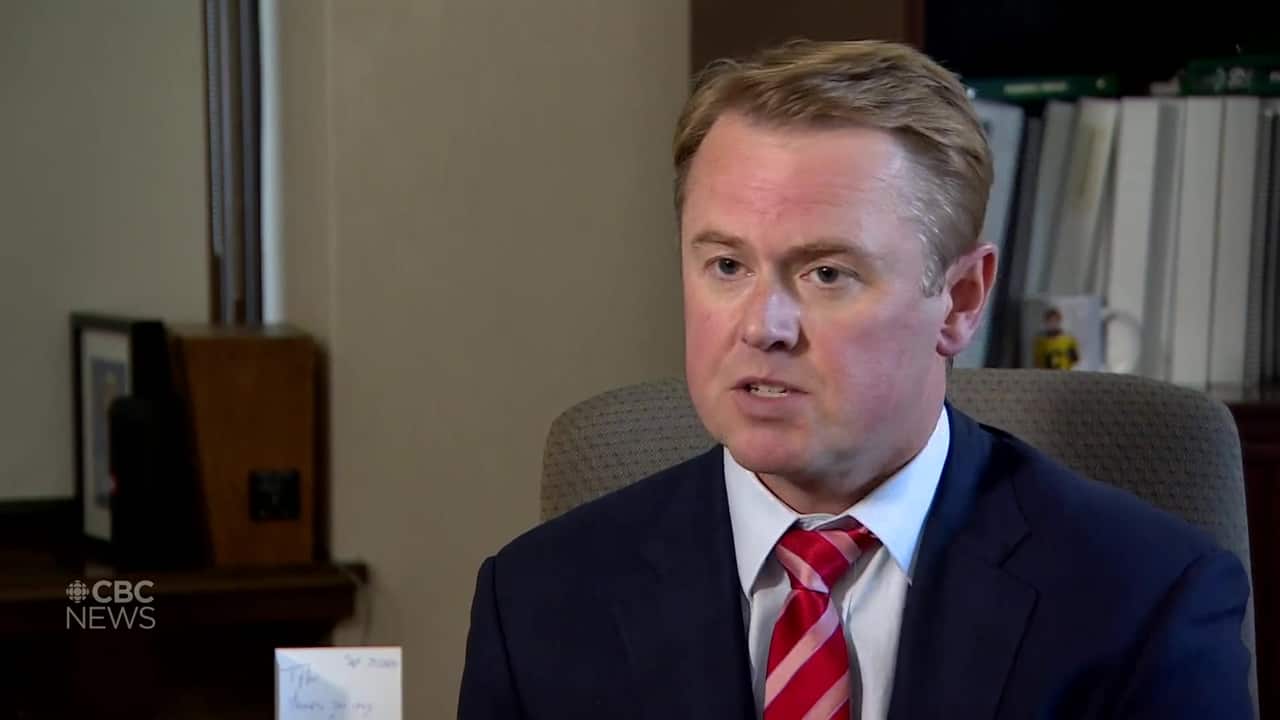 3 months agoVideo
3:13
Minister Shandro talks about the AHS consolidation of EMS services, which would bring four municipalities in line with the rest of the province despite pushback from the mayors. 3:13

A spokesperson for the premier's office said 60 per cent of the Alberta already operates successfully under AHS dispatch.

AHS said the move save $6 million a year and allow the province to send the nearest available ambulance to a patient, but some first responder groups have expressed concerns it could cause delays in co-ordinated responses.

Veer said the consolidation could cause AHS dispatch to experience an increase up to 200,000 calls per year.

Nenshi also questioned why he was asked not to share data from AHS about dispatch times that is being used to justify the decision with the public, and said if it wasn't released in a timely manner he would submit a Freedom of Information request and release the info himself.

AHS said in an email that it will be making that data public as soon as possible, but as it's a large amount of raw data it will need context and explanation.

The mayors also released a response and "fact check" to the health minister's Friday letter.

Nenshi said AHS Chief Paramedic Darren Sandbeck has accepted an invitation to a Nov. 2 meeting of Calgary city council to discuss the move.

The change is expected to take effect in January.

With files from Colleen Underwood