While Calgary's downtown vacancy rate has improved ever so slightly from its 25.7 per cent high in 2017, there are four buildings in the core with no office tenants whatsoever.

Vacancy rate is improving slightly, but some landlords don't have any office tenants 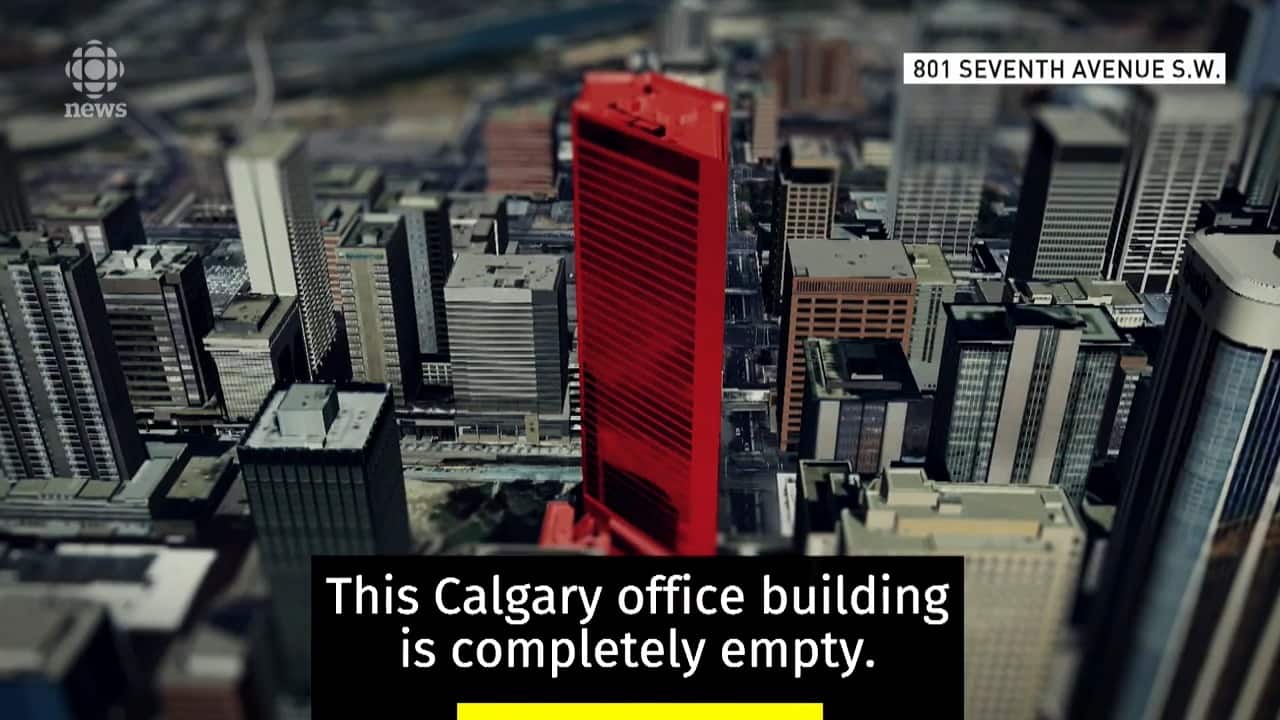 1 year ago
3:08
Is Calgary's downtown vacancy situation getting better or worse? The answer might surprise you. 3:08

While Calgary's downtown vacancy rate has improved ever so slightly from its 25.7 per cent high in 2017, there are four buildings in the core with no office tenants whatsoever.

The most significant of the four is at 801 Seventh Avenue S.W. — formerly known as the Nexen building — which emptied out when Nexen moved all of its employees to The Bow building last year.

"There's only four buildings out of the 170 that we track in downtown Calgary that are completely vacant."

She says the Nexen building is a different case because it was occupied by one tenant and the landlord now has to decide what to do with the space as it's unlikely to attract another single tenant.

The other vacant office buildings on the list are:

The Lougheed, which still houses the Grand Theatre, is currently having its office spaces renovated by the landlord, and the old SNC Lavalin building, like the Nexen tower, still houses retail tenants at ground level.

Four other buildings downtown are sitting at over 75 per cent vacancy, while 35 buildings are fully occupied.

Calgary's overall vacancy rate in the downtown sits at 24.2 per cent, according to Avison Young's market report for the fourth quarter of 2019.

That's down from 25.7 per cent in 2017, and the commercial real estate company notes that absorption of office space has been positive for two years after three straight years of declines.

Top tier buildings have the lowest vacancy rates, according to the report.

"We tend to see a flight to quality in office buildings during a downturn because there are tenants that are still doing well and they may have similar or even better budgets than they did before the downturn started," said Thompson.

"So they can now consider either better quality buildings or better locations."