Mating season is in full swing for the wild animals, and bull elk can become "extremely aggressive" when it comes to protecting their harems this time of year, warns Parks Canada.

If confronted by an elk, take a dominant stance and do not play dead 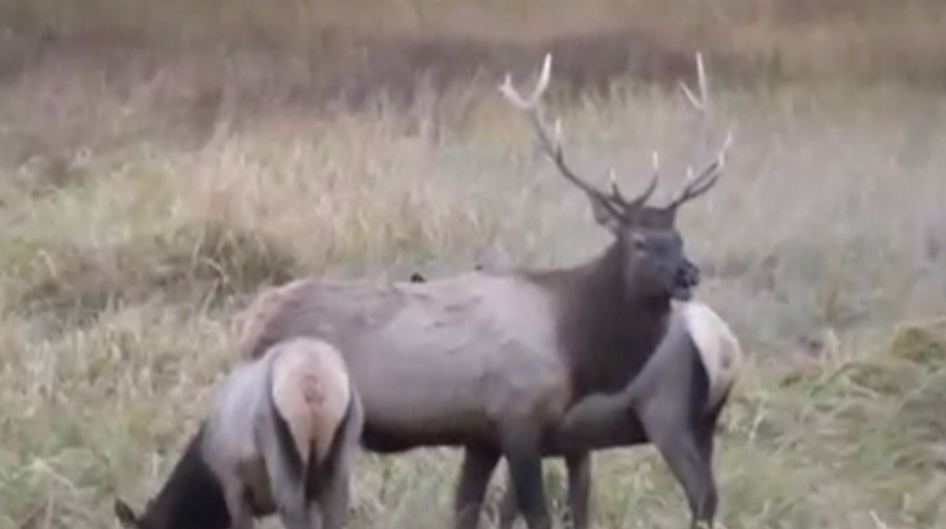 5 years ago
Duration 0:44
Bull elk can become extremely aggressive during the rutting season, which runs from September through mid-October. 0:44

The elk are at it again, and if you know what's good for you, you'll leave them to it.

Mating season is in full swing for the wild animals, and bull elk can become "extremely aggressive" when it comes to protecting their harems this time of year, warns Parks Canada.

Males will fight each other for the right to breed and gather cows, and they could charge without warning at anyone and anything that gets too close.

Already this year, five elk have been killed in Jasper National Park for aggressive behaviour toward people.

Here's how to keep yourself safe during the season, which lasts from September until mid-October.

Parks Canada advises you stay at least 30 metres, or roughly three bus-lengths, away from elk at all times. Make sure you never come between a male and his females.

Do not approach, even in your car, as bull elk have been known to charge vehicles that appear to get in their way.

If an elk gets too close, assert your own dominance by making yourself appear larger.

Raise your arms, maintain eye contact and never turn your back or run.

Climb a nearby tree or position yourself so that a large object such as a tree or rock lies between you and the elk.

Back slowly out of the area.

If you see an elk, or if you are knocked down by one, do not play dead.

Get up immediately and move to cover or use an object to protect yourself.

Carry bear spray, a walking stick or an umbrella as an extra precaution, advises Parks Canada.

Keep any pets on a leash at all times.

Elk may mistake unleashed dogs for predators, such as wolf or coyotes, and this can provoke aggression.