While nine in 10 Canadians younger than 35 believe the oil and gas industry is important to the country's economy now, only 60 per cent think it will remain that way in the future.

Poll results suggest divide between young and old on energy

Young Canadians may doubt the future importance of the country's oil and gas industry — but Scott Darling does not. Both his sons continue to study petroleum engineering, even amid the current plunge in oil prices.

"I swear I didn't push them this way," he says, laughing.

While business has slowed because of the lowest oil prices in decades, the CEO of Performance Energy Services, a Calgary-based cementing and well abandonment business, feels good about the industry eventually rebounding.

"Our biggest challenge in this industry right now is misinformation … misinformation that pipelines are harmful for the environment," says Darling. "We're a very regulated business, very environmentally friendly."

This is a generation that has yet to live through a recession of any significance.–Herb Emery, University of Calgary

Young Canadians, however, don't share Darling's enthusiasm for the future of fossil fuels — and they aren't as enthusiastic about pipelines as their parents and grandparents. While nine in 10 Canadians younger than 35 believe the oil and gas industry is important to the country's economy now, only 60 per cent think it will remain that way in the future.

And a new poll of 2,098 Canadians between Feb. 16 and 26 commissioned by the CBC also suggests young Canadians worry more about the environment than the economy, compared with their older counterparts.

The national survey also found that people less than 35 are more likely to support stricter laws to protect the environment than older generations.

Canada should do more to support the development of clean energy and clean technology, even if it results in increased energy costs:

Sitting around a conference table at the Alberta Wilderness Association's headquarters in a tree-lined street in central Calgary, the three young women call their generation's commitment to protecting the environment a natural consequence of coming of age when they did.

"We've grown up knowing about environmental issues and about issues like climate change right from when we were young," says Johancsik, 22. 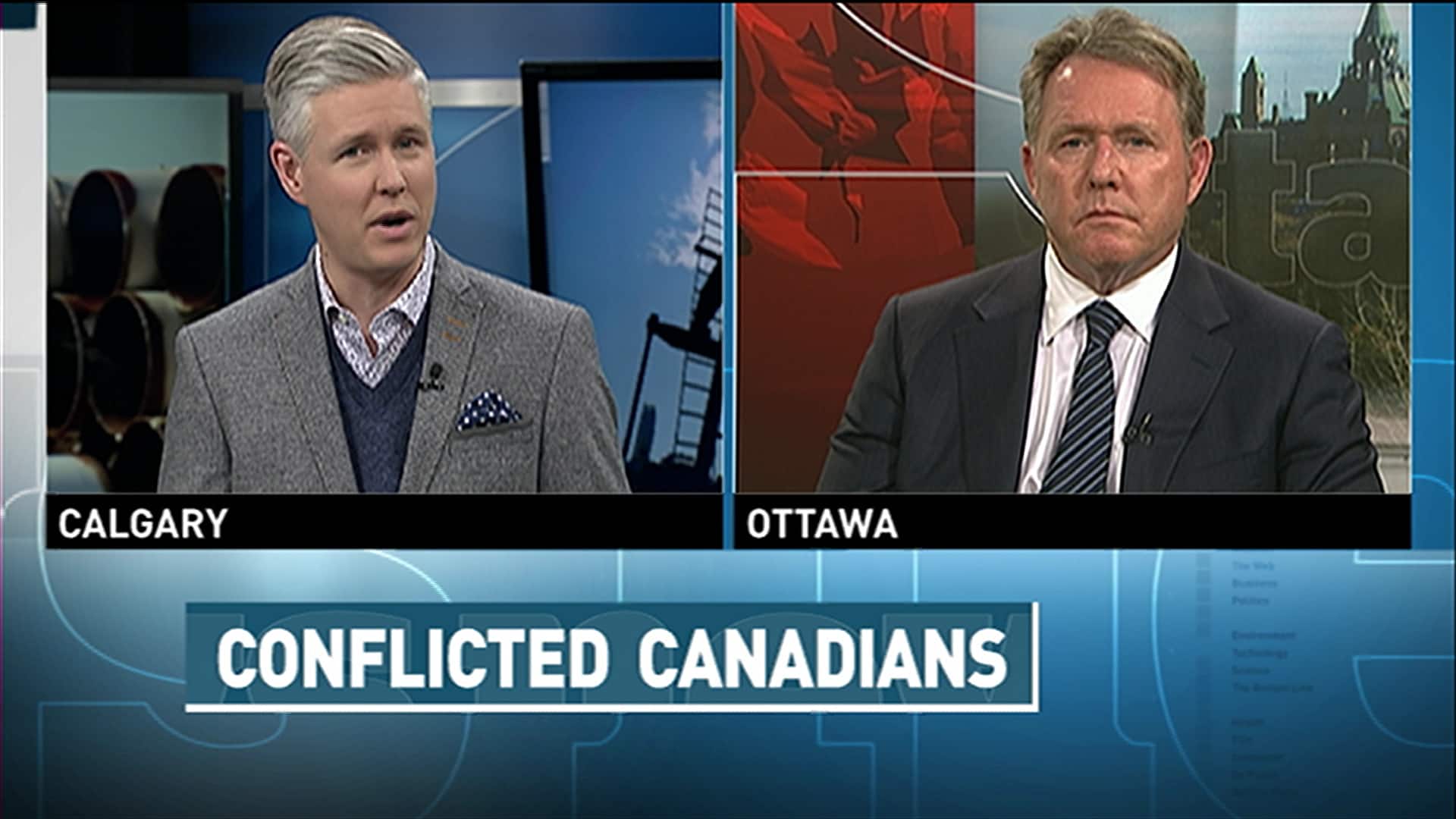 The economy, the environment, or both? How Canadian attitudes are shifting

5 years ago
3:39
Frank Graves, president of EKOS Research, shares the findings of a new poll that measures how Canadians rank environmental, economic, and energy concerns. 3:39

She remembers watching former U.S. vice-president Al Gore's dire warnings about climate change in the documentary film An Inconvenient Truth before she became a teenager.

Skrajny, 22, calls protecting the environment an investment in the future.

Bogorov, 23, cautions about interpreting younger Canadians' concerns about pipelines as knee-jerk or even total opposition.

Economist Herb Emery, with the University of Calgary School of Public Policy, calls the division between old and young Canadians significant. He suspects many young people might have different views about the economy if they'd lived through tougher economic times, such as the prolonged recessions of the 1980s and 1990s.

"This is a generation that has yet to live through a recession of any significance," he says. "When you believe the economy is always good, you tend to prefer things like green policies over jobs."

But Johancsik rejects the notion that young people see the environment and economy as competing interests.

"Part of the problem is that we are separating the economy and the environment when they are inextricably linked," she says.

Oil and gas is certainly entrenched and a really important industry in Alberta. It's not going to disappear overnight.- Andrea  Johancsik , environmentalist

Johancsik, Bogorov and Skrajny concede that the oil and gas industry won't go away any time soon.

"Oil and gas is certainly entrenched and a really important industry in Alberta," says Johancsik. "It's not going to disappear overnight."

Emery, though, doubts that young people appreciate the importance of the oil and gas industry to Canada's economy.

"There's a little bit of a disconnect between what really drives the Canadian economy," he says.

The economist, who bikes to work, stresses that boosting alternative energy sources comes with an unexpected price.

"If renewables come online, it makes fossil fuels cheaper, which will keep them in the market longer. This is why it has taken so long for other old technologies to phase out, like land lines," says Emery.

Bogorov says there's no doubt the oil and gas industry will "linger."

"Our future responsibility," she stresses, "is to make sure that we finish the job right and keep in mind how these projects can and should end."

Despite the "for lease" signs filling the street in front of his business, work continues at Darling's Red Deer cementing and well abandonment yard. Men in red coveralls still fill trucks with cement. And the abandoned well business remains "fairly busy," says Darling.

The third-generation entrepreneur believes his sons should have work when they finish university. He scoffs at suggestions that Canada could end its reliance on oil and gas any time soon, and hopes young people realize they, in part, feed the need for oil and gas.

"Everything they do is involved in oil and gas. Young people are still using their computers. It takes oil and gas to get that computer," says Darling.