Reptile World in southern Alberta is in trouble because of heating problems in their building. Owners of the private zoo in Drumheller are currently looking for a new venue. 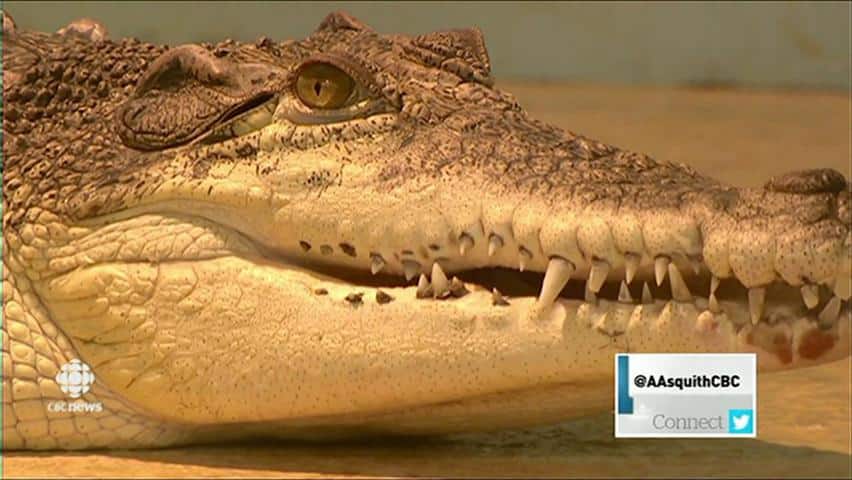 6 years agoVideo
2:32
The Drumheller tourist attraction may be forced to close if it can't raise the cash to overhaul its crumbling building. 2:32

One of Drumheller's well-known tourist attractions could be forced to close its doors due to heating problems inside the building.

Reptile World is a private, indoor zoo located in the centre of the southern Alberta town of Drumheller and features 218 creatures, including Fred — a 12-foot American alligator.

Owner and founder Dave Bethel was a guest on the Calgary Eyeopener on Monday morning.

"We're (in) an old, antiquated building that we moved into 10 years ago," he said.

"The old system is failing. The roof's failing, the heating and air conditioning is failing, and (it's) too old to repair."

The building was once home to a grocery story and had been vacant for six years prior to Reptile World moving in.

While the zoo generates revenue solely through admissions and souvenirs, Bethel doesn't believe it's enough to cover the cost of repairs, which is estimated at $400,000.

He hopes a combination of private investment, donations and volunteer help will be able to bridge the funding gap.

If the facility is forced to close, Bethel would need to disperse many of the animals as quickly as possible.

He is confident he would be able to find homes for the animals if the facility were to close, but he said that would be a last resort — and he hopes it doesn't come to that.

"I've been doing this all of my life.... Obviously there's an emotional attachment to them,`` said Bethel, who started volunteering in the Manchester Zoo in England at the age of 12. "They're all my pets."

An Indiegogo page has been created to help raise money for the repairs.