An iconic Vancouver-based author and artist hopes to capture a three-dimensional group portrait of Canadians for his latest technology project, all while challenging people to think about how technology shapes our lives.

Artist aims to scan and print thousands of heads, then modify tweak, and paint them 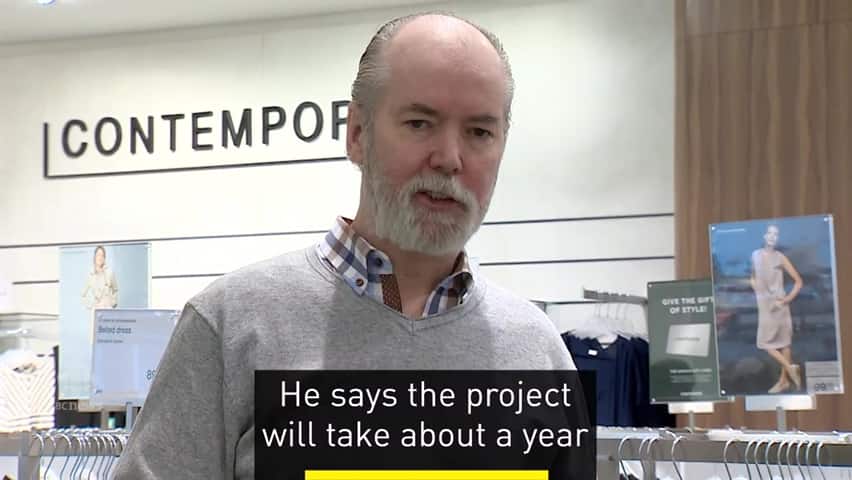 An iconic Vancouver-based author and artist hopes to capture a three-dimensional group portrait of Canadians for his latest technology project, all while challenging people to think about how technology shapes our lives.

"We are making that in Vancouver in my studio, it should be done in about a year. Thousands of heads, we will modify and tweak them, paint them," Douglas Coupland told the Calgary Eyeopener Friday.

"I would hope it was nothing less than mind blowing."

Partnering with Simons department store, Coupland is crossing the country capturing about 100 people in each city.

"We are taking people ... sitting them down, we have got this lens we put on an iPad, they sit still for about 30 to 45 seconds, we circle them, we capture them, basically, and then they get a print out of their head, their own miniature bust," the 55-year-old Generation X author said.

Everyone who participates walks away with a 3D sculpture of themselves.

Coupland said the printers represent a point in technological time.

"3D printers right now are where photocopiers were in 1980," he said.

"The price has gone way down. It's just revolutionizing the way we look at the world, how we make things. There is always the urban legend that local people don't like being photographed because it will steal their soul. It's kind of like that where we actually do steal your soul."

Coupland has penned dozens of books, but said he realized over a decade ago that writing only told half the story.

"About 15 years ago, I realized writing is about time and art is about space, and I am only using the time portion of my brain and I really should start thinking three-dimensionally, making objects as well as words."

He said technology has changed our lives in ways that may not be understood by younger generations.

For example, Coupland said, in 1997, the ability to access information through a Google search didn't exist.

"And yet here we are 20 years later, and we are humans and ungrateful, and we are like, 'Yeah, yeah, Google, boring, whatever, next,' but we get used to knowing the answer to everything. Everything is instantly verifiable," he said.

"We are just smarter and we don't realize it."

With files from The Calgary Eyeopener