This summer, while hiking with his father through Horseshoe Canyon in the Badlands region, 12-year-old Nathan Hrushkin made a discovery that would excite even the most seasoned paleontologist.

Nathan Hrushkin and his father have hiked through the Drumheller, Alta., area for years.

The Calgary boy has always loved dinosaurs, so it's natural that the 12-year-old is an aspiring paleontologist — figuring such a vocation is the easiest way to get up close and personal with fossils.

This summer, while hiking with his father through Horseshoe Canyon in the Badlands region, Nathan made a discovery at the top of a hill that would excite even the most seasoned paleontologist.

"When I looked at it, it was very, very obviously a bone. It looked like a bone you'd see in a TV show," Nathan said. 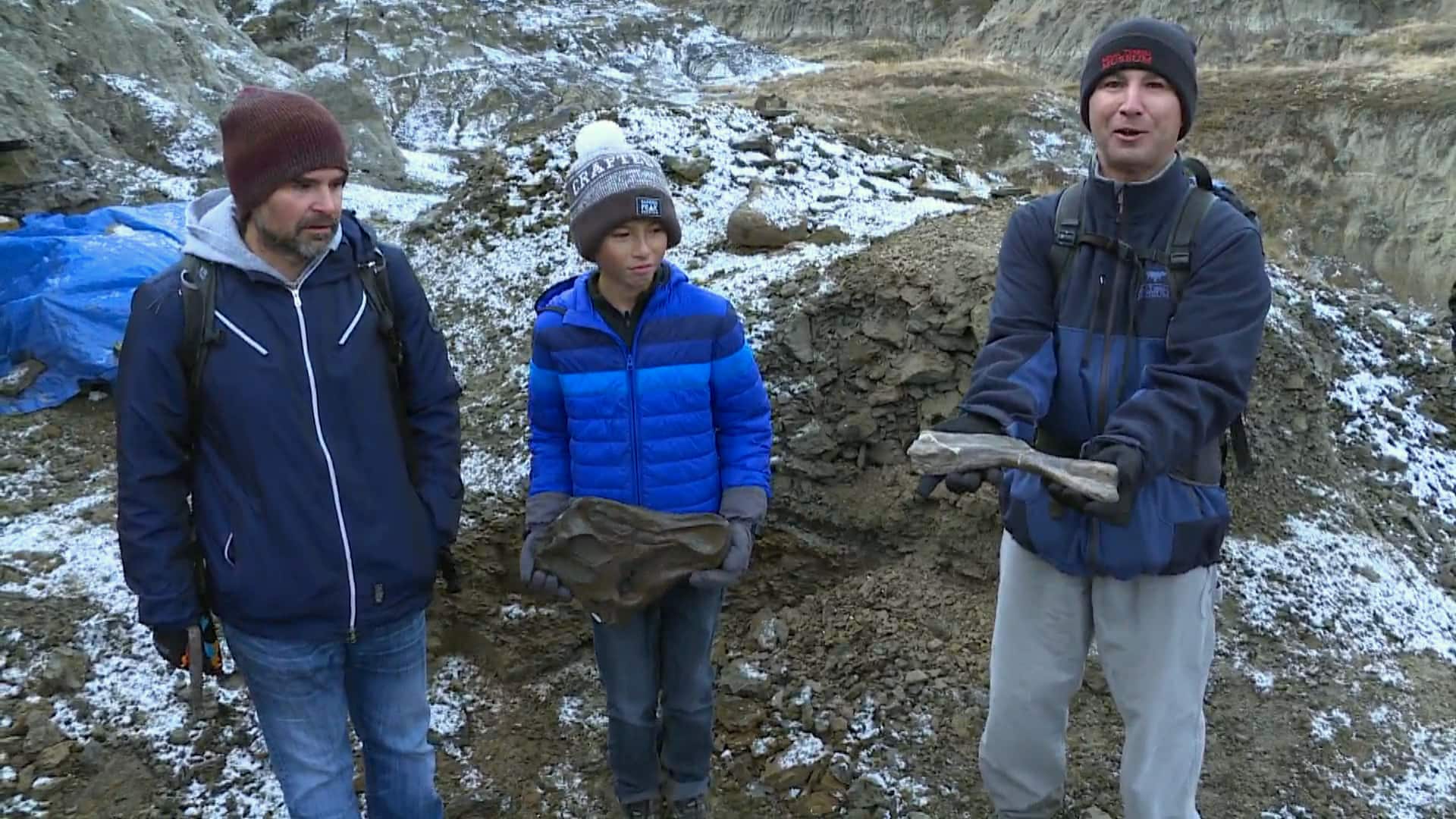 3 months agoVideo
3:42
An aspiring paleontologist made a discovery in Alberta 69 million years in the making, and he's only 12. 3:42

"I was basically just breathless. I was so excited that I didn't feel that excited, I was just so in shock."

Nathan and his father sent photos of the partially exposed bones to the Royal Tyrrell Museum in Drumheller, which confirmed that the bones came from a young hadrosaur, otherwise known as a duck-billed dinosaur.

Fills in gaps of knowledge

François Therrien, a paleontologist at the museum, said a discovery like this in Horseshoe Canyon is uncommon.

"It represents a gap about 69 million years ago, when we don't know what type of dinosaurs lived around here," Therrien said. "So now, the discovery that Nathan made is of great significance because it fills those gaps."

Since Nathan's discovery, between 30 and 50 bones have been found by paleontologists in the canyon's wall, all of which belonged to a single young hadrosaur aged between three and four years old.

"These animals were probably the most common in Alberta in the late Cretaceous period, they were probably as common as deer were today," Therrien said.

Few juvenile skeletons have been recovered in the Badlands, and Nathan's discovery is even more notable due to the skeleton's location in the rock formation, which preserves few fossils.

Nathan joined workers at the site on Thursday, watching them remove pieces of the skeleton in protective jackets of plaster and burlap and taking them back to the museum for cleaning and research.

Nathan said the experience has motivated him even more to pursue his dream.

"Every year we've come here, we've found something a little bit better than the last year," he said. "Now we have to try to outdo ourselves from the skeleton."

The discovery of the hadrosaur was made on the Nodwell property of the Nature Conservancy of Canada (NCC), named after Leila Nodwell.

The Nodwell family entrusted the land to the NCC after her death in 2000, in recognition of her desire to maintain the canyon's natural state.

According to the NCC, the way the Hrushkins handled the find was a "perfect example" of what to do when discovering fossils — leaving them undisturbed in the ground, recording one's location via GPS, and reporting the find along with photos to the Royal Tyrrell Museum.

"You never know. Something that may look insignificant may end up being a significant discovery," Therrien said.