It was a physically gruelling two months of "getting yanked into things and to the ground," but you won't hear this Red Deer native complain about it. 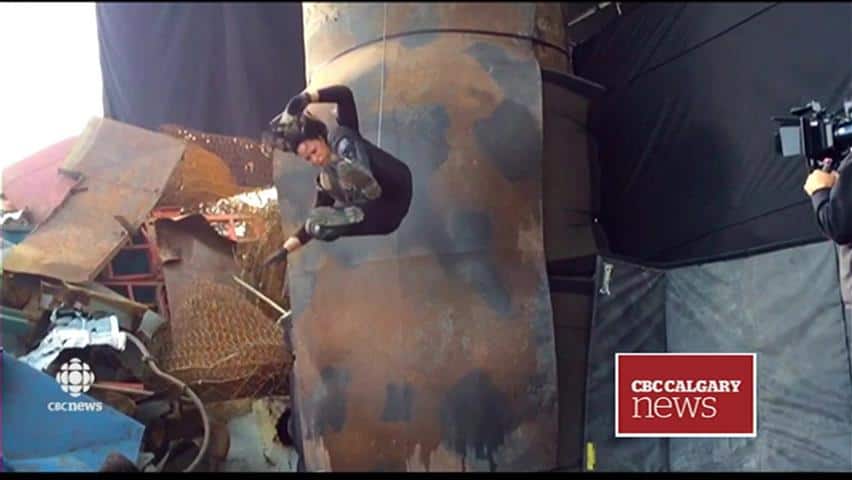 5 years agoVideo
3:55
Stunt double from Red Deer reveals the best part of working on set with actors like Ryan Reynolds 3:55

It was a physically gruelling two months of "getting yanked into things and to the ground," but you won't hear this Red Deer native complain about it.

"It was incredible," said Michelle Smith of her experience acting as a stunt double in the movie Deadpool.

Smith, who has been a stunt double for seven years, said most of her days on set were spent rehearsing wire pull stunts in a harness to simulate being thrown in the air or crashing to the ground.

"It came out of nowhere for me, and the fact that I get to be in something so huge is a completely new experience for me, but I'm loving every minute of it," Smith said.

The best part by far

For Smith, the best part of her job "by far" was meeting Carano and connecting with her on a personal level.

Smith called Carano "a sister," and noted that the two are similar in age, life stage and physical ability.

"I actually did a lot more rehearsals in the show than actual performance days because my actress Gina is extremely capable," Smith said.

"She's a professional fighter in real life, so she knows what she's doing.

"Our personalities match. Our body types match. It's just really nice to know that there's somebody who's that powerful that's making it out there," she said.

"It really inspired me, and I'm so happy that I met her."

Smith had nothing but praise for producer and lead actor Ryan Reynolds.

"He's very, very nice so you'll be happy to hear that," she said.

"He's extremely good looking, just like on film," she joked.

But besides his winning personality traits, Smith lauded his acting chops.

"He would walk around on set in his Deadpool outfit without his mask on, and he's Ryan. As soon as he puts that mask on, he became Deadpool," she said.

"That's a tribute to his acting. Just phenomenal."