A vegan activist, healthy-eating speaker, published author and social media star is bringing his message to the Calgary Health Show this weekend. So what’s the big deal? He’s 12 years old. 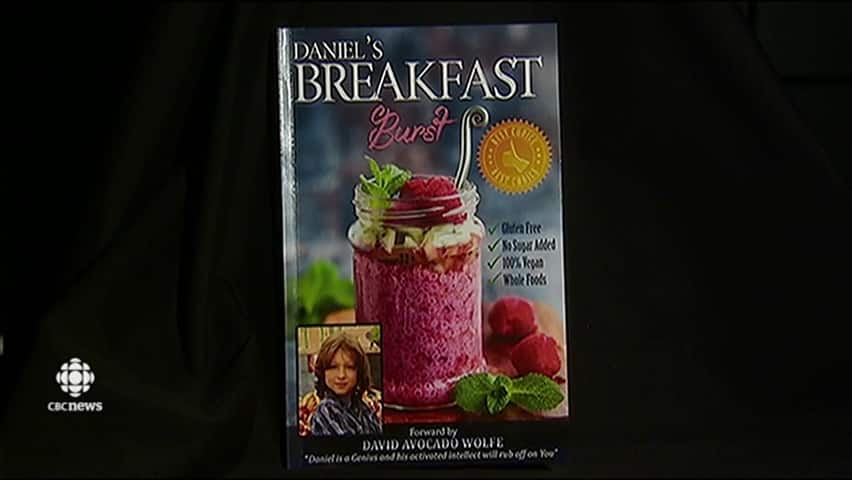 A vegan activist, healthy-eating speaker, published author and social media star is bringing his message to the Calgary Health Show this weekend.

So what's the big deal?

"Eight years of my life I was called the weird kid because I ate different food compared to other people," Daniel Bissonnette told CBC Calgary News at 6 this week.

"They called me the weird kid and it really bothered me for eight years."

But one of Bissonnette's teachers, perhaps unwittingly, discovered something about the child early on.

"But then in Grade 3, since everyone was so curious about why I ate that way, my teacher, Miss Stanley, comes up to me and says, it would be a great idea if I do a presentation on my diet. We were doing speeches."

That got the ball rolling, he said.

"I realized I had certain mental capabilities that other kids didn't have, I had certain advantages, certain strengths that came from eating the food I eat," Bissonnette explained.

"My brain was getting the right fuel it needs. I have the exact same memory as everyone else, it's just I am giving it the right fuel."

Bissonnette shares research and his personal experience with diet, focused heavily on the most important meal of the day, breakfast, through speaking engagements, social media channels and even a book, Daniel's Breakfast Burst.

He says there are three foods that can really make a difference in cognitive abilities.

"The three foods I am focusing on are blueberries, coconut oil, and cacao, which is what all chocolate is made of," he said.

"[They] boost memory, focus and concentration so you can ace that school exam or perform to your peak on that work project."

Bissonnette, who lives near Vancouver, says he hopes to inspire other young people to make dietary changes that will have a big impact.

"I am really passionate for teaching kids how to eat a healthy breakfast, because I know that a lot of kids are afraid that kids will make fun of them if they eat healthy," he said.

"Your body is your temple so you need to eat the right foods and if your friends call you the weird kid, find better friends."

Bissonnette speaks at the Calgary Health Show on Saturday and Sunday.

With files from CBC Calgary News at 6 and The Homestretch