Amidst the COVID-19 pandemic, some Calgary renters are worried they won't be able to pay their rent — and some landlords are worried about the same thing.

Amidst the COVID-19 pandemic, some Calgary renters are worried they won't be able to pay their rent — and some landlords are worried about the same thing.

Both provincial and federal governments are now scrambling to clarify the issues.

The Alberta legislature held a rare Friday sitting, during which NDP leader Rachel Notley called on the province to ban landlords from evicting tenants who can't pay rent during the COVID-19 pandemic.

"We are definitely hearing from people that they are being threatened — that in the absence of paying their full rent, that they will get eviction notices," Notley told reporters at the legislature on Friday.

During question period Friday, Kenney said he's heard some rental management companies are promising no evictions for unpaid rent for the month of April.

Gerry Baxter, executive director of the Calgary Residential Rental Association, said Calgary landlords are taking calls from tenants who believe they don't have to pay their rent following the flurry of federal and provincial support programs announced earlier this week.

"Many landlords have called us, and the questions are not so much, 'I can't pay rent,' [but] … 'I'm told that I don't have to pay rent,'" Baxter said. "I think [this] was based on a misunderstanding of what's come out in the media and through the premier's conference yesterday. Many tenants seem to think that they can live rent free."

Baxter said the federal government may have announced mortgage payment deferrals for homeowners — the logistics of which are still murky — but there's nothing similar for renters.

Some homeowners report they are facing delays, confusion and outright denials from the country's big banks when they attempt to defer their mortgages.

And renters are just as concerned.

Rochelle Satimbre, who is renting a basement suite in northeast Calgary, has a question for her landlord.

"Are they gonna let us not pay for this month and next month?" she asked.

The shoe store where Satimbre works just closed, throwing her out of work. The future of her fiancé's construction job is uncertain — and so, too, is their ability to pay the $700 rent.

"I don't have an income. I had already my last EI payment, and then I didn't get my third payment for a while because it's close, right? So I don't know how to pay the rent," she said. "I mean, we're just going to wait for a GST or my EI income and then, he would apply for EI too. That's the only income we're going to have."

Satimbre plans to talk to her landlord soon about a payment plan, and that's just what Baxter recommends — communication.

"The important thing is for those tenants to go and talk to their landlord, go and talk to them now if it looks like you're not going to be able to pay your rent," he said, adding that a payment plan is one good option.

Baxter said future plans need to be cooperative between landlords and tenants.

"The reality is we do have to pay the bills. Tenants have to pay the rent. So if they can't do it, then they need to be looking at what forms of assistance are currently available to them," he said.

The federal government has announced that they've waived the waiting period for EI and all levels of government are working on further assistance. 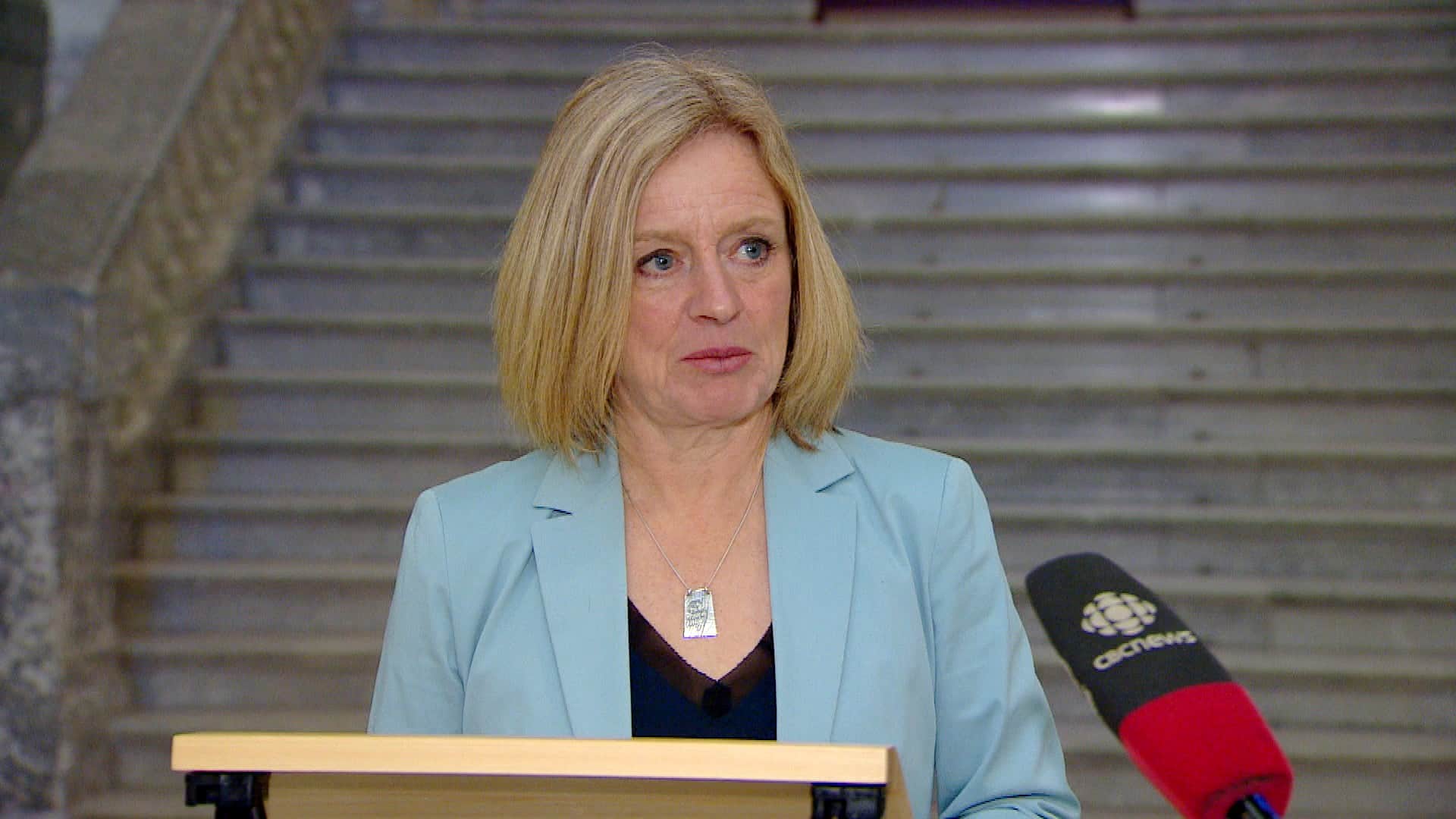 7 months ago
1:16
Rachel Notley calls on the province to create rules to protects renters during the COVID-19 pandemic, but Premier Jason Kenney says it should remain up to the landlords to show 'flexibility.' 1:16

On Friday, the Alberta government worked on changes to clear up confusion when both municipalities and the province declare states of emergency.

"I'm encouraging landlords to be empathetic, be compassionate and be flexible. Do what you can to work with your tenants to help them out," Baxter said. "We can ensure that tenants can live in safe, healthy homes.

"Landlords I've talked to today tell me they certainly don't want to take any steps to have to evict tenants. They would prefer to work with them."

Baxter said recent announcements from the federal and provincial governments will help.

"I think it's really important that tenants take advantage of what services are available to help them," he said, adding he would also like to see the provincial government consider temporary rent subsidies for tenants.

The idea of deferred payments on either side is a concern, Baxter said.

"Well, mortgage payments I guess can be deferred, but the issue is that when they defer the interest, it's still going to be payable. So landlords are still going to pay the interest on it. So the difficulty is that there's additional costs to the landlords," he said, adding deferred utilities are the same thing.

"Landlords are still paying all the utilities, in many cases — they haven't dropped. And I know there will be a waiver, the city says, but it's not a waiver, it's simply deferring. So it means they're going to have to be paid at some time. So all we're doing is just delaying the inevitable," he said.

When it comes to deferred rent, Baxter is adamant.

"It is one of the most harmful things that you could do to a tenant," he said.

"How do tenants ever get out of that hole? … The financial implications it has for tenants trying to recover from something like this, the additional stress it puts on them, it's just incredible."

Ontario, Quebec, Nova Scotia and British Columbia have all taken measures to prevent some or all landlords from evicting tenants affected by the spread of COVID-19.

"Landlords will still need the ability to remove irresponsible tenants who might be engaged in criminal activity, vandalism, grow ops — things of that nature," Kenney said in question period. "So we do have to be careful about how we approach this."

With files from Bryan Labby and Janet French