Calgary's first presumptive case of COVID-19, a woman in her 50s, is an employee at a branch of ATB Financial, the company confirmed Friday. ATB Financial confirmed its Sage Hill and Creekside branches have been closed.

Woman in her 50s, who lives in the Calgary zone, now in self-isolation at home

Calgary's first presumptive case of COVID-19, a woman in her 50s, is an employee at a branch of ATB Financial, health officials confirmed Friday.

ATB Financial confirmed its Sage Hill and Creekside branches have been closed.

"We are doing everything we can to protect the health and safety of our team members and customers. Nothing is more important to ATB," said ATB president Curtis Stange in a statement provided to CBC News.

"To that end, we have been working closely with Alberta Health Services (AHS) to ensure we are as proactive and protective as possible, including closing two of our Calgary locations.

Alberta's chief medical officer of health, Dr. Deena Hinshaw, confirmed Friday during a press conference that ATB was working closely with AHS to limit the spread of the virus.

"AHS is contacting individuals who are considered to be exposed to this case, and these individuals are self-isolating and will be monitoring for the development of symptoms," Hinshaw said. "ATB has taken the proactive measure to close two branches at which the presumptive case may have had exposures. 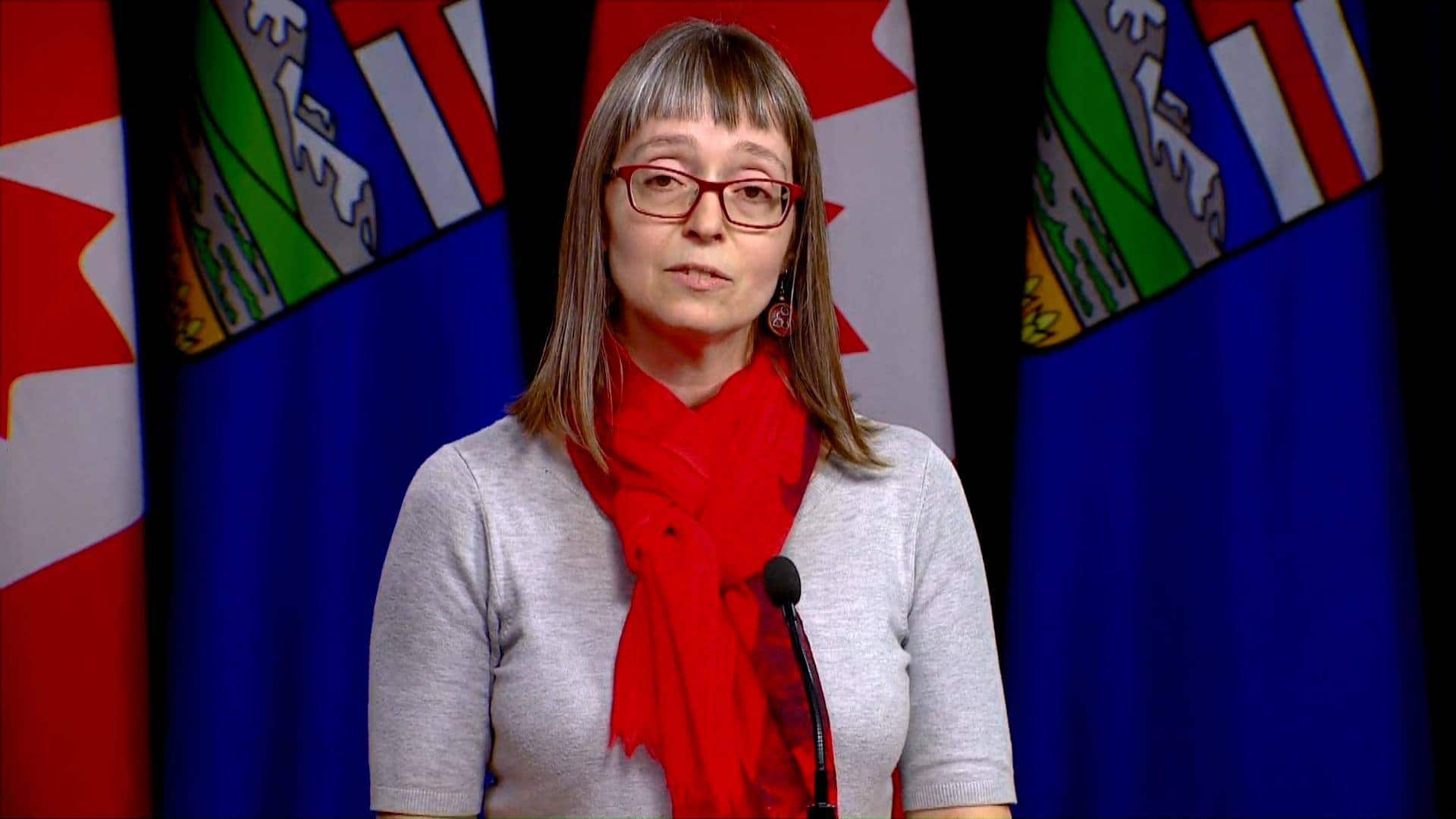 12 months ago
1:52
ATB confirms its Sage Hill and Creekside northwest branches that have been closed after it was announced a worker there, a woman in her 50s, was the first confirmed case of coronavirus in Alberta. 1:52

"Staff at those two branches are also self-isolating. In the coming days, we will continue to closely monitor all close contacts and take appropriate action should anyone develop symptoms."

A second presumptive case of COVID-19 was reported in the province on Friday, this time in the Edmonton health zone.

New numbers show that testing for COVID-19 is ramping up in the province — 375 people have now been tested, 200 more than were tested last week.

It's believed the woman who represents Alberta's first case of COVID-19 picked up the virus while aboard the Grand Princess cruise ship, before it was quarantined off the coast of California. 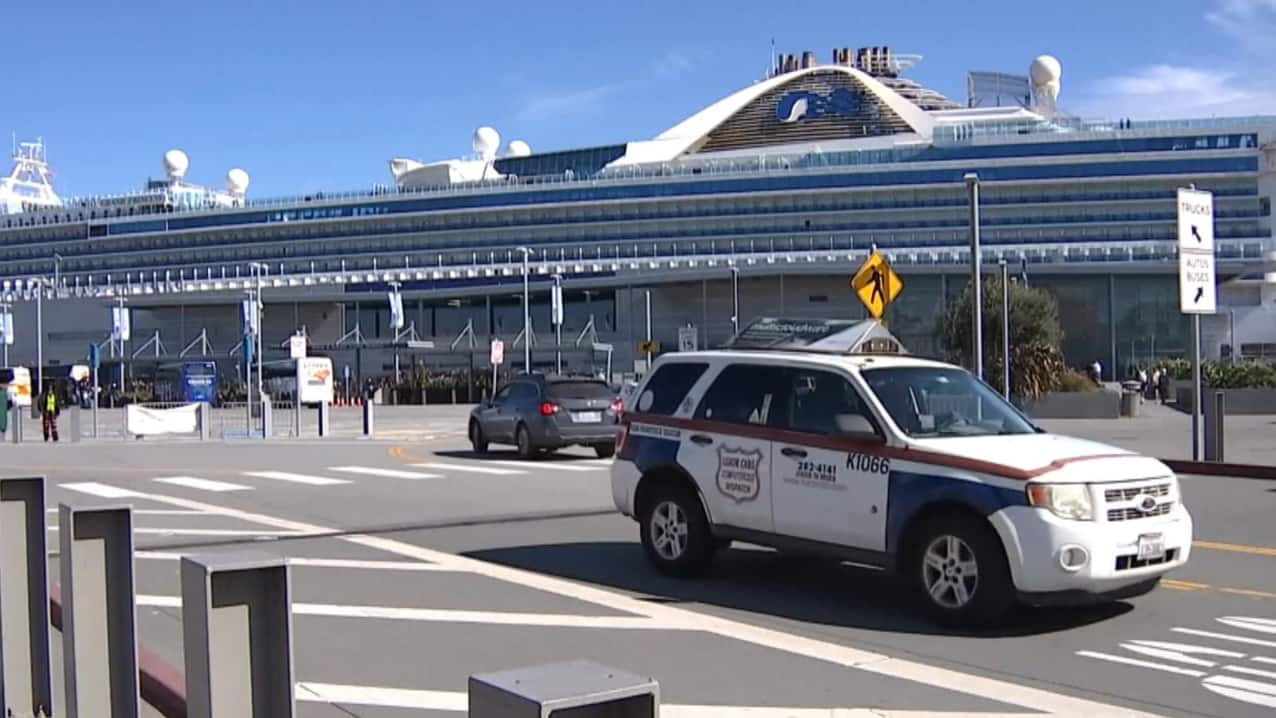 The situation on the quarantined Grand Princess cruise ship

12 months ago
1:49
It's believed the woman who represents Alberta's first case of COVID-19 picked up the virus while aboard the Grand Princess cruise ship, before it was quarantined off the coast of California. Here's CBC's Erin Collins for more from south of the border. 1:49

The woman returned to the Calgary Zone on Feb. 21, but did not self-isolate until Feb. 28, according to Hinshaw.

Teams are now working to track down people she has had contact with.

Craig Jenne, an infectious disease expert in Calgary, said tracing those contacts is crucial when it comes to keeping COVID-19 contained in Alberta.

"This is quite difficult, because at least for myself, I probably can't tell you what I had for breakfast, let alone who I talked to a week ago," Jenne said. "Again, we're fortunate that this requires that close contact, so it's not going to be somebody who was in the same room as you or went shopping on the same day.

"This is going to be, probably, close friends and family, more than anything else."

Experts are reminding Albertans who feel sick to stay home and to refrain from visiting loved ones in hospitals or long-term facilities, as those individuals are at the highest risk of catching the virus.

Over the past several weeks, Calgary department stores have seen their stock of certain items — such as bottled water, toilet paper and hand disinfectants — quickly deplete.

Dr. John Conly, an infectious disease doctor in the Snyder Institute at the University of Calgary, said such "panic buying" and hoarding is a social phenomenon already under study in multiple places.

"[We've seen this] in the United States, Iran, Italy, but we're starting to see it in Canada now, and we have a relatively low number of cases," he said. "There are social scientists from [universities] that can study this and look at what is it that is driving this. Is it the fear of the unknown? There are a number of very interesting psychological issues that need to be addressed."

Particularly interesting to Conly is how multiple large department stores in Calgary have quickly sold out of toilet paper over the past number of days.

"Part of the reason for toilet paper, I'm led to understand, are individuals who have stated, 'well, be ready for a two-week furlough. It might be longer, so as a result, stock up now,'" he said. "That has led to an overexuberant response by the general public — 'I'm going to hoard everything I can, buy up all the toilet paper and put it in my home so I've got it.

"Who knows, maybe somebody's thinking, 'I can make money on this when all the stores run out.'"

U of C receives research funding

Three teams at the University of Calgary will proceed with research to mitigate the spread of COVID-19 after receiving new funding from the federal government.

The university received more than $1.6 million for research, representatives announced Friday. It's part of the federal government's $27 million allocated toward funding coronavirus research.

The funds will help one team develop a portable bedside tool that will assist health-care workers to quickly identify the virus, even outside of hospitals and laboratories, according to a release.

Myles Leslie, associate director of research at the University of Calgary's School of Public Policy, said the school has been working on pandemic response for "a couple of decades," stretching back to the SARS outbreak.

"[My team] is here to study how the fog of war comes over and prevents people from being able to understand where to send the information and prevents people out in the field — the primary care physicians, the acute care physicians — from picking up the information," Leslie said. "Are we there yet? Probably not. But would you expect any human system to be perfect? No.

"This is us, trying to help that system, in real time, get better."

The third team at the university will study how outbreaks like COVID-19 affect children and their families.

The Government of Canada initially announced a $7-million investment for research but increased that to $27 million after receiving an "overwhelming response" to the call for research applications.

In total, 47 research teams from across Canada will receive a portion of the federal investment.

The COVID-19 outbreak has resulted in cancellations and impacted dozens of events around the world.

In Calgary, some event cancellations were confirmed as of Friday.

With files from Jennifer Lee, Mike Symington and the Canadian Press