A man convicted of first degree murder in a Calgary triple homicide is hoping to get a new trial. 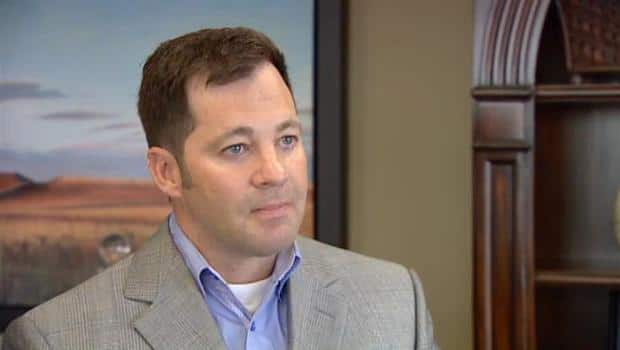 8 years ago
4:04
Greg Dunn, Real Honario's former lawyer reacts to news that two other co-convicted were granted a new trial plus what went wrong and why RCMP are largely to blame. 4:04

A man convicted of first degree murder in a Calgary triple homicide is hoping to get a new trial.

Real Honario was convicted in 2012 of two counts of first degree murder over the shooting deaths at the Bolsa restaurant on New Year's Day 2009.

The tesimony of one witness, known as M.M., played a major role in all of the Bolsa convictions. However, his credibility has been thrown into question in light of a 2011 incident in which he told Saskatchewan RCMP while intoxicated that he had commited the shootings.

That incident was revealed to local police and lawyers only last year.

"In Mr. Honario's trial, the theory of defence was that M.M. played a prominent role in the shootings at Bolsa, a more prominent role than he was willing to accept," says Honario's lawyer Andrea Urquhart, "and this has been supported by the confession M.M. gave to the RCMP."

The shooting in Calgary's southeast was part of an escalating feud between rival gangs Fresh Off The Boat and FOB Killers.

Three men, including Honario, were convicted in the deaths of two men with gang ties and a bystander.

Honario had confessed to playing a role in the shootings, a key piece of evidence for the prosecution in the trial.

A fourth man, Nicholas Hovanesian also pleaded guilty and was sentenced in March.

The Crown has already agreed to new trials for two of the men convicted in the shootings, Nathan Zuccherato and Michael Roberto.

Urquhart says that an appeal of Honario's conviction has not been filed yet, meaning any decision on his hope for a new trial is still months away.