The City of Calgary now says the Art for an Oil-free Coast exhibit at City Hall violates a bylaw because it promotes a political agenda. 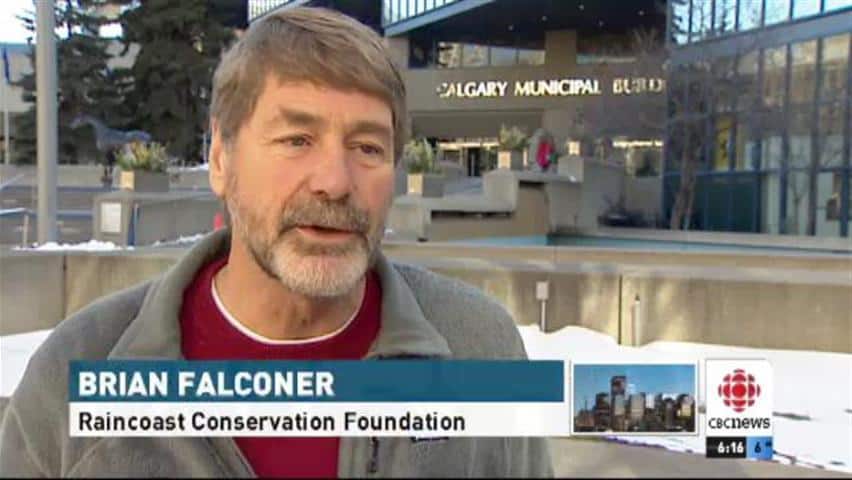 8 years ago
1:56
The City of Calgary now says the Art for an Oil-free Coast exhibit at City Hall violates a bylaw because it promotes a political agenda. 1:56

The City of Calgary now says the Art for an Oil-free Coast exhibit at City Hall violates a bylaw because it promotes a political agenda.

Ald. Diane Colley-Urquhart complained about the exhibit because she says organizers broke City Hall rules by having a political cause and for offering their art for sale.

"They are objecting to the Northern Gateway pipeline and they're using this beautiful artwork that's been donated in order to raise funds to oppose it and so that's the huge problem I had with it," she said. "These people were just simply dishonest."

City officials approved the display, but now say organizers — the Rainforest Conservation Foundation — are not following specific criteria for events held in the municipal complex atrium.

The paintings and sculptures have a common West Coast theme — the ocean, First Nations and wildlife — but there are also images of oil spills and the tanker Exxon Valdez, which polluted Alaska's coastline in 1989.

The exhibit featured the work of artists Robert Bateman and Carol Evans.

Display allowed to stay until end of run

City officials are letting the display stay until the end of its run this afternoon but organizers were told to not do any media interviews in City Hall.

"It has come to the attention that the Rainforest Conservation Foundation is utilizing the art exhibit to promote a political agenda ... your permit would be normally revoked," a city letter to the group stated.

"The city recognizes the need to improve our own process. Given the exhibition is over [Wednesday] and the need to pack the art safely, we will not be revoking your permit at this time."

Brian Falconer, with the Rainforest Conservation Foundation, says their permit application included photos of all of the art with information about their organization, so the city knew exactly what it approved.

"They basically have got some pressure from particular individuals, I think, about this particular exhibit because it's a conversation but I guess it's not a comfortable conversation for some people," he said.

The art exhibit heads to Canmore next.