A vacant lot left behind after the Calgary floods in 2013 has been transformed into a thriving community garden where inner-city residents can try their hand at growing vegetables.

Residents in Mission transformed a local eyesore into something special 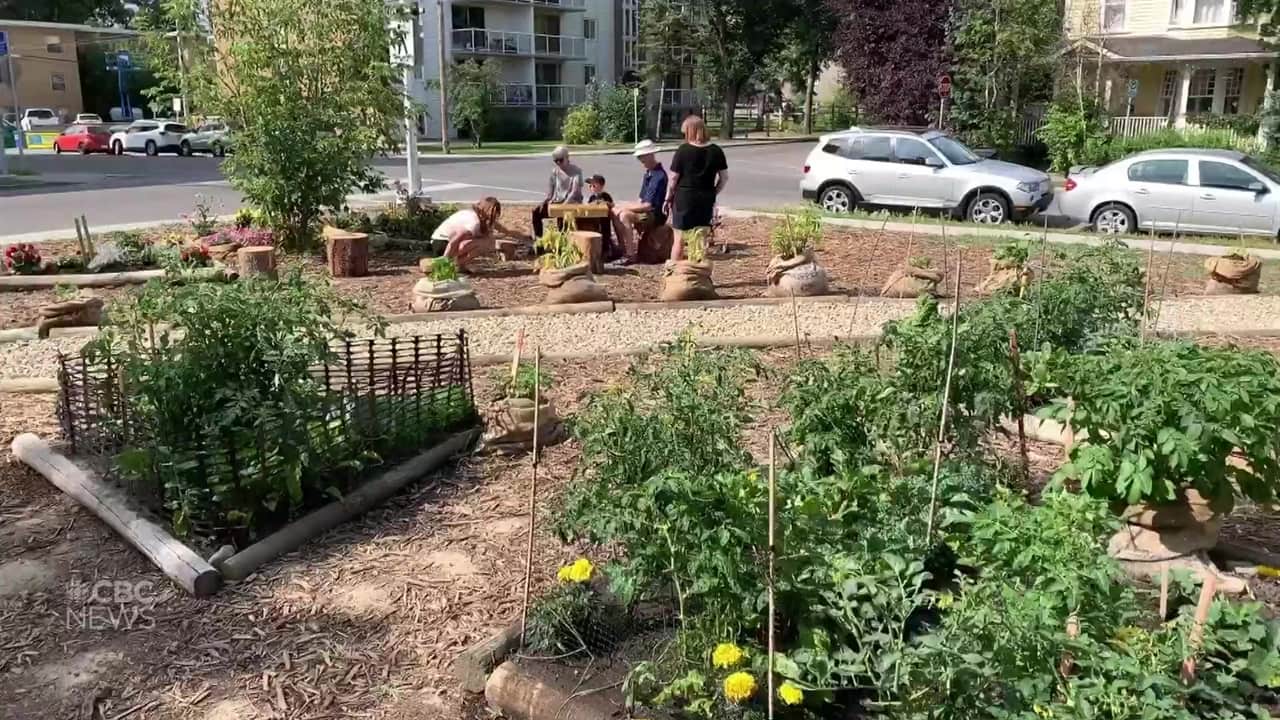 A vacant lot left behind on a residential street after the Calgary floods in 2013 has been transformed into a thriving community garden where inner-city residents can try their hand at growing vegetables while getting to know their neighbours.

And according to the people who worked to make it happen, it's already been a huge success.

A team of volunteers spent six days transforming it into a busy community garden and gathering space called the Possible Garden.

What was once a forgettable and neglected piece of land now includes a neat walking path, gathering areas, an outdoor chess board and 19 vegetable and flower beds being tended to by 22 local gardeners.

The garden has been designed and built with social distancing in mind, complete with wider walkways and space between plots of land which residents can sign up to grow on.

"It's about building community," said Amber Yeo, one of the co-managers of the garden.

"We've been joking that really we're growing more than just plants, we're building friendships and a sense of community. I know we have a community here, new friends and I know all the neighbours now."

Yeo said the garden is a huge attraction to everyone in the neighbourhood, adding that gardening can transform both physical and mental health at a time when many need healthy distractions.

"People are laid off or working from home and the opportunity to be able to get together with people and do something positive is such a huge thing," Yeo said.

Yeo hopes other communities in the city can explore vacant pieces of land in their neighbourhoods that might be suitable for a similar project.

"It's really brought the community together at a time when we really need it. People are disconnected and isolated," said Ted Knudtson, vice president of the Cliff Bungalow-Mission Community Association.

"Any vegetables and flowers that are grown are just a bonus. The friendships that people will come away with will last far longer than any of the tomatoes they grow," said Knudtson.

Knudtson said the project was made possible by the landowner who was willing to work with the community. He hopes others sitting on undeveloped land might follow suit.

Local resident Kaitlyn Ahearn had been on a wait list for another community garden and took a small plot just a block away from her home.

"This is my first garden and it's exciting to try it out. It's also important to see this space come to life where before it was just empty," Ahearn said.

The garden is attracting others in the neighbourhood who have no ambitions to start gardening but do like what's been created.

Linda Abercrombie has lived in the neighbourhood for 42 years.

"It's absolutely marvellous. We lived through the flood in 2013 and the house that was here lasted for a few years and then we had this big empty lot that wasn't too pleasant," said Abercrombie.

Abercrombie said it makes a big difference to see all the new positive activity around the corner lot. She said kids, parents, dog walkers and residents all stop to check out the new space.