When the Supreme Court ruled 5-4 in favour of hard deadlines to bring criminal cases to trial, courts struggled to keep up. To avoid criminal court delays, many jurisdictions funnelled resources from civil courts — but now civil courts are feeling the pinch as people wait for resolution.

'It's twisted, there's something wrong with the system,' woman waiting for estate to be settled says

A few years ago, Sandra Peredery was gardening and taking care of the home and acreage she shared with her common-law husband.

Today, as a civil case over the property she's called home for years drags on, she is chopping wood to fuel the stove. It's the only source of heat in the ramshackle mobile home she's living in about a half-hour's drive north of Edmonton.

Four years ago, Peredery's common-law husband of ten years died. Within a year or so of his death, the 56-year old had negotiated her portion of his estate. But two others with claims to the estate are mired in a legal battle that's dragged on for years and kept her from accessing her share of the estate.

There's more than one cause driving delays in Canada's civil courts, but one of the biggest strains on the system came in July 2016. That's when the Supreme Court of Canada issued a 5-4 decision that some criminal cases were taking too long, denying swift justice for accused criminals.

You cannot keep up the pace that this court is presently being subjected to and get the quality of justice I think the public deserves.- Neil  Wittmann , Alberta's recently retired chief justice

Hundreds of serious criminal cases including murders, sexual assaults and drug trafficking were stayed by courts because the accused constitutional right to a timely trial was infringed.

To avoid such cases, many jurisdictions in the country funnelled resources from civil courts, which handle lawsuits, personal injury claims, family law and estate claims, to handle those top priority criminal cases.

That means in many areas, delays in civil cases — which were already a problem — are getting worse.

The Trudeau government is set to introduce legislation Thursday designed to help ease the burdens the Jordan decision is having on the system, but Peredery doesn't hold out much hope the measures will help her.

Mark Feehan, Peredery's lawyer, tells her if the case over the estate proceeds to trial, there likely won't be a court date before 2021.

For Peredery, who lives on very little income, waiting for the case to be resolved has been a challenge. 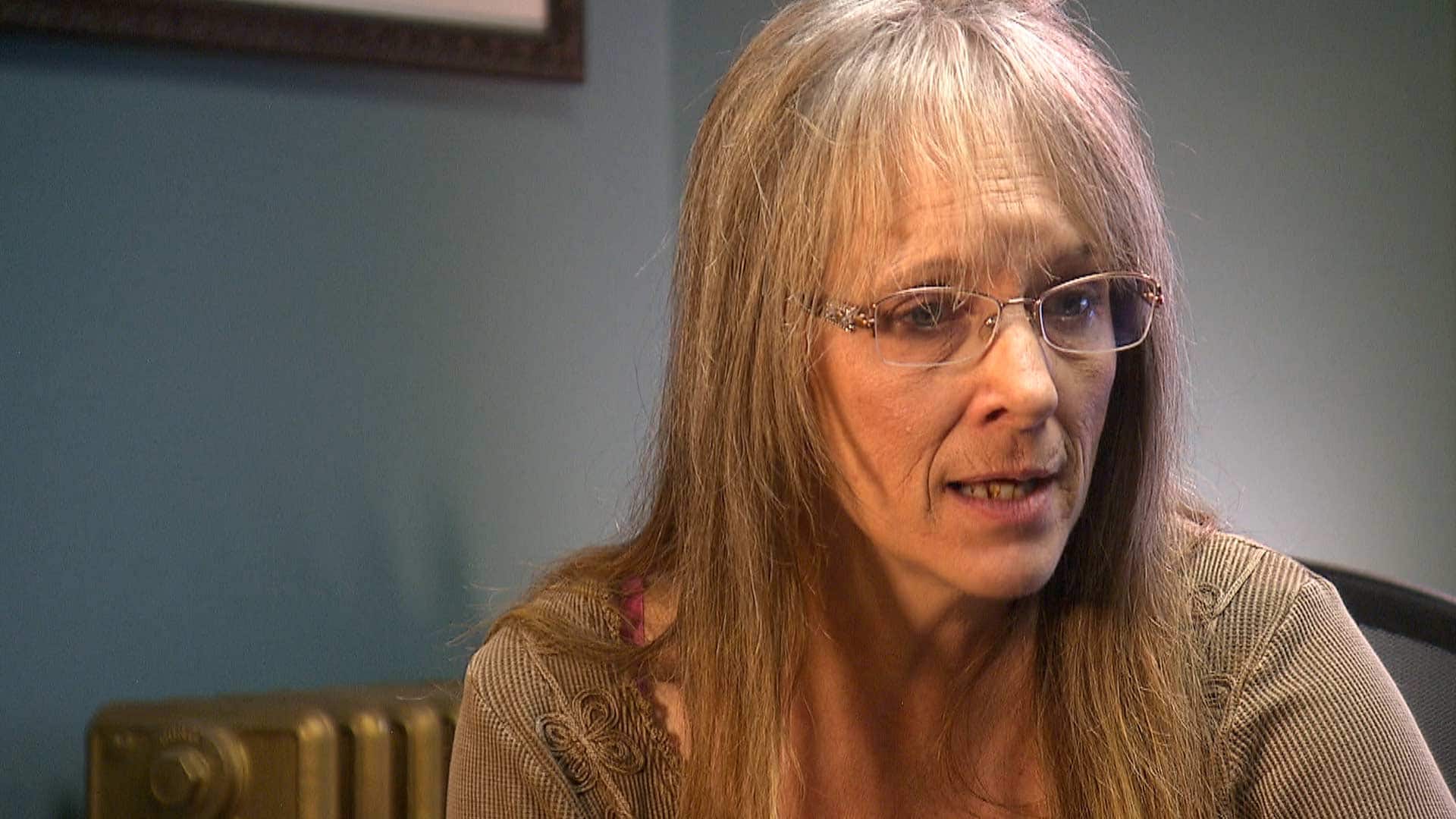 'My life has been a struggle'

3 years agoVideo
1:05
Civil court delays have had a real impact on Sandra Peredery 1:05

In addition to being Peredery's lawyer, Feehan is also president of the Alberta Civil Trial Lawyers Association in Edmonton.

"We don't want alleged murderers walking the streets, and we all understand that.  But family law or estate arguments or personal injury they all just kind of got put on the back burner."

Neil Wittmann, Alberta's recently retired chief justice, says the system is struggling under the strain of the deadlines.

"You cannot keep up the pace that this court is presently being subjected to and get the quality of justice I think the public deserves."

Alberta was one of the places that couldn't simply redirect resources from civil to criminal courts to help deal with backlog in the criminal courts due to the Jordan decision.

"I think the 11 or 12 judges that the government of Canada promised me when I was there and put it in their budget, maybe one of those has been filled," Wittmann said in an interview with CBC News.

A list of federally appointed judges shows that as of March 1, in Alberta there were three vacancies on the Court of Appeal and 11 Queen's Bench vacancies.

The combination of increased workload from the Jordan decision and a lack of judges in Alberta is rapidly affecting waits for civil cases.

For example, in Calgary in 2016, the average time for a civil case to be brought to trial was 92 weeks. Today, it's double that.

"People, like me, I don't even think we're on the back burner. I think we've been put on the side to cool," Peredery says.