The City of Calgary is suspending all beaver trapping until a review into an incident two weeks ago is complete. 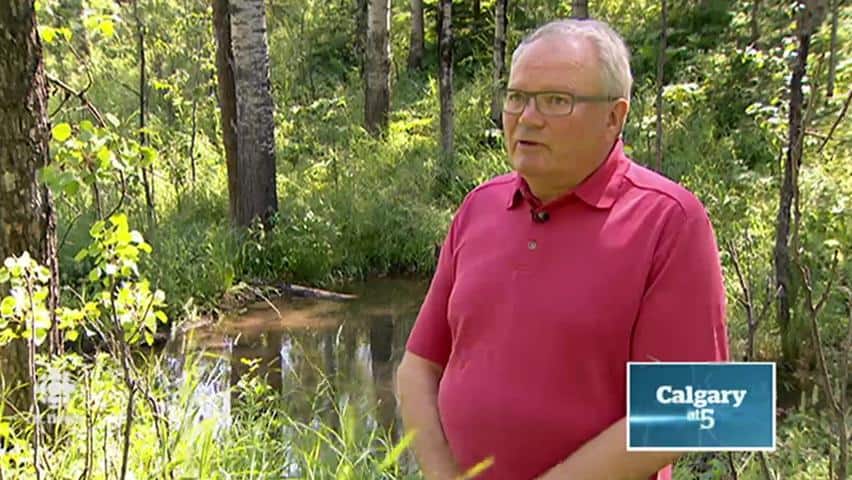 7 years ago
2:38
An incident at Fish Creek Park upset some animal lovers who use the park. 2:38

The City of Calgary is suspending all beaver trapping until a review into an incident two weeks ago is complete.

A beaver had been building a dam in Fish Creek Provincial Park, and the city says it was going to flood a bike path.

Officials hired a contractor to trap and kill the animal, but debris got caught in the trap and it didn't work properly.

People using the path spotted the beaver struggling to free itself.

City crews have not been able to find the beaver, but part of its paw was found in the trap.

The incident upset some animal lovers who use the park.

"I can understand why the city has to relocate them or remove them from certain areas," said wildlife photographer Susan Heaven. "But there must be a better way and a more humane way. We should be better than that. It's cruel."

James Burrow, head of pest management for the city, says it was an extremely rare incident. He said he hasn't heard of a beaver being caught alive in a trap in 25 years.

Burrow added that killing beavers is always a last resort.

"The City of Calgary is fully aware of the importance of the beaver in the environment and even in the history of Canada, but it would be irresponsible of us to allow beaver activity to continue where public safety was at risk or where the beaver would damage public infrastructure," he said.

The city uses several methods to manage beavers, including wrapping trees with wire, planting species of trees that beavers don't touch and installing flow devices under their dams to keep water flowing.

The Association for the Protection of Fur Bearing Animals wants Calgarians to sign a petition and write letters to the mayor and councillors asking the city to stop using traps.

Many people consider conibear traps — which is what the city uses for beavers — to be humane. But the association says that’s not the case.

"It can take beavers up to 20 minutes to die and in some cases beavers can and will chew off their legs to escape," said executive director Lesley Fox.

The city sets the traps under water and out of reach for pets and people.

"I can't comment on whether it's humane or not," said Burrow. "It's a method that is used extensively across North America."

There is a debate over whether the city should consider relocating beavers that are causing damage.

It has been done successfully at the Ann and Sandy Cross Conservation Area, south of Highway 22X between Calgary and Priddis.

A female, male and two kits were captured in Airdrie a few years ago and relocated to the conservation area.

Greg Shyba, CEO of the conservation area, says the family is now thriving.

"They've changed the ecology of the area. I think that in many instances there's opportunities to manage the land better or relocate them into areas such as ours. We would like to have more beavers here," he said.

Shyba said he has offered to take some beavers from Calgary, but was turned away.

The city says it doesn't relocate the rodents because setting live traps isn't safe for people and pets and because beavers are highly territorial and often don't survive the move.

The Association for the Protection of Fur Bearing Animals is also against relocation.

"There may be existing competition for food sources and other resources. Relocation is not the answer, the answer is co-existence."

Fox says her organization has successfully helped other municipalities to co-exist with beavers, and has offered to help the Calgary officials for free. She says there has been no response.

The city says it is reviewing its beaver management practices this week and is always open to new practices.

"When new things come to us, we try to employ it as soon as possible."