EMS had already pronounced the young woman dead, but Const. Nicole Buchanan knew the bloodied passenger lying trapped inside the crumpled taxi was still alive and fought to get her out. She is one of 25 Calgarians whose extraordinary bravery and service were honoured this week by the police chief.

'The car itself was like an accordion on both sides,' recalls Const. Nicole Buchanan 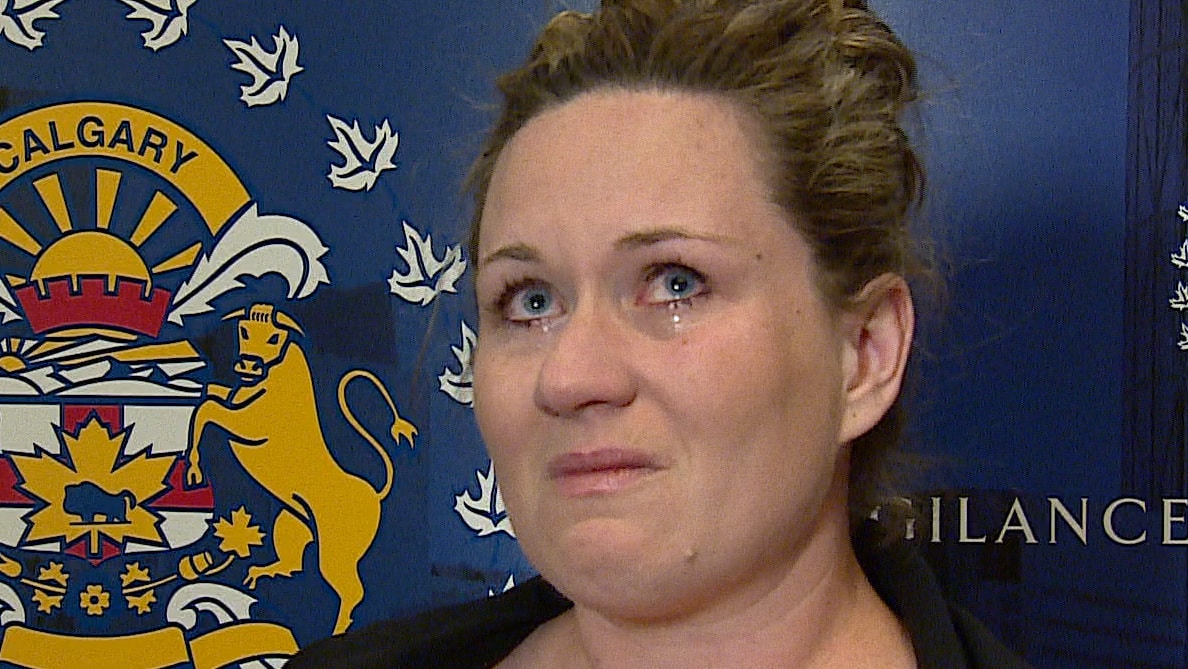 5 years agoVideo
0:49
Police officers went above and beyond the call of duty to try to save two people, trapped inside a crumpled taxi. 0:49

Moments before, an Escalade had blown through a red light and slammed into a taxi, sending it flying through the intersection into a light post.

"The car itself was like an accordion on both sides. None of the doors would open, including the hatch in the back," recalled Buchanan, who was given the Life Saving Award from Chief Const. Roger Chaffin Thursday night.

She was one of 25 Calgarians who received special recognition at the 2016 Chief's Gala Awards for extraordinary bravery and service in their community.

Police typically do not attend a crash scene before EMS or fire arrive on scene with the necessary tools for extraction, but Buchanan and her partner heard the call come in while patrolling nearby.

"We started using all and every tool available to us," she said.

"We were using those to force our way into the vehicle, ripping off doors, breaking the windows."

Her partner and former medic, Const. Gene Newcombe, climbed inside the taxi to make sure the woman's airway was clear, held her head stable and gave reports to EMS about her condition while firefighters worked to get her out.

'She was doing everything right'

Despite the heroic team effort, both the 25-year-old woman and the taxi driver, 46, died as a result of their injuries.

"Being a young woman, she still had her entire life ahead of her," Buchanan said, her voice cracking with emotion.

"That night, she was doing everything right.

"She left her vehicle where she was supposed to and took a taxi cab. It's hard to know that, to do everything right, that that was the fate that she had that night."

A later investigation into the crash revealed all of the occupants in the Escalade had been drinking prior to the accident. The driver was charged with two counts of criminal negligence causing death.

Buchanan said she was honoured to receive the Life Saving Award.

"Lots of us go to work every single day, regardless of recognition, not expecting recognition, but it is nice when we are recognized for doing things that not everyone does on a day to day basis."