OPINION | What the hell happened to Charles Adler?

What happens when your conscience is no longer in step with your public image? Michael Coren knows a thing or two about that.

Lessons on becoming a pariah, from Michael Coren

Could be a travelling stage act, but alas nothing like so interesting.

Adler is a highly successful talk-radio host, an Emmy and RTDNA lifetime achievement award-winner, who now has a national show on the Corus network. I'm less grand. I write columns and the occasional book, and appear on television and radio fairly regularly. He's in Vancouver. I'm in Toronto. And we haven't seen one another or worked together for many years.

What has united us recently, however, is that we have changed.

And that, we have both discovered, is — for certain people — the unpardonable sin.

In Adler's case, I'd even question if this were a change at all, rather than a development of a long-standing political ideology.

Adler is complex and nuanced

It always seemed to me that he was one of the more interesting media voices, a libertarian rather than a party ideologue, and prepared to criticize all and every. As someone whose family experienced both Nazi and Stalinist oppression — they were Hungarian Jews — he's always been acutely aware of the dangers of state control and censorship.

Back when I was a social conservative, Charles would tolerate my opposition to abortion rights and equal marriage, but was clearly unsupportive. In other words, he was complex and nuanced, and it doesn't surprise me that there are now some, but only some, people on the right who are accusing him of betrayal and even blasphemy.

The reality is a little different from the spin.

During the Alberta election, Adler asked Jason Kenney why "knuckle-draggers" were attracted to his party, and why candidate Mark Smith was still in the fold.

A six-year-old recording had emerged with Smith making repugnant remarks about the LGBTQ community, and women who have abortions.

Some of Adler's listeners evidently assumed, and wanted, the interview to be soft and even reverential.

That's when the attacks on Adler began, and they've continued with increasing nastiness and regularity.

Never one to back down from irrational opposition, Adler went on to ask Andrew Scheer on Twitter why he had allowed "any ambiguity" about where he stood on conversion therapy, and rightly condemned it as being "peddled by charlatans."

A few days ago, he asked the Conservative leader to distance himself from western separatism, and this week he tweeted that he was "through" with the Conservatives, after he was told by one right-wing type that his change of ideas must be due to "Alzheimer's." Adler's father had died from it, and the attack was obviously too personal to tolerate.

The social media mob, ever grotesque, had grabbed their metaphorical torches and was marching on Castle Adler.

Personally, I think all this makes him a more interesting and compelling journalist, and the edits or evolution in his views are minor and very much part of an intellectual continuum. The reaction has been disproportionate and hysterical.

The reason Adler has sometimes been paired with me is that five years ago I also experienced a change, but one that was far more dramatic and substantive, and more spiritual than political.

I'd been a Christian since the mid-1980s, but had gradually adopted an orthodox Roman Catholic position, and made my views widely known in print and on television.

This was my faith, my community, my career and my identity.

'I had a conversion'

The problem was that, in early 2014, I had a number of encounters with people, and with incidents, that forced me to radically reconsider my stance on same-sex marriage and LGBTQ rights. It led to an anguish, a crisis I suppose, that I'd never experienced before. At the risk of sounding too pious and supernatural, I had a conversion.

I began by writing an apology in my syndicated column for any harm or pain I had caused to the gay community. I knew there would be a reaction. What I didn't know, however, was how angry and extreme that reaction would be.

It was alleged that I had had a nervous breakdown, that I was a child abuser, that my wife had left me (she also received letters from people explaining that she should, in fact, leave me), and that I was only saying all this for the money. The latter was especially odd, as within a month I had lost almost all of my income. 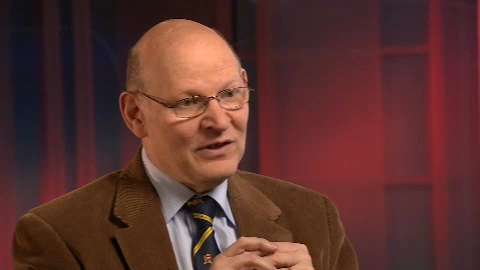 Michael Coren on his change of heart on same-sex marriage

6 years ago
Duration 10:26
Broadcaster and author Michael Coren became famous for his conservative take -- including his opposition to same-sex marriage. Now, Coren says he's changed his mind. He tells Wendy Mesley why.

That was sometimes understandable: my new beliefs led me to leave the Roman Catholic Church for Anglicanism, and so my three or four regular columns in Catholic publications came to an end, and my Catholic TV and radio gigs were terminated. Less fair was being fired by the Christian TV show 100 Huntley Street as a regular guest host, even though I'd never mentioned equal marriage when I appeared.

Naturally, I was also "accused" of being gay, or that my children were gay. I couldn't care less if they are, but they're not.

But within all of the nastiness and lies, there were the letters of support from so many people, gay and straight, and the sheer love and compassion from those I knew and from others I'd never met before. It was overwhelming.

That all seems a long time ago now, and I thank God every day that it occurred.

It was not in spite of but because of my faith, and it led me to spend three years at Trinity College, University of Toronto, studying for a Masters of Divinity degree, and to a sense of peace that I never knew could exist.

A phobia of change

Here's the question that applies to Charles Adler as well as to myself. Why does change so intimidate and anger certain people?

It's one thing to regret someone's move, to reject them as an ally, or to be disappointed in them; but the hysteria and the obsession that Adler is witnessing, and which to a lesser extent I still face even now, goes beyond the reasonable.

I believe it to be personal. People are threatened by what they see, and implicitly realize that what they considered sacrosanct and beyond doubt is in fact entirely worthy to be deconstructed. Their comfort zone has been challenged, their security in certainty dented. So rather than listening to the message, they try to discredit the messenger.

Every now and again, someone will post a column or video by me from seven or eight years ago to somehow prove that "Michael Coren is a monster" and "Look, he used to have different opinions." That's the whole point! Nope, not a monster, simply a flawed person who in his mid-50s realized that he didn't have all of the answers, and sometimes had the wrong ones.

I hope that Charles Adler will be OK and, knowing his toughness, I have no real doubt.

It's those with the change phobia who more concern me.

Michael Coren is an award-winning author, broadcaster and columnist, and also an ordained cleric in the Anglican Church of Canada. His next book, The Rebel Christ, will be published in October. Coren’s website is michaelcoren.com and his Twitter handle is @michaelcoren